Last week was a small adventure. I went to Mozambique to make maps, as part of theYouth Empowerment through Arts and Media program. The main goal was to train youngsters in order for them to be capable to make a basic cartography of the surrounding rural communities.

This travel is part of the Humanitarian OpenStreetMap Team activities. After the successes of Kibera and Haiti, we want to check how much we can help by providing cartography.

Cartography in developing areas provides a great amount of situational awareness - in order to help, one needs to know where the help is needed. In the case of Mozambique rural communities, we're talking about knowing who has a water well and access to healthcare and education, and who doesn't.

The problem with rural Mozambique is that the population is very disperse. Each family unit lives in an isolated set of huts, away from the other families in the community. There is so much land available that the majority of the land is neither used or managed. 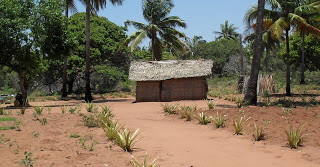 Which leds to think that, maybe, the successes at Kibera and Haiti are, in part, due to them being dense urban areas, where a kilometer square of information is very useful.

It has been repeated ad nauseam that geographic information is the infrastructure of infrastructures. Large-scale humanitarian problems can't be tackled without cartographic support - without it, there isn't situational awareness, nor coordinating efforts will be possible, something very important in an era when aid can get in the way of helping. However, even with agile surveying techniques and massively crowdsourced work, the cost of surveying large areas is still big. And, as in all the other problems, technology isn't the silver bullet.

That said, the way one has to go to reach the rural communities doesn't have anything to do with the occidentalized stereotypical image of rural sub-Saharan Africa. There are no lions, nor black children with inflated bellies due to starvation.

There is, however, the image of a developed country but in which the public agencies work at half throttle. Mass transit, garbage collection, urbanism, civil protection, environment, job market, education, social security. Everything's there, but everything works at a much lower level than one could expect. To give out an example, the AdministraÃ§ao Nacional de Estradas (national roads administration) plans switching of one-way lanes over hand-drawn sketches. 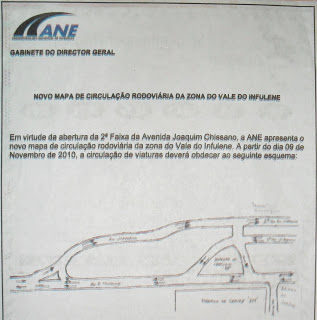 The reasons that explain the situation of the country are not simple, not by far, but in general terms they can be resumed in two: the war of independence of 1964-1975 and the civil war of 1977-1992. Living is not bad, but also not good, and part of the population is expecting international humanitarian aid to magically solve all of their problems.

When one stops to think, the situation eerily reminds of the Spanish movie Welcome, Mr. Marshall. Only that everyone's black, they don't dance sevillanas, and instead of railroads they expect healthcare and education.

Wait a moment. A reconstruction 20 years after a civil war, external aid, and the need of cartography for a full country? This reminds me to the 1956-57 Spain general flight, popularly known among Spanish cartographers as the american flight. 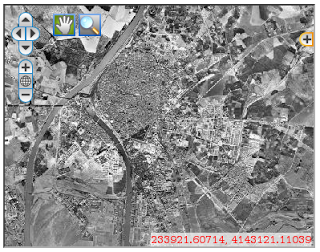 These aerial photographs, made in collaboration with the U.S. Army Map Service, had a great influence in the topographic maps of that period, and even today they are an invaluable resource to study changes in land use.

Which is, then, the best solution? Yo inject geospatial technology may be a short-term gain, long-term pain in the form of 9000â‚¬/seat software licenses. Mr. Marshall won't come with a grand orthophotogrameric flight. Military mapping agencies won't implement SDIs overnight. Training aid workers and locals into surveying is possible, but slow and expensive, although it might be the only doable thing.