In August, HOT Philippines began field work for the PhilAWARE project. The mapping team based in Pampanga began their work on August 12, training members of and volunteers from the local government unit to use OpenStreetMap. They also began field mapping on August 19. 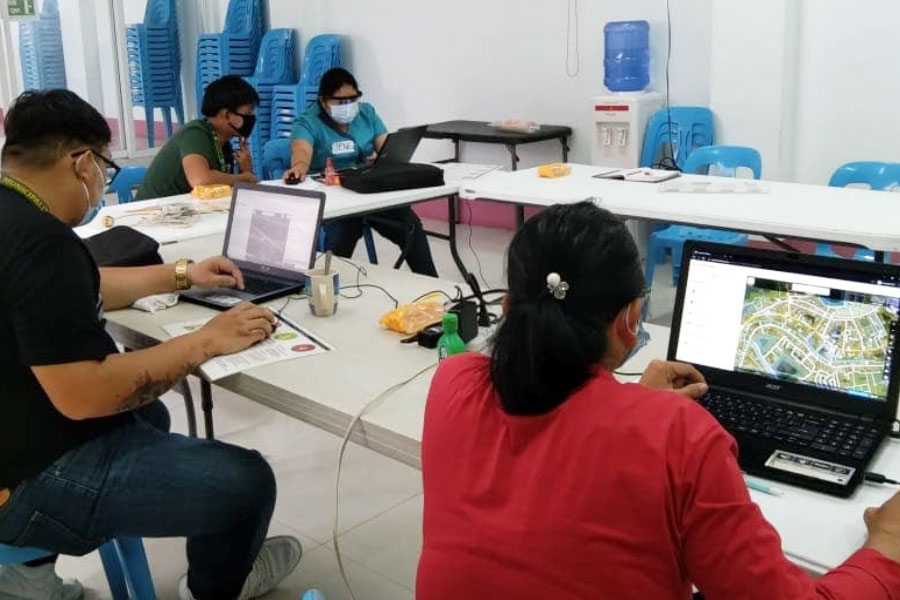 On World Humanitarian Day on the week of HOT’s 10th anniversary, HOT Philippines launched the #MAPAsinoKaMan (Whoever you are) campaign to tell stories of Filipino mappers. It is an ongoing campaign and HOT Philippines hopes to sustain it through calls for participants. 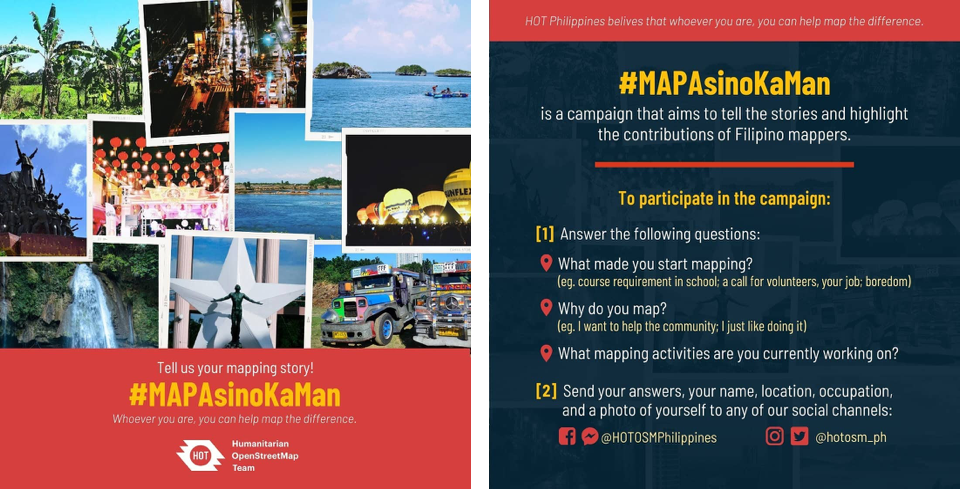 Throughout the month, HOT Philippines also had training sessions with volunteer groups and some government agencies. Some of these OSM trainings are with the following: