Here are a few updates from local communities all around the world who have received a Microgrant from HOT in 2018, all the more reason to donate to #mapthedifference in 2019!

In April 2018 we launched the Microgrants 2018 program supporting communities across Latin America, the Caribbean, West Africa and Southeast Asia. In total, eight communities received Microgrants to help them expand their activities to improve the use of OpenStreetMap to minimise the impact of disasters in their local areas. Four months into receiving their grants, we have followed up with each of them to find out what they have been up to, what has worked and what has not.

The OSM Colombia Foundation began with the need to generate free geographical data mainly in times of crisis. The geographical location of Colombia makes it vulnerable to earthquakes, avalanches due to overflow of rivers, tsunamis, and volcanic eruptions. With the help of the Microgrant, the community was able to build a drone which is being used to produce Orthophoto Surveys in the field. These are then used to create tasks on the Tasking Manager that are shared with the Latin American OSM community to help in the process of digitization.

Fundacion OSM Colombia has also conducted field work and community workshops. They have had big challenges related to the low technology adoption in communities where the workshops were conducted, ranging from civil society members and technocrats who are not familiar with the OpenStreetMap technologies. 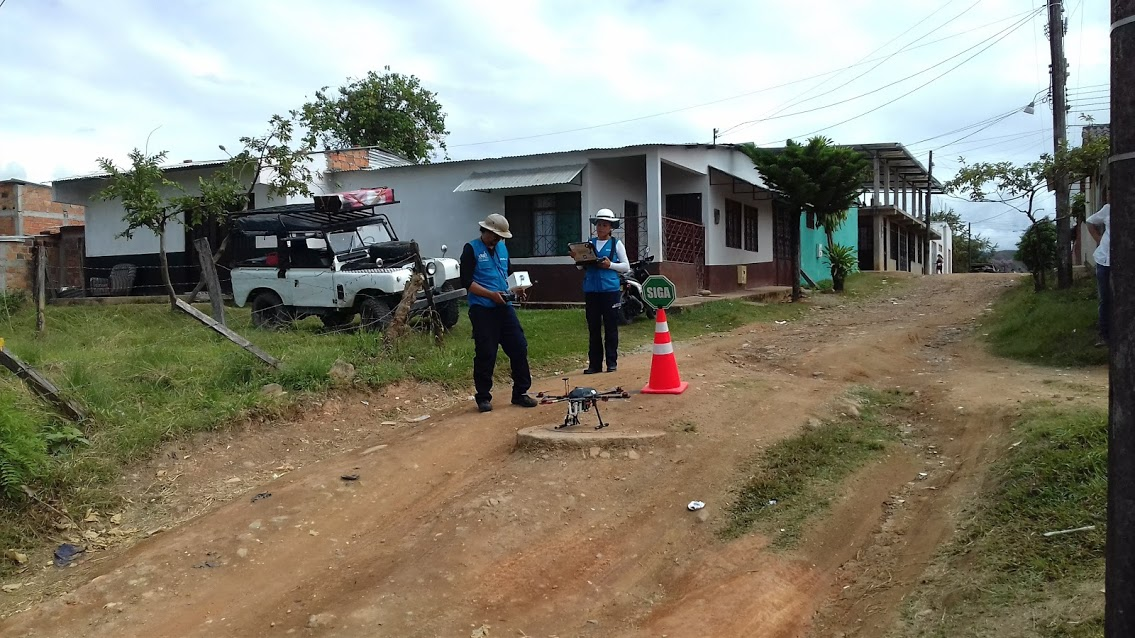 The GeoChicas have completed fieldwork in Oaxaca on a pilot project looking at informal shelters and women’s security after a disaster. The fieldwork has been completed at the scheduled time, having a greater coverage than expected. They were able to photomap the towns affected by the earthquakes using Mapillary and OpenStreetCam, extending coverage to many towns not considered initially but included because they are located near the route.

GeoChicas is a community scattered throughout the Americas and other continents, with a majority of remote participants and a few representatives in each country. The central mission of GeoChicas is to promote and empower, and also to provide trainings to women on open data and mapping. They have applied this vision and have been successful in empowering young women to obtain unique skills in the field. 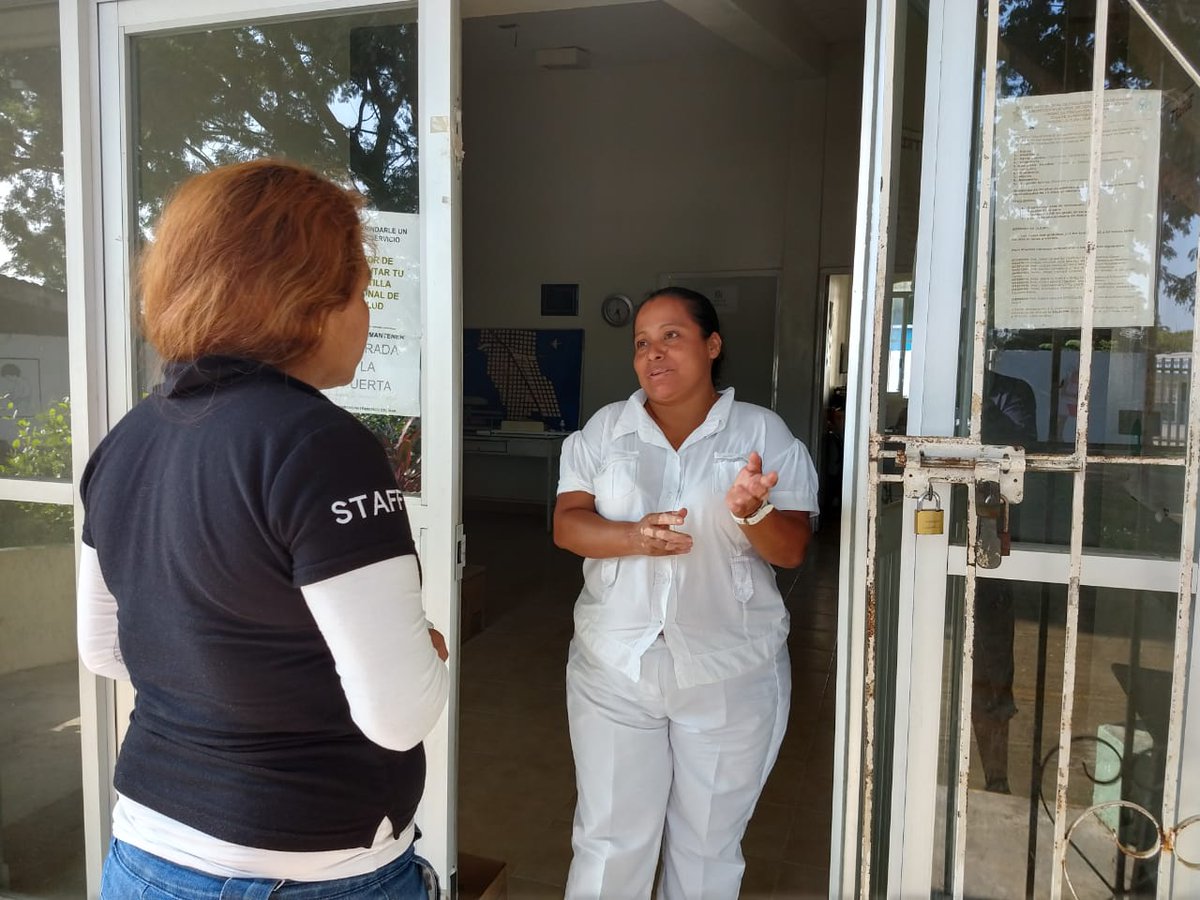 The UniqueMappersTeam are getting a continuous and exponential increase in the total number of edits on OSM which rose from about 4,000 to 31,000 within the last three months of the Microgrant project. There is great enthusiasm and passion to map for people in need, as community members find this task extremely necessary and they have availability of resources such as laptops, phones and data subscription. It is also amazing to see the pulling effect of new members to the community; Nigeria Youthmappers tend to focus more on their new members, who need training and guidance to start mapping on OSM, whereas they delegate their existing members, who are regularly engaged with OSM and mapathons, to keep track of their contribution. Their female community members are now leading contributors on #letgirlsmap leaderboard:

Most of their contributions cut across HOT priority mapping task projects in more than 40 countries as remote mapping contributions, in addition to local mapping in Nigeria, which includes MSF tasks in Niger State, mapping around the University of Port Harcourt campus and team members’ villages. Their mapping has also increased to cover vulnerable flood communities in Port Harcourt.

With the help of the Microgrant they have reached out to other universities to create and mentor new Youthmappers chapters. They travelled to Abia State University to create and support the AbsuMappersTeam in the month of July and have contacted 5 other chapters including one in Zimbabwe. They reached out and organized trainings for LionMappersTeam-Enugu Campus and Ignatius MappersTeam-Port Harcourt, enabling them to participate in the Microgrant community knowledge sharing webinar. 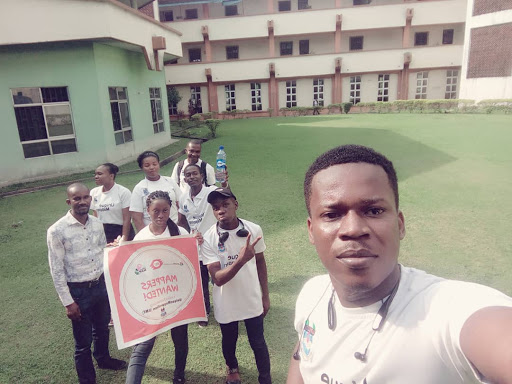 OSM Benin have so far run two OSM trainings in Cotonou and Tanguieta where they trained 35 people in using OpenStreetMap tools. They have also done capacity building training for 5 members who went to Tanguieta to carry out OpenStreetMap training in that area. In Tanguieta they also field mapped the city. The data will be used by NGOs, international organizations and local authorities. Their plan is to continue monitoring the young people they have trained through mapathons. Currently they have a mapping task in progress in the border town of Porga. 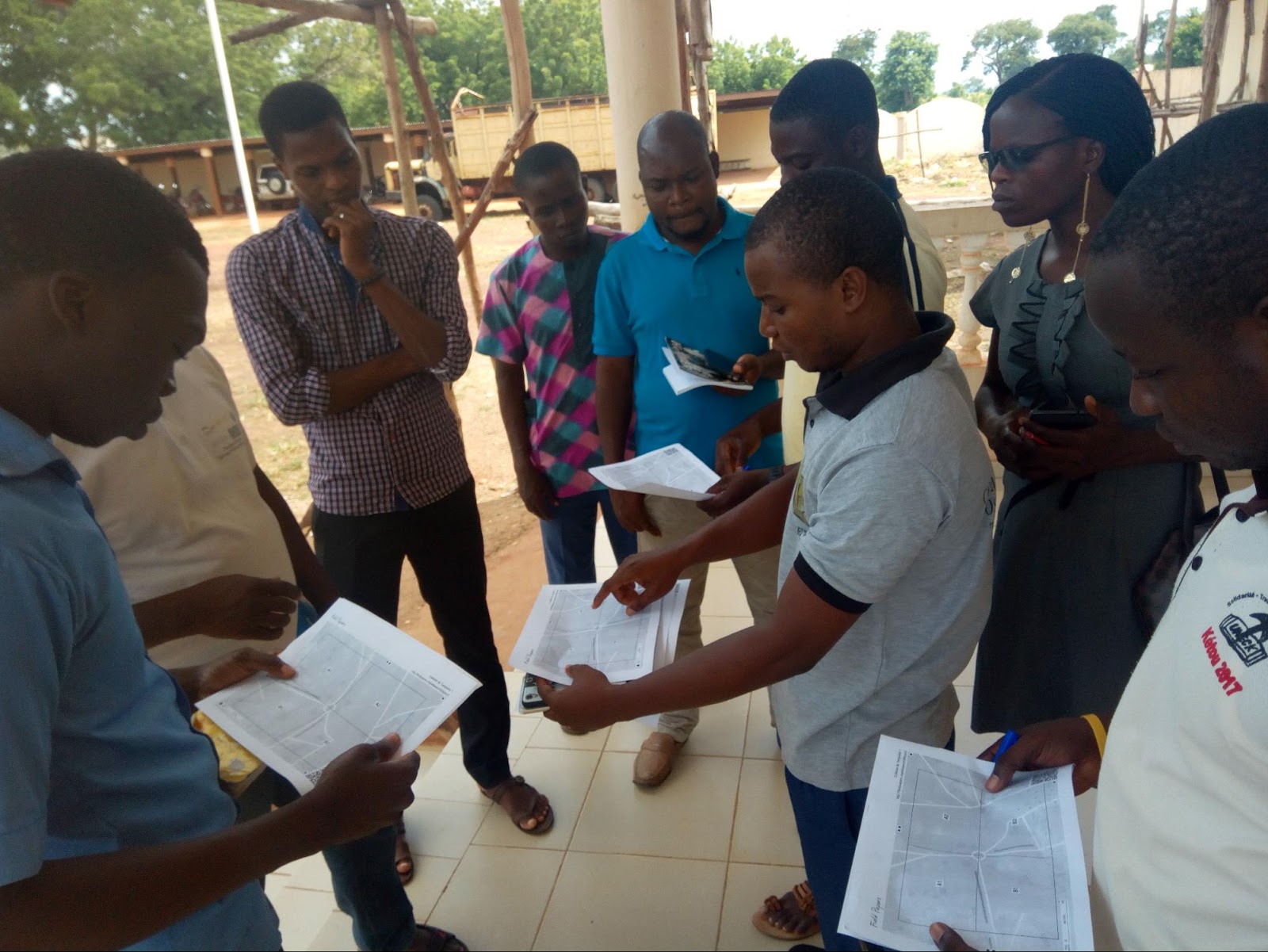 With the Microgrant support OSM Sri Lanka has trained around 120 new mappers and one project has been implemented in the Northern Region of Sri Lanka. This is the first time the OSM Sri Lanka community has initiated a large work of OSM in the area. Most of them are novices to the devices especially ones like GPS essential, Maps.me, OSM Android and Mapillary. The project targets not only mapping but also creating awareness among students, academics, media, NGOs, government and researchers. They have had an initial meeting with the Head of Department Geography, University of Peradeniya to establish the YouthMappers chapter which will persuade other Universities to use the OpenStreetMap. 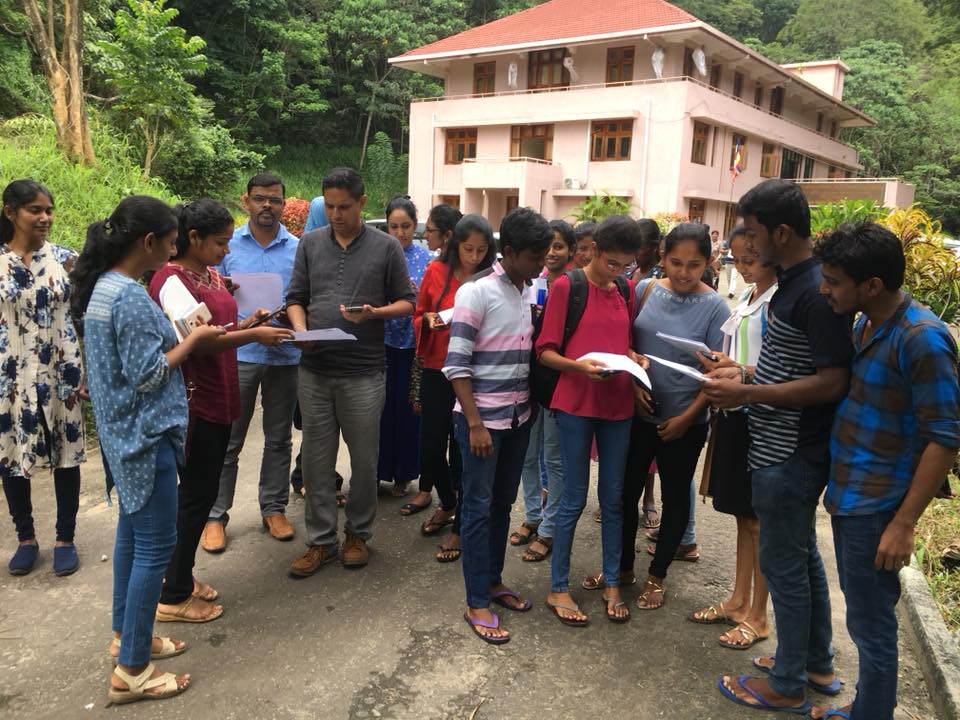 With the help of the HOT Microgrant Potential 3.0 were able to run an intensive one capacity building training for their OSM community focusing on Open Data, capturing and processing drone imagery using Phantom 3 Drones, creation of ODK forms, surveying with tablets and Android phones, Mapillary and MediaLiBox. 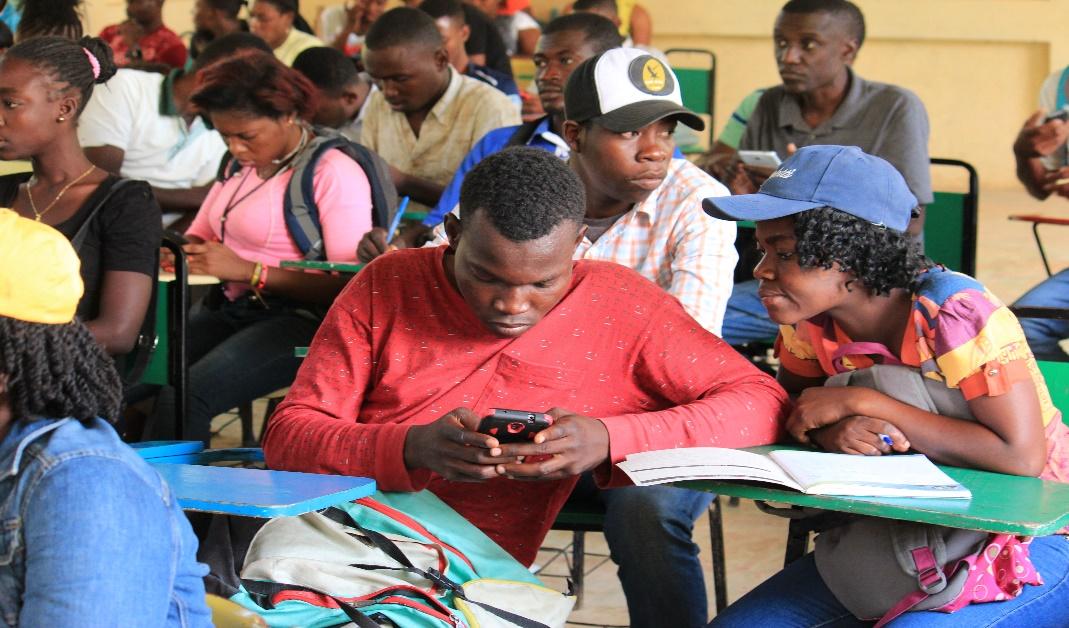 With support of the HOT Microgrant, #MapeandoMeuBairro, Mozambique’s OSM community, are conducting mapping of the drainage features of Mafalala, one of Maputo’s most important and iconic informal settlements. So far #MapeandoMeuBairro is training staff members and volunteer activists from two local NGO’s at neighbourhood level (Associação IVERCA, and Associação DAMBO), in the use of JOSM to upload field data collected about drainage, sewage, and other features relevant for general public health. You can find part of the ongoing work under “damboinquerito” custom tag on the OSM database.

Aside from the two NGOs in Mafalala, #MapeandoMeuBairro is also working in the Chamanculo and Aeroporto neighbourhoods, and in the context of these wide scope of mapping activities, was invited to present and train Maputo’s Municipal Council, Architects Without Borders Mozambique, and other partner NGO in the great potential that OpenStreetMap has to improve informal settlement management in third world cities like Maputo.

Coming up next for the mapping community with HOT’s Microgrant support is the field data collection, in extreme detail, of all formal and informal drainage features of Mafalala, including surface, blockages, widths and depths, among other properties. 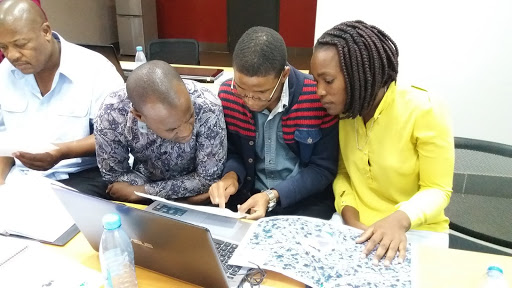 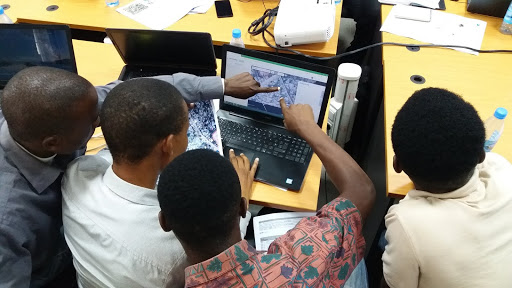 YerÇizenler had partnered with and been supported by HOT between July 2018 and June 2018 for the “Crowdsourcing of Non-Camp Refugee Data Through Openstreetmap” Project. During that 1-year period, Yer Çizenler has established itself within the NGO coordination network and within the Turkish OSM community, and in the long term is aiming to act as a community hub for the OSM contributors in Turkey. There are currently ongoing funding applications aiming to support further HOT and OSM activities in Turkey. The Microgrant will help Yer Çizenler to carry itself throughout this hiatus period and support OSM-related activities with the local community and help maintain communication within its established network at a basic level.

All of these communities are able to effectively continue their mapping efforts thanks to the donations we’ve been receiving during our year-end fundraising campaigns each year. You can join our campaign to map the difference by becoming a fundraiser and helping us spread the word out there, so that we can support these local leaders you have been reading about with the necessary tools and equipment they need. 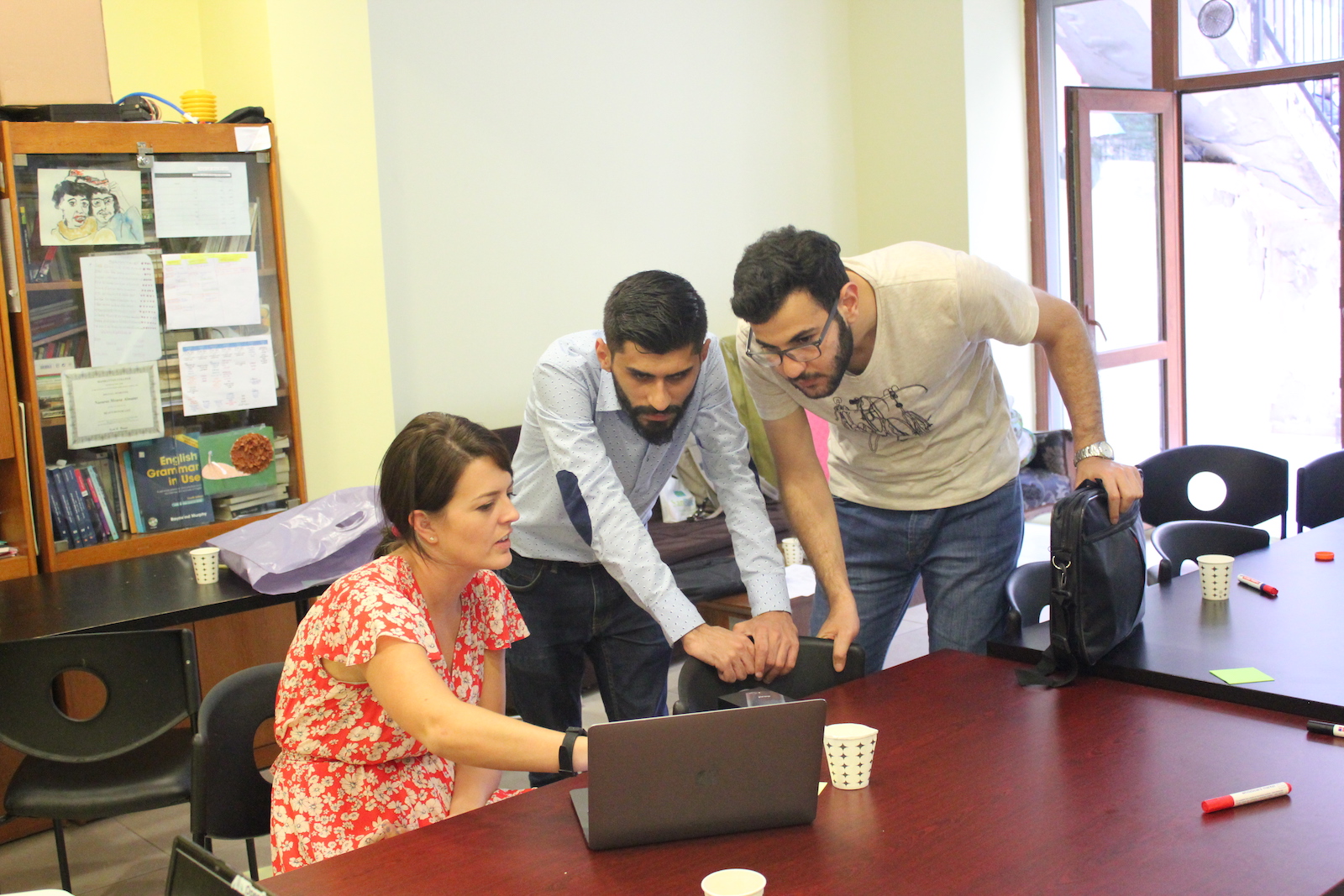 You can also use the hashtags #hotosm, #mapthedifference, #supportlocalleaders on Twitter and help us circulate the video for this year’s campaign by retweeting and sharing on social media.