Over the past several weeks a pair of HOT teams has been bouncing around Indonesia, teaching community facilitators from ACCESS about OpenStreetMap and discussing the possibilities for aggregating household indicators and disaster exposure data.  I've been traveling with University of Indonesia student Emir Hartato, who has already recounted our OSM adventures in Sumbawa, Lombok, and Sumba. Last week we worked with two new groups, in Bantaeng (South Sulawesi) and Kupang (NTT), and experienced what were probably our highest highs and our lowest lows throughout the course of these trainings.

Bantaeng had already been mapped quite well before we arrived, and we were thoroughly impressed.  Certainly it was easier for us to navigate the town, after the flight and 4 hour drive it took to arrive.  The workshop attendees were from many different backgrounds, including health, environment, and poverty reduction, but they all shared a common understanding of the use of data in their respective fields.  Some participants had previously made some incredibly detailed village maps together with their communities, identifying land and building ownership, important landmarks, and self-determined poverty levels in the village.

Bantaeng Map Prior to Workshop

The main gap between the workshop participants, as we've seen again and again, was technical. A handful were already working in Quantum GIS, entering their survey data in a database, and linking that up with digitized versions of their village maps. Others were less far along - certainly everyone seemed to understand the use of information and the role of maps, but with some of the complexity that comes with a first introduction to OpenStreetMap, we were definitely starting from square one. In the end I regret that our training didn't fully satisfy the participants.  Our middle-of-the road approach to discussing OSM tools, ultimately seemed to be too confusing for the less tech savvy, and too obvious for those exploring QGIS, and we ourselves were disappointed, feeling that we'd somehow let down both sides of the room. Still, we're hopeful that the guys in South Sulawesi will maintain their interest, and we'll continue to support their efforts in mapping and data collection. Hopefully we can return at some point and strengthen the work of the facilitators more and more.

Our failings in Bantaeng engendered new thoughts around the workshops, and we undertook a new approach in Kupang that we hoped would be far more instructive and really get the next group excited about mapping.  The result was, we thought, a fabulous success.  In two days in Kupang, the workshop attendees did some amazing work - some were just learning to use email when we began, but by the end they were full-fledged OSM mappers!  With the help of GPS, Walking Papers, and some good old fashioned mapping, the guys did great!

From a training perspective, we learned a lot last week about overcoming the challenges that arise in these workshops.  The most important thing is to start with the fundamentals, and assure everyone that while it might seem daunting at first, if you can draw a map on paper then you can draw a map on a computer, no matter your technical skills.  I can't say enough about the efforts of all the groups we've worked with so far.  I think it takes guts to take on something new that may seem quite foreign, but with a great deal of resolve everyone has proved that they can overcome the hurdles and make some great maps.

Everyone helping each other learn OSM

Six teams divided up the nearby area, went mapping, and the result was great!

Keren (cool) is my Indonesian word of the week.  For more "keren" photos, check out Bantaeng and Kupang. 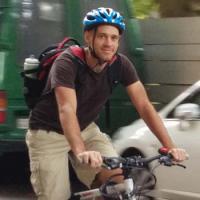