Our mapping response in West Africa due to the Ebola epidemic there continues. The Bing high-res imagery is the main source for tracing the OpenStreetMap. But it was not available in some areas where the epidemy is concentrated. CartONG first bought three images from Airbus Defense & Space for Gueckedou, Kissdougou and Macenta. To complete the mapping of the region we also looked at obtaining some other imagery. Thanks to Mapbox / DigitalGlobe who donated the Imagery for Mamou town. Thanks to Airbus Defensce and Space who offered  new imagery covering 14,000 sq.km for the region of this Ebola Outbreak. This has given us the opportunity to complete the tracing of the highway network of the region most affected by this Outbreak. Thanks also to Jean-Guilhem Cailton who obtained and processed this new imagery.

Road Navigation data can be imported into OSMAnd / Android and Garmin GPS devices and facilitates the humanitarians travelling in the region. See the Ebola Response Exporting OSM Section.

Various media organisations are reporting on the OpenStreetMap community efforts to map remotely in support of the humanitarian organizations on the ground. While no detailed map of the area existed before this event, we now see a significant progress in mapping of the region. 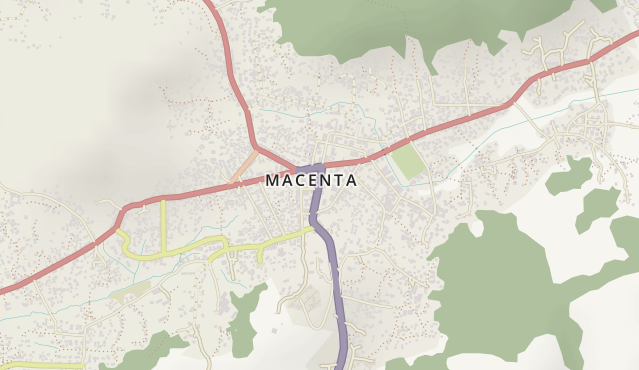 Guinea58.com, a Guinean media organisation, is presenting the OSM community contribution to the local population and summarizes the various medias updates on the subject. See the Ebola Response Media coverage.

The latest OpenStreetMap contributor statistics for this activation : As of April 15, 20 days,
Basically, these statistics show our capacity to repeat what was done for the first time in Haiti in january 2010. This is only possible because of the impressive participation of our active OpenStreetMap community, go online and create maps rapidly when they are needed. We have developed a coordination model over the last two years that facilitates the bridge between the OSM community and the various partners. The Tasking Manager is largely contributing to this effort. For this activation, Andrew Buck and myself are coordinating with Visov, CartONG and Red Cross US. Amadou Ndong has coordinated mapping parties efforts in various western africa countries assuring the support of the neighboring OSM communities to the countries concerned by this outbreak. Jean-Guilhem Cailton and OSM-fr support us for imagery processing and server hosting. As usual, there are also various developers that suport in various ways, offering for example services to easily download the maps on various devices. Others have taken care of the validation process to assure mapping quality.

CartONG who makes the bridge with MSF CH is addressing to the HOT - OSM community the appreciation of MSF-CH for the community support to the response to the ebola outbreak in Guinea and surrounding countries.  The mapping was a huge help for the outreach teams, and for many expats newly arrived and needing a briefing on how the outbreak is evolving. Finding remote localities and access to them is often a race against time as a few hours can make a serious difference, not only for patients, but also to arrive in time to prevent new contacts to happen and keep the outbreak from spreading further. Cross-checking between local knowledge and OSM maps allows the teams to work much faster. Regarding locality names in OSM, the MSF teams were able to acquire through various field trip with GPS devices a confirmed database of localities covering the sub-prefectures of Gueckedou-Centre, Temessadou-Dibo, and Guedembou.  This information will be very useful to revise the OSM database and provide an essential information to the various teams operating in the area. The Guinea / Liberia : Ebola Outbreak Mar.2014 report from Reliefweb links to the 2014 West Africa Ebola Response HOT wiki page that lists the maps and the various OSM services. These various products help also PAM, UNICEF, IFRC/ARC and through them WHO, Government and NGOs.
Thanks again to all the remote mappers for this support to the humanitarians on the ground working in a difficult context. And great thanks to these humanitarian on the field. Our objective is to provide maps and services of quality to these teams. In this context, we greatly appreciate the comments and feedbacks from these teams to enhance our products and services.
Updates from Mapbox and Airbus Space and Defense
Mapbox, New high resolution satellite images for Ebola outbreak region