Back in October 2013 I headed to Haiphong for three weeks in conjunction with the World Bank to map transit infrastructure in the city. Over the course of the three weeks I gave a series of workshops with the Vietnam Maritime University there and we also did a lot of mapping. Or rather the students and faculty did a lot of mapping! I've never seen a city be mapped so quickly. Recently we got an update from the university team in Haiphong and it is exciting to hear that mapping and OSM use there has continued.

They've organized a Facebook group for the Haiphong OSM community, two former students are administrators of the group. A celebration was organized to thank everyone for their work on the map of Haiphong (see photo from the event below). In addition to the social and community work, OSM is also making headway academically. In the next GIS course OSM is going to be introduced as a chapter. It is also being presented at the Vietnam National GIS Conference in Can Tho city as well as was presented at a faculty science workshop on 31st March 2014.

It is great to see how a relatively small investment in workshops can really help to spark OSM use in places where it previously was not. 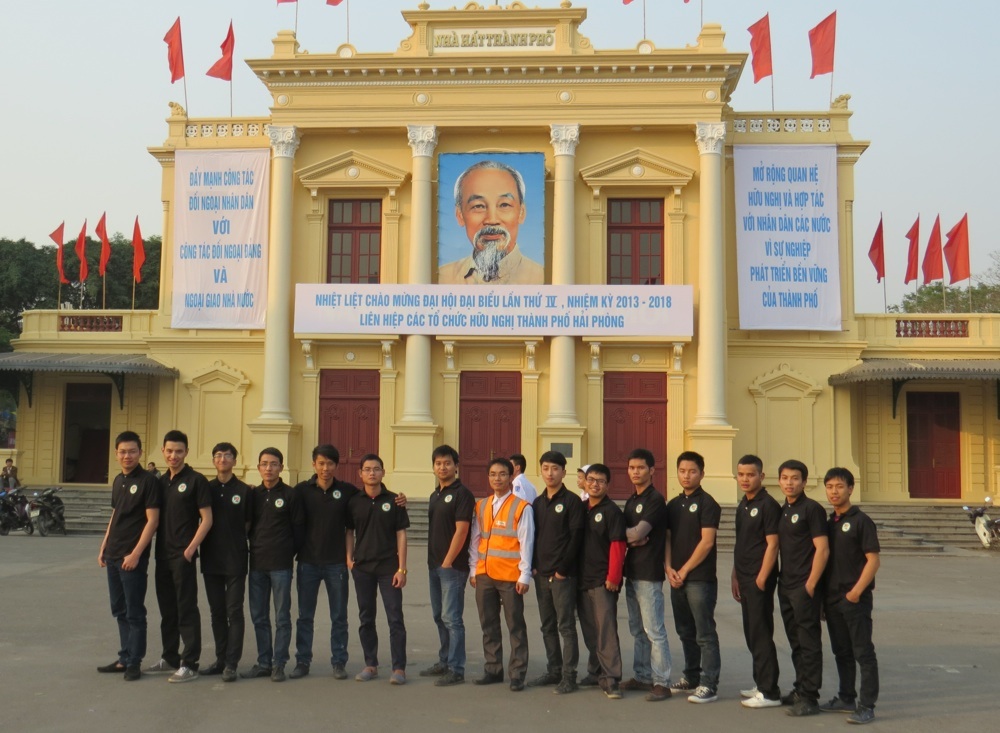