It is the second, and last week, of fieldwork in the Chikwawa district, with the necessity to cover all the most flood prone areas there before surveying the Nsanje district during the two next weeks. Last week we started with the closest areas from our home and work base in Nchalo, but now we will focus on mapping the rest of the district.

Our team involves people from various institutions, including Disaster Management Affairs, Surveys, Water Resources, Housing (both from the central offices and the districts councils), Academics (lecturers and students), and a few from local NGOs, all motivated to go in the field and map for 8 hours long under the sun.  They are all progressing well on OSM during their edits the following day. From the local knowledge of DoDMA people, the Areas of Interest are refined more precisely than the existing flood modeling is. Emir and I alternate between field collection, monitoring, and supports of edits; we miss you Maning!

This week we also have a new very useful input with 2 WorldView-2 imagery scenes covering the Bing “hole” in Eastern Chikwawa and almost all Nsanje, thanks to the MapGive Project from HIU that got them and provided a TMS. This imagery even has an overlap with Bing, dated 2011, and shows how much the buildings have changed when they are made of traditional materials that make them temporary; what an illustration that the floods that can so easily wipe them out.

This ITO map shows the activity on the Chikwawa district over the last three months. 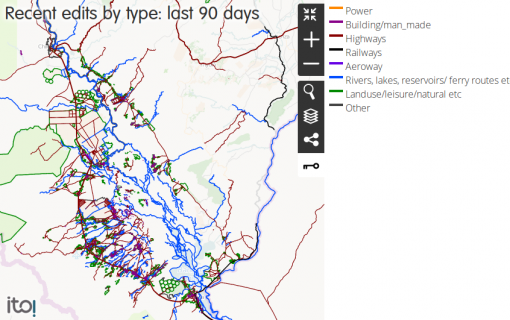 This one shows the concentration of waypoints in Chikwawa district, created during the field surveys. 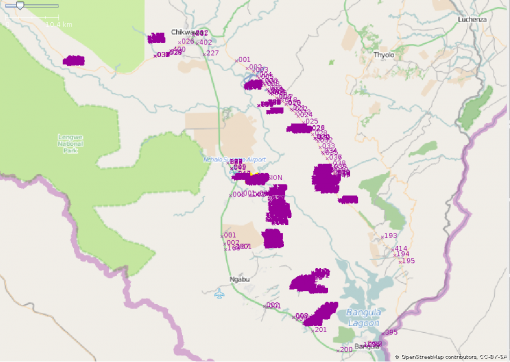 Field mapping this week was first on the Eastern Bank of Shire River, between the S152 road and the river, where the villages are expanding despite the fact they are flood prone, and the houses becoming more and more made of permanent materials- mostly hand-made bricks heated in large quantities. We also have been in the middle of the Shire River bed, a kind of island that can only be accessed by boat as there is no bridge yet. 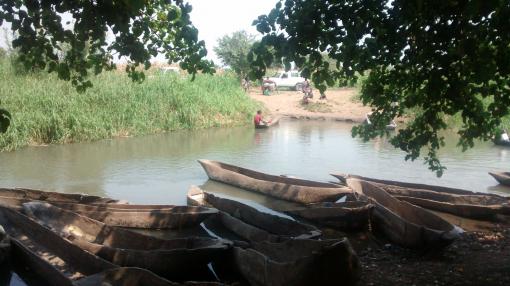 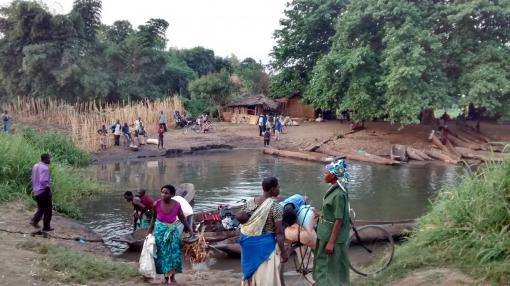 It is the heart of the Shire, in the country that considers itself like the heart of Africa. Somewhere where no tourist ever goes. 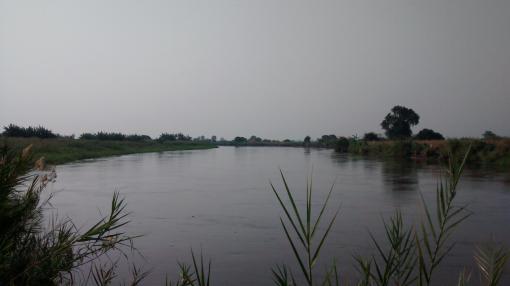 We are guided by a village headman, as a team of two mappers (one with the GPS, one filling the forms).  We visit every place, sometimes dwellings, but mostly isolated houses made of straw that are very scattered, so that sometimes the farmers have also shelters to rest a bit during the hours they are working in their corn farmlands. 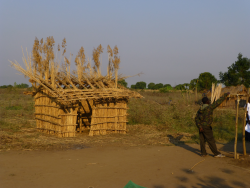 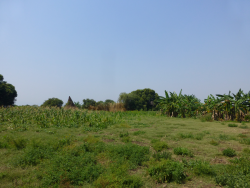 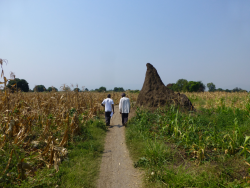 It is a flat but really nice rural landscape, at least during the dry season.  However, everything can be flooded here, and yet, water itself may not be the most problematic aspect, even when it can cause several villagers to miss limbs due to crocodile attacks. People are always interested by our visit and its purpose, and happy to know they will appear on a map. Having set the waypoint icon as a small house in our GPS device, it is easy to show them what we do looks like. Malawian people have a really nice way to express their surprise, with a clear and long “Oooooh...” that I have not met elsewhere before. 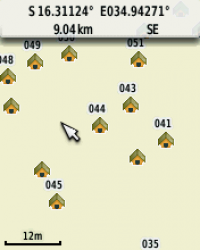 Here again, we have been invited for a late lunch after our survey is done. As per the local tradition, it is inside his house that we are invited to eat alone. Local chicken and (very hot) Nsima with sauce, as well as a lot of bottles of a famous soda- actually more that we could have eaten or drunk. Great memories. 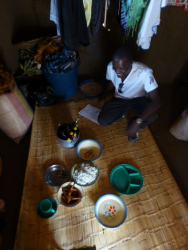