The southern parts of Malawi along the Lower Shire River (that connects Lake Malawi and the Zambezi River) are frequently flooded, and that flooding affects the villages of farmers near the river. Since mid January 2015, they have been hit critically. The Humanitarian OpenStreetMap Team (HOT) was involved in a community mapping and training project in Malawi last year and has been requested to provide baseline data of the affected areas.

The southern parts of Malawi along the Lower Shire River (that connects Lake Malawi and the Zambezi River) are frequently flooded, and that flooding affects the villages of farmers near the river. Since mid January 2015, they have been hit critically. 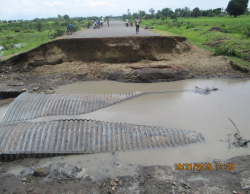 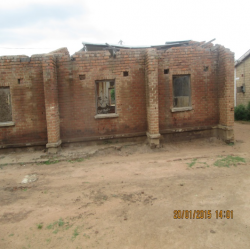 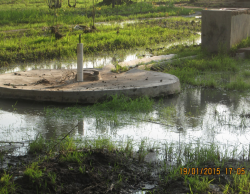 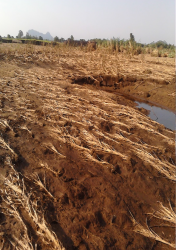 In 2014 the Humanitarian OpenStreetMap Team (HOT) was involved in a community mapping and training project with the Malawi Department of Disaster Management Affairs (DoDMA). DoDMA and the  Global Facility for Disaster Risk Reduction (GFDRR), a global partnership, managed by the World Bank and funded by 25 donor partners, agreed that it was necessary to have detailed data of the region obtained through a  community field mapping project.That data could be used to build hazard-impact scenarios with tools,such as InaSAFE (a free software package that produces realistic natural hazard impact scenarios for better planning and response activities), in order to improve the preparedness for disasters, and the response activities. At that time the flood-prone areaswere identified through local experience and knowledge gained from many sources, including DoDMA headquarters, DoDMA district officers, heads of groups of villages and local people. HOT mapped all the residential areas, as well as all buildings, and water and sanitation facilities.
GISCorps, an organization of GIS professionnal volunteering to provide free services to underprivileged communities, built a team led by Tim Hohn that also contributed to the remote mapping, especially in areas the HOT team did not have the time to go.
Since the floods occurred, GFDRR received TerraSAR-X/TanDEM-X 2015 imagery from the German Aerospace Center and Airbus Defense and Space. This imagery was captured on January 13, 2015, and its analysis shows clearly the flood extent. In QGIS, this extent has been intersected with existing residential areas in the OpenStreetMap database. A 50 meter buffer was then applied to the output and imported into the HOT Tasking Manager (TM) to specifically target the flooded areas (see here). Through the Tasking Manager, HOT volunteers have been asked to verify whether all buildings have been already mapped and to add the missing ones.
Six of the HOT Interns in Malawi have also been involved in assessing and mapping the flooded areas directly in the field in collaboration with DoDMA and provided the impressive pictures shown in this blogpost. If you want to see more pictures and read their report, click here.
Maarten van der Veen, the Information Manager for the Shelter Cluster Support team (the working group from humanitarian organizations focused on the shelter topic), is trying to support the Malawi Red Cross Society andhas requested additional help (see this thread from the HOT mailing list if interested). This vast affected area hit by the flooding extends between Lake Chirua, the outskirts of the city of Zomba (the former capital city of the country) and the town of Phalombe more to the south. A second TM job has been created based on a rough flood assessment over the whole country (see here for more details).
A Post Disaster Needs Assessment (PDNA), a common assessment after a major humanitarian crisis, is ongoing, and the data the Tasking Manager projects generate will be a vital asset for the reconstruction and disaster management work. If you would like to be part of these efforts, please join and contribute to the two Malawi 2015 Flood projects on the Tasking Manager. Your help makes a critical difference!
(Thanks to Charlotte, Cristiano and Blake for the review of this post)