Volunteers from around the world have been helping map Nepal -- here is roundup of some of the great events we have heard about. And tell us your own!

Since the devastating earthquake and aftershocks in Nepal, the response from volunteers around the world to help map the affected areas in Nepal has been extraordinary. Existing mapping clubs, newly interested groups and individuals from all over have come together to map hundreds of thousands of roads and tens of thousands of buildings. The data will be used by first responders such as the Red Cross, United Nations, local groups and others for planning, logistics, identifying needs and a lot more. It’s safe to say they play a key role in the response.

Here’s a brief, and surely incomplete, round-up of the many marathons, mapping parties and other gatherings we’ve heard about to help add data to the map — and in the end, to help the people on Nepal. If you know of other events, please let us know in the comments! 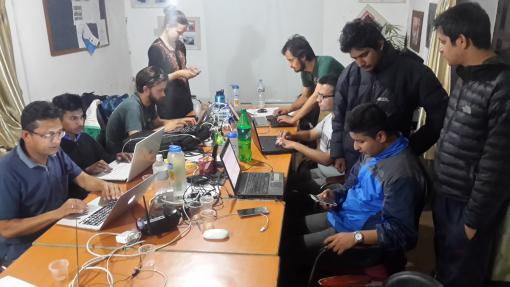 The events start in Kathmandu itself, where Kathmandu Living Labs, a non-profit tech company that works on mobile and web technologies in the Kathmandu valley, has mobilized to respond to the quake despite difficulties with internet, electricity and water. They have organized a situation room to coordinating mapping work undertaken by both local mappers and remote volunteers from around the world, have created and made available printable maps for relief and rescue workers, launched a crowd-sourcing platform for locals to report what is happening in their communities, and have organized an OpenStreetMap “clinic” to teach more local people how to map. 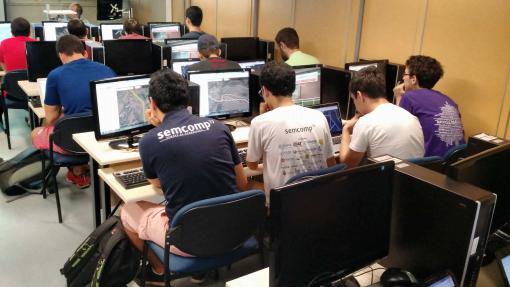 Groups around the planet have been helping too, including students and academics, mapping enthusiasts, and regular people who just want to help.

Maptime, a nonprofit with more than 50 chapters around the world that aims to teach anyone how to map, has gotten behind the effort in a big way. Chapters in Washington, DC, Miami, San Francisco and Vancouver have already held Nepal OSM events, while chapters in Minneapolis/St. Paul, Boulder, Seattle, Hampton Roads and Sacramento in the United States, plus Grenoble, France, Tromsø, Norway, and Southampton, UK, are holding them soon. It’s a wonderful example of a network of interested folks mobilizing to help while supporting each other, and a great way to bring in and mentor new mappers. The DC event was held at the American Red Cross’s Disaster Operations Center to a full house and featured speakers from the Red Cross, US Department of State, and HOT itself. 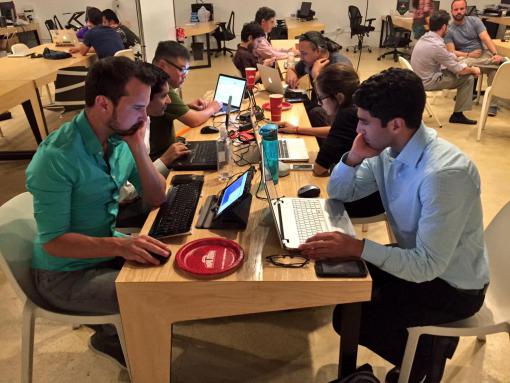 The OpenStreetMap community in India has been very active as well, with teams in at least 6 cities chipping in, while  mapping tech company Mapbox’s Bangalore office has gone all out, opening their doors for anyone to come by and learn how to map to help their neighbors to the north.

Other events are planned for Trento, Italy, the University of Indiana, and many more places.

It’s amazing to see so many people who want to help from so many places — and there’s still a lot more to do, with new tasks launching daily. If you’d like to organize your own event (or just want to start mapping yourself) Pete Masters from Missing Maps has a great blog post. In addition, the folks at Maptime have a great intro to holding an event, while the US State Department’s MapGive initiative has some helpful, brief intro videos.  Another great source is the  OpenStreetMap wiki.

And as always, thank you.