Mr. Monday Anthony, a 66 year old community member of Mchikichini ward in Ilala District who participated in Community Mapping for Flood Resilience, talked to Mr. Steven Bukulu a Mapping Supervisor and Media Specialist of Ramani Huria about the main reasons for floods occurring in many areas in Dar es Salaam, in particular Mchikichini. 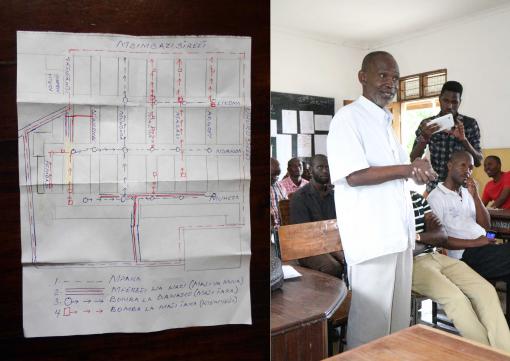 Mr. Monday Anthony, a 66 year old  community member of Mchikichini ward in Ilala District who participated in Community Mapping for Flood Resilience, talked to Mr. Steven Bukulu a Mapping Supervisor and Media Specialist of Ramani Huria about the main reasons for floods occurring in many areas in Dar es Salaam, in particular Mchikichini.

He explains that “The population has decreased in the low altitude areas since the last tragic incident of floods that happened in 2013, which got all residential houses submerged in water. Due to the loss and damage of property, many of these people shifted to safer areas to improve & build up their livelihood. In addition, many of their small scale businesses were no more.” He says. “Many of those that are currently living here are new to this area. They have no clear clue or idea of what floods can do to them when heavy rains occur,” he adds. “This has greatly contributed to floods in Dar es Salaam in a way that houses have blocked a huge passage for large volumes of water. This water collects from different areas on higher altitudes of the city to big waterways and channels like River Msimbazi that passes through this ward.” 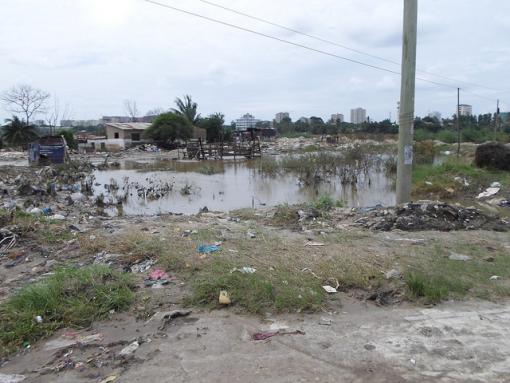 On top of that, residents of these areas have poor waste disposal behavior. “People don’t care where they are supposed dump their garbage which takes us to poor urban planning. If only they knew how this has greatly contributed to drains being blocked 24/7  till now as we speak in a dry season, then they would understand what proper way they should do it. These drains help so much in reducing floods by draining large volumes of water from different areas to huge/main water channels, hence help reduce on floods. Minus this happening, we can’t avoid floods.” he stresses. He also pointed out that there aren’t well defined and constructed water drains in these areas. People locally dig ditches to take this water which aren’t deep enough to take a combination of water, waste material and eroded soil to main water streams. 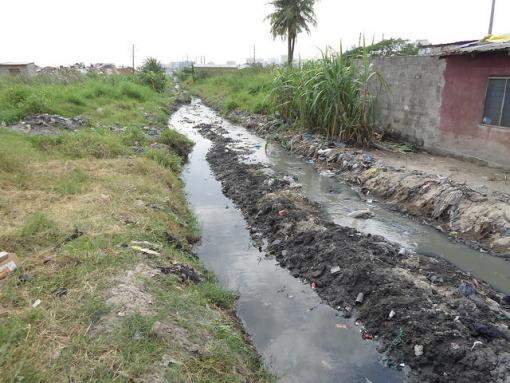 Mr. Monday Anthony who himself was not affected by the last floods that happened earlier in May this year 2015, reveals that people’s lack of response to weather forecast has caused them damages that include loss of property and serious injury on them. “If only they would be attentive on what is said on the news, all this disaster wouldn’t happen”. He said.

Considering community involvement in mapping for flood resilience in Mchikichini Ward, Mr. Anthony confesses that the activities were really important to them and the outcome will be even better since the data would have been verified by the local community. He sees it being an important program for local people to participate even though the biggest challenge is that, it becomes very hard for those who didn’t draw maps during their early stages of education to adopt to the current digital mapping skills with the use of computers, GPS Units and Field Papers. 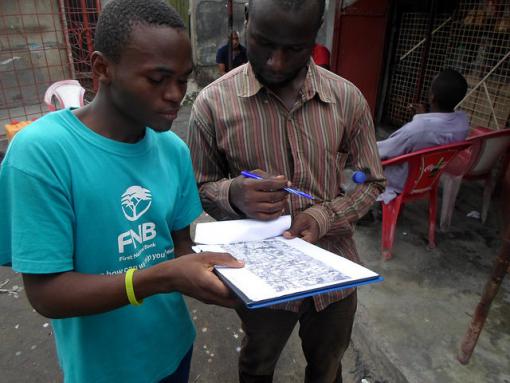 However, Mr Anthony agrees with the fact that digital mapping is essential for keeping current records for the future generation. In addition to that, digital maps can be shared and accessed at any one time on the internet through OpenStreetMap. He suggested that subward officers should be informed that this data is open source so even in their absence, the same information can be retrieved and used for administrative work. To mention Mr. Anthony pointed the essentiality  of maps during National Census, vaccination campaigns and urban planning. Also setting up polling stations ahead of elections and improving social services like health centers, schools, roads, water supply, and electricity distribution. This will build stronger communities to promote equity and opportunities. 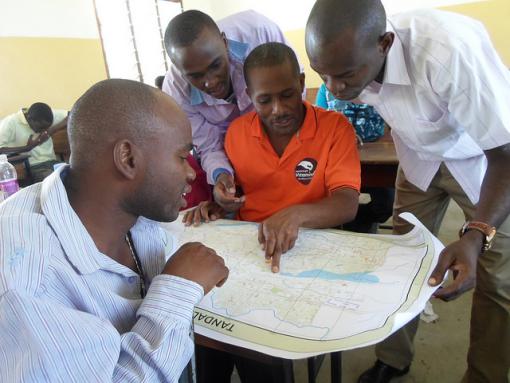 Mr. Anthony ascertains that once the learning material is put into hard copies, it will be easier for the community to pass on the skills of digitizing different areas on OpenStreetMap to other people who are not yet exposed to this technology, including their generation. “It has been translated in Swahili, that has made it much easier.” he says.

Finally, he avails that “Mapping begins with one’s interest. If all the people that are interested in mapping have advanced training, they would make a huge difference to the socio-economic development in Tanzania and assist in training other people in their community once the project is done.”