There is no map for the 42 bus lines in Metropolitan Managua, capital of Nicaragua, where 80% of the 2 million inhabitants that are dependent on buses to commute to work or school. But engaged citizens used Free Technology and the power of collaboration to create the first digital public transportation map.

There is no map for the 42 bus lines in Metropolitan Managua, capital of Nicaragua, where 80% of the 2 million inhabitants that are dependent on buses to commute to work or school. But engaged citizens used Free Technology and the power of collaboration to create the first digital public transportation map. Now they seek support to print it.

The public transportation network has grown over the years in Managua, capital of one of the poorest countries on the American continent. Various attempts by the regulatory entity of the city's administration, private companies and even the city's largest newspaper have not succeeded in creating a proper map for the users of public transportation, who are the economically active population and visitors to the city.
People wanted to make a change that improves their lives directly. And from within the local tech scene a Nicaraguan chapter of the world-wide OpenStreetMap community was born . From that small group, the chapter has grown and now includes mapping enthusiasts, curious citizens, students, cartographers, professionals, and individuals from companies and non-profit organizations.
Over the span of two years, the community organized regularly collaborative training events, so called "fiestas de mapeo". More than 150 volunteers learned about the use of geo technologies and applied them by collecting data about the whole city's bus line network. With paper, pencils, GPS devices and good motivation, the mappers jumped on the buses, surveyed the information of their city based on their unique knowledge and talking with other passengers and the bus drivers. They shared the data via OpenStreetMap, which for the first time allowed the creation of a map that includes the detailed routes and all the official and unofficial bus stops in Managua and Ciudad Sandino.

“These kinds of initiative share new knowledge and encourage innovation,” commented Philippe Barragne-Bigot, the UNICEF Representative in Nicaragua, on the local OSM community's activities.
Available, open technology can have a bit impact, especially in developing countries. Motivated people, can use tools and data freely and build upon them in a constructive and self-empowering way, strengthening the capacities of local actors
Felix Delattre from the local community sees a lot of prosperity in this crowd-sourcing approach in Nicaragua: "This is just the beginning", he explains, "the data can easily be improved and updated in case of changes by a almost everybody". The MapaNica.net website already includes the possibility to give feedback on specific bus routes and stops. "we want the people to be part of their own map and see that they can make changes".
The Nicaraguan creative start-up Ninfus Design Studio has come up with a print design for Managuas bus routes network. The sometimes less formal transit in Managua and it's self-growing history required some special considerations. The Digital Matatus project in Nairobi gave an obvious inspiration for how to create a proper design for informal transit systems.

In addition the team took into account the challenge of designing a map that understandably presents the city and bus routes so that people can read the information, even though it is the first time in their lives they are using a transit system map.This is achieved by using local knowledge and unique reference points that inhabitants use to guide themselves through the city. Also icons are created that represent important bus stops for illiterate and general orientation.
In order to have a real impact for the citizens the map needs to be printed. And in the spirit of self-organized, independent and crowd-sourcing work, the Nicaraguan OpenStreetMap community, together with the Humanitarian OpenStreetMap Team, are running a crowd-funding initiative to get the printed map on the streets and in the hand of the people. 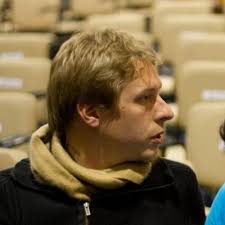