From 8th to 29th January 2017, I am visiting HOT Indonesia in a Knowledge Exchange Program. Up to now, HOT has executed two projects in East Africa, the Ramani Huria - Community Mapping for Flood Resilience Project in Tanzania and the Mapping Financial Inclusion Project in Uganda.

Just like Jakarta in Indonesia, Dar es Salaam one of the fastest growing cities in Africa faces the problem of flooding. Every year during the rainy season, the city suffers from devastating floods that wipe out roads, take out houses, and results in many deaths and millions of dollars worth of damages. The Ramani Huria project in Tanzania which I worked on as a Mapping Supervisor is a community mapping project that engages university students and local community members to map their own localities into OSM, the project has helped bring disaster prevention and response to areas that were previously off the map, literally. More than 450 mappers have been trained trained on how to use OSM. 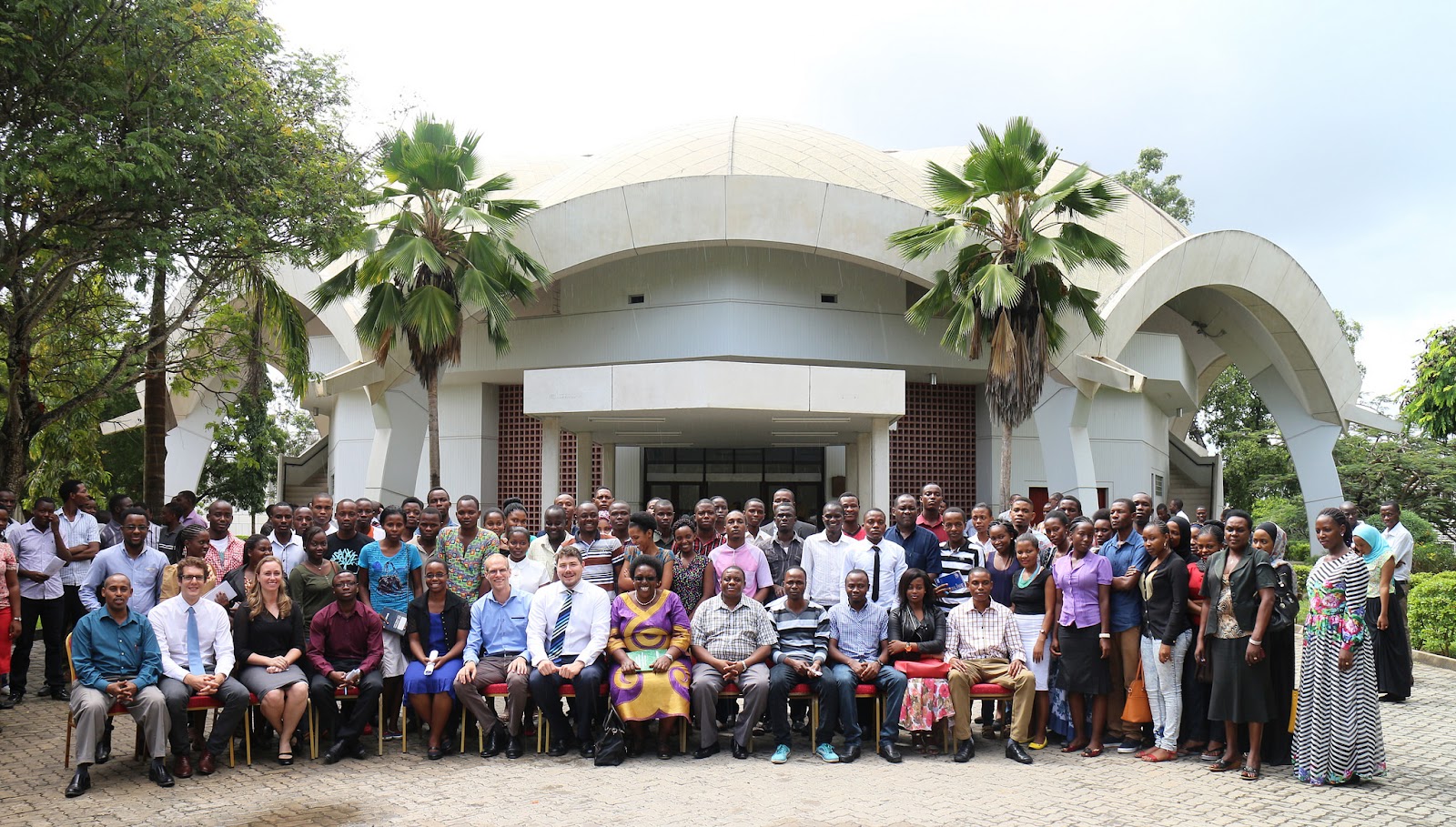 Kickoff Workshop. Photo Credit: Ramani Huria
Through the project 29 wards were fully mapped with over 1254 km of waterways, more than 3396 km of roads, 400,000 buildings and 1,700 school buildings.

The Mapping Financial Inclusion project in Uganda also engaged university students in mapping financial services in 22 districts in Eastern Uganda as well the capital Kampala. Through the program more than 200 students were trained and equipped with the necessary skills, equipment, and other resources to collect data and map more than 14,000 Financial Service provider access points, 5,000 schools and 1,000 health facilities into OpenStreetMap. 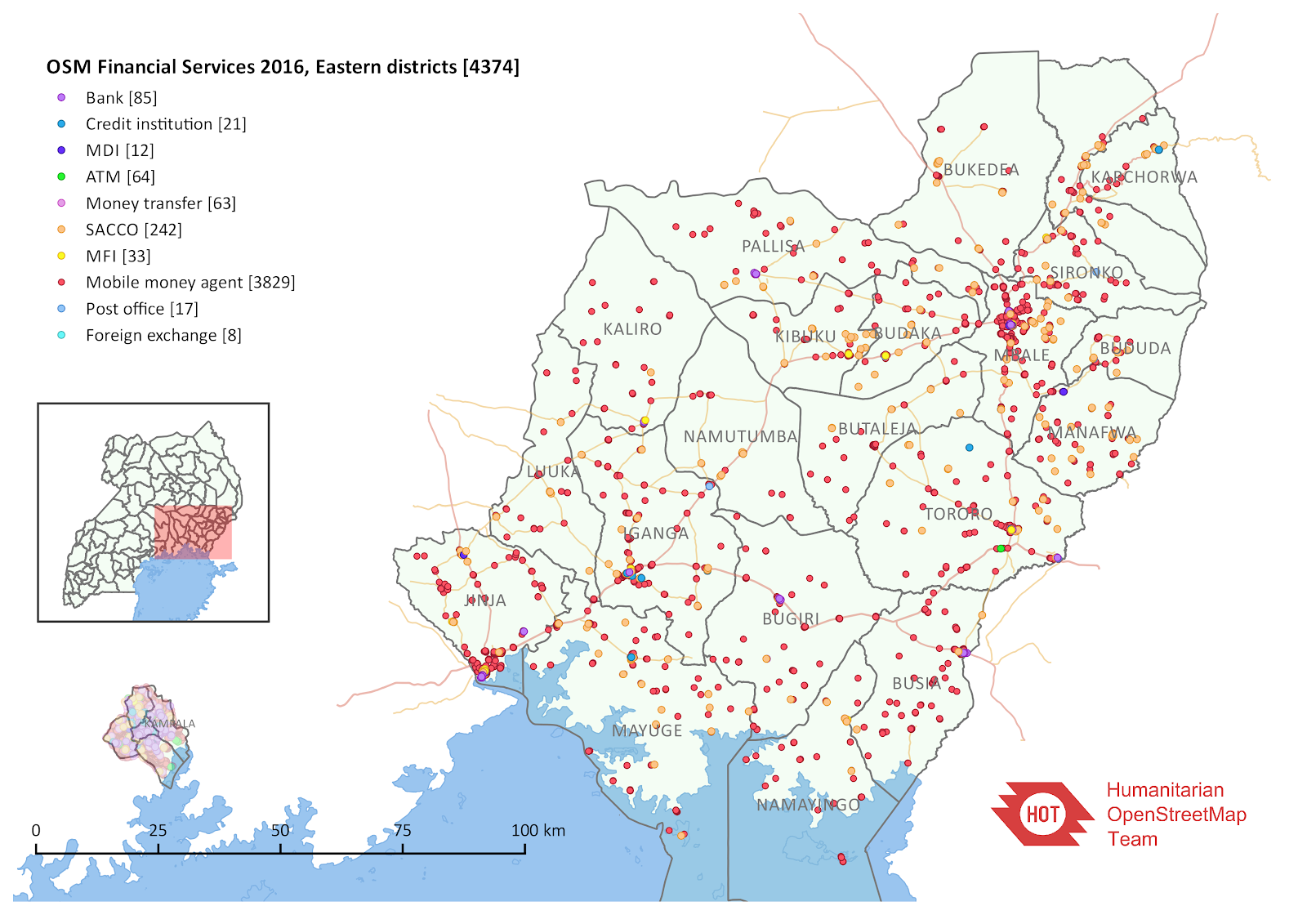 In all its mapping projects, HOT develops local capacity in the use of OSM and OpenSource GIS tools through partnerships with Universities and engaging students who become part of the growing OSM communities. In Uganda for example there are now 5 active YouthMappers/ HOT University Clubs who continue organising mapping events at their universities and participate in Remote Mapping projects. With assistance from HOT, the local OSM Community in Uganda has now set up a Non Government Organisation (NGO) - Map Uganda that will continue doing projects around OSM and grow the use of Open Source GIS tools in the country as well as use of Open Data.

One of the biggest challenges faced by the OSM communities in East Africa is sustainability, how do you ensure that people trained in OSM continue with mapping and using OSM. The University Road Show by  HOT Indonesia sets a good example of how this can be achieved. Their certification program that starts with OSM Socialization, then an OSM training followed with evaluation activities, then a more advanced training followed by another series of activities. At the end the students who qualify for the certification have their names added to the the Scenario Development for Contingency Planning (SD4CP) database that can be accessed by disaster managers. The students who participate in the program see value in OpenStreetMap beyond just mapping and that triggers a lot of interest.

One aspect of the mapping in Tanzania that would be useful to Indonesia is the use of Drones to generate Aerial Imagery. In the Tanzania project we used eBee drones to generate Drone imagery covering over 100 km2, at a 3 cm per pixel resolution. The drone produces imagery at a lower cost and is not affected by cloud cover since it flies at a lower altitude. However it has to be mentioned that it is a still a challenge flying drones because of strict laws against their use like for the case of Uganda.

Both Dar es Salaam and Surabaya have sections of the city where the buildings are so dense, the drone generated imagery helps to produce better quality data during the digitization process. 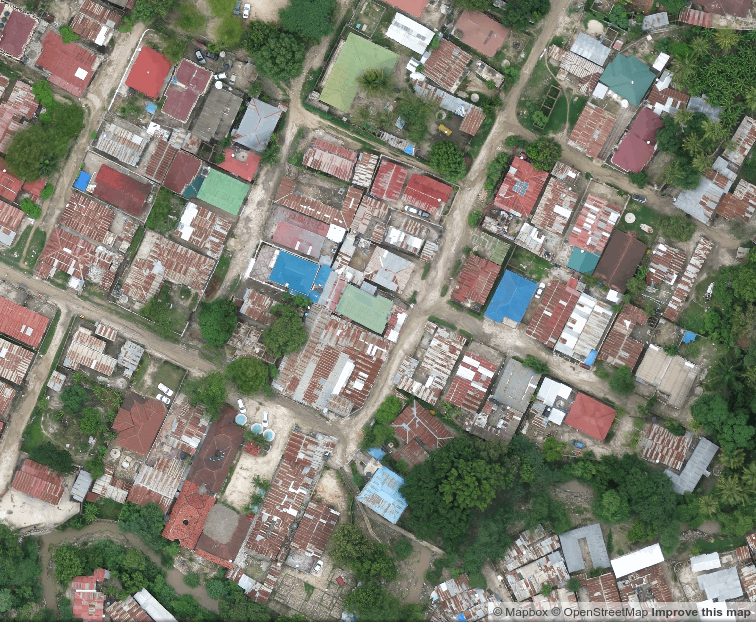 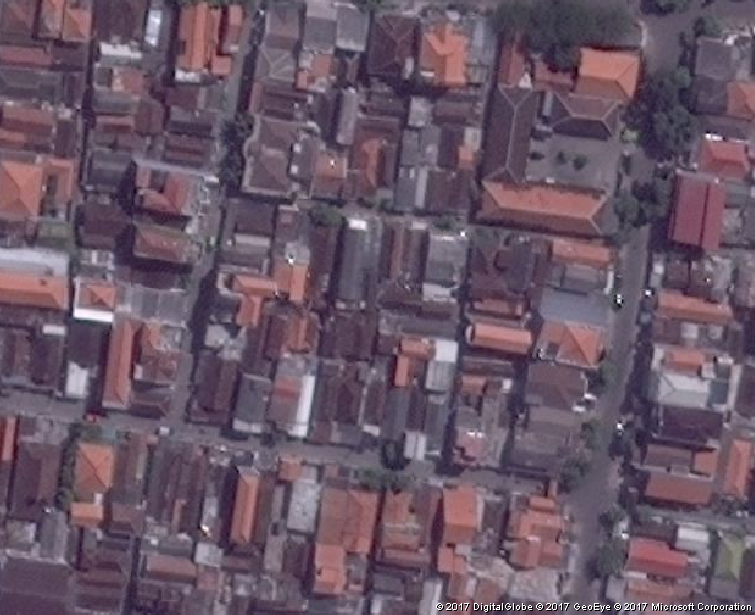 One of the most important things that I am learning from the HOT Indonesia team is Web Mapping using platforms like GIS Cloud, Ushahidi, and Drupal to build systems for reporting incidences of disasters like Flooding, Fire Break outs, Falling Trees, Social Conflicts. An example is the Jakarta Disaster Reporting system which uses Geo Data Collect (GDC) and and GIS Cloud to report disasters. Web Mapping provides is an interactive display of geographic information that can be used to tell stories and answer questions and this is one of the things I am taking with me back to share with community in East Africa.

This year, the OSM Community in Africa is organising the first ever State of the Map Africa conference which will happen in Kampala - Uganda in July 2017. It will be an opportunity people from all over across Africa to share experiences and thanks to the HOT projects in Africa, there will be a lot to share at the event. Everyone from the global OSM community is welcome to join us as we celebrate OpenStreetMap on the African Continent.