Malaria is a preventable and treatable infectious disease transmitted by mosquitoes that kills more than one million people each year, most of them in sub-Saharan Africa, where malaria is the leading cause of death for children under five.

According to the World Malaria Report 2016, in just 2015, there were 212 million new cases of malaria and 429,000 deaths. One child dies from malaria every two minutes. Because malaria is a global emergency that affects mostly poor women and children, malaria perpetuates a vicious cycle of poverty in the developing world. Malaria related-illnesses and mortality cost Africa’s economy alone USD 12 billion per year.

From February to April 2017 HOT engaged over 100 youth mappers in Uganda from 5 different Universities in the Malaria Elimination Mapping campaign to identify and map populated places in an area of interest covering over 500,000 square kilometers in Southern Africa, South East Asia and Central America to support the Clinton Health Access Initiative’s malaria program. Many of the students who participated in the program felt it was their chance to help eradicate the global problem which according to statistics is the leading cause of death in Uganda. 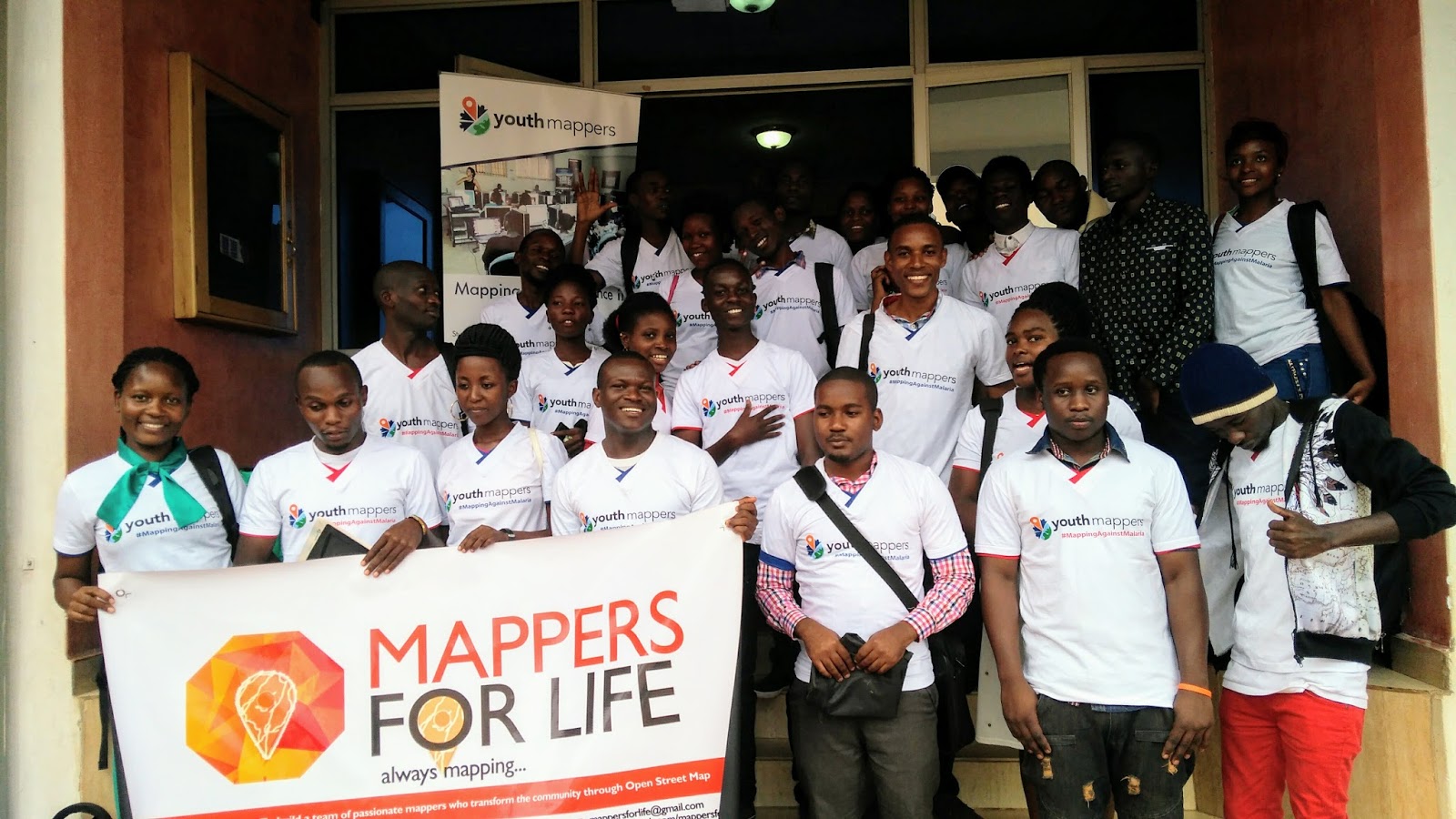 Through the program, the Universities which participated in the program received capacity building in GIS and open mapping techniques through trainings given by HOT Uganda GIS trainers. Many of the students were interested in knowing how the mapping they did helped eradicate malaria. A demonstration and walkthrough of how openstreetmap data can be downloaded and analysed using QGIS, an open source GIS tool was the best way to answer this question.

After three months of competitive mapping among the chapters, the Youth Mappers in Uganda have made over 5,600,000 map edits mapping over 800000 buildings and we are happy to announce the most overall productive Youth Mappers chapter in Uganda. The prize goes to Team Good Mappers from Busitema University who made 2,431,643 map edits and mapped over 376,000 buildings.

We are also happy to announce the best 3 mappers overall who will receive a fully funded scholarship to attend the first ever State of the Map Arica conference which will be happening in Kampala in July this year. These are:

The three will not only attend the conference but will also be able to give talks and share about their experiences and lessons learned through the Malaria Elimination Mapping campaign.

The mapping for malaria elimination campaign continues and anyone can contribute by picking and mapping tasks at http://bit.ly/2miQUyZ. Lets all join the fight against malaria!