The InAWARE mapping project in Jakarta, Indonesia, is in its fifth month, nearing 80% of completion. The project aims to comprehensively map and collect attributes of key lifeline infrastructures for disaster management planning and response, to be incorporated into InAWARE.

InAWARE is a disaster management tool to improve overall risk assessment, early-warning, and disaster-management decision making in Indonesia with support from the USAID, Office of U.S. Foreign Disaster Assistance (OFDA), as a funded program together with the University of Hawaii: Pacific Disaster Centre (PDC) and the Massachusetts Institute of Technology (MIT): PetaBencana to support the Government of Indonesia: Badan Nasional Penanggulangan Bencana (BNPB), and Badan Penanggulangan Bencana Daerah (BPBD) DKI Jakarta and Jawa Timur. 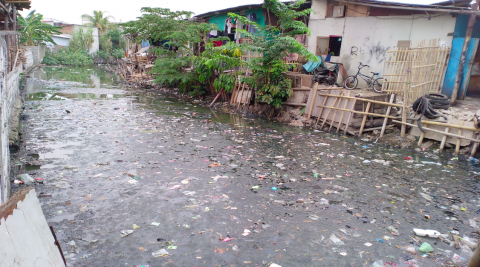 [Image 1. A river clogged with wastes would later become a source of flash floods in Jakarta. Photo by Ramadyan/HOT Indonesia.]

Mapping relations for RT (neighbourhood) boundaries, the smallest city’s administrative unit), and evacuation routes are two unique features to OpenStreetMap (OSM), which  can be utilized to support BPBD in designing its disaster management plan. Jakarta is a city where 40% of the area is below sea-level and is  losing around three inch of land every year. There are 13 rivers that flow through the city, four of which were the sources of previous flash floods. Mapping these hotspots, identifying the vulnerability of individuals and the capacity of infrastructures to withstand  hazards  in those areas, is crucial to properly plan for disaster mitigation and response activities. 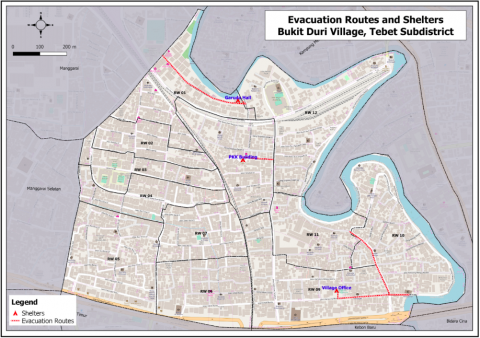 [Image 2. Evacuation routes, highlighted in red, lead to public infrastructures, such as village offices and public halls, that can act as shelters and care-centres when disaster events occur. Map by Dewi Sulistyoningrum/HOT Indonesia.]

To map evacuation shelters in OSM is as easy as adding the correct attribute tag to the buildings identified by the village administration. Village offices usually keep a list of such infrastructure information and display signs for public view. In Jakarta, these buildings normally include village offices themselves, places of worship, schools, and clinics/hospitals. We use “evacuation_centre=yes” as tag’s key for this purpose. More evacuation related tags can be found here.

During HOT’s discussion with the city administration, five villages (kelurahan) were chosen to pilot by BPBD DKI Jakarta for the RT Boundaries mapping and validation. These villages were selected because of their high vulnerability to inundation during the rainy season. Two of the areas are crossed by Ciliwung River, a waterway notorious for clogged canalization and overflows when torrential rains hit the city. These five villages, include:

The effort to map the city down to the RT level will add the granularity of data input to InAWARE, allowing for more focused and precise contingency planning. Jakarta’s RW admin boundaries  were last mapped in 2014, and are being updated this year through close consultation with village officials and field validation by our data entry specialists. 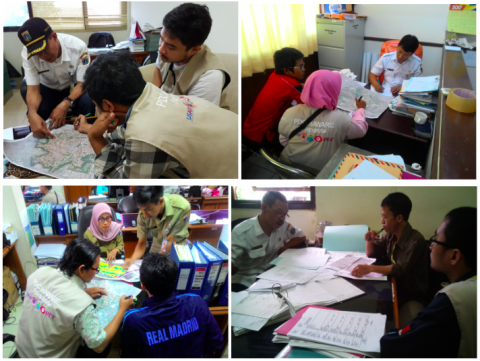 [Image 4. HOT Data Entries were in close consultation with village officials to update admin boundaries down to RT level and locate evacuation routes and shelters. Photo by HOT Indonesia.]

Being one of the most densely populated cities in the world--averaging 14,000 people per kilometre square--a comprehensive and regularly updated infrastructure map in Jakarta is instrumental to the safety of its dwellers. HOT’s current endeavours to advance its data collection of the key lifeline infrastructure attributes in Jakarta can hopefully enhance the city’s risk management and unlock the potential for  other spatial data-driven initiatives.