On October 23, three waterspouts were seen next to each other, sweeping across parts of the Thousand Islands, the northernmost territory of Jakarta. Although no casualties and damages resulted from this phenomenon, Indonesia’s National Disaster Management Agency (BNPB) warned local residents to remain vigilant in the face of climate-induced disasters.

Last year in 2016, waterspouts blew past Tidung Island, one of the most densely populated islands in the area. Over 177 houses were damaged, with 708 people affected from the strong blast of wind. Similar occurrences were also documented in 2009, 2011, and 2012, according to the village officials when visited by HOT Indonesia as part of the InAWARE mapping project. 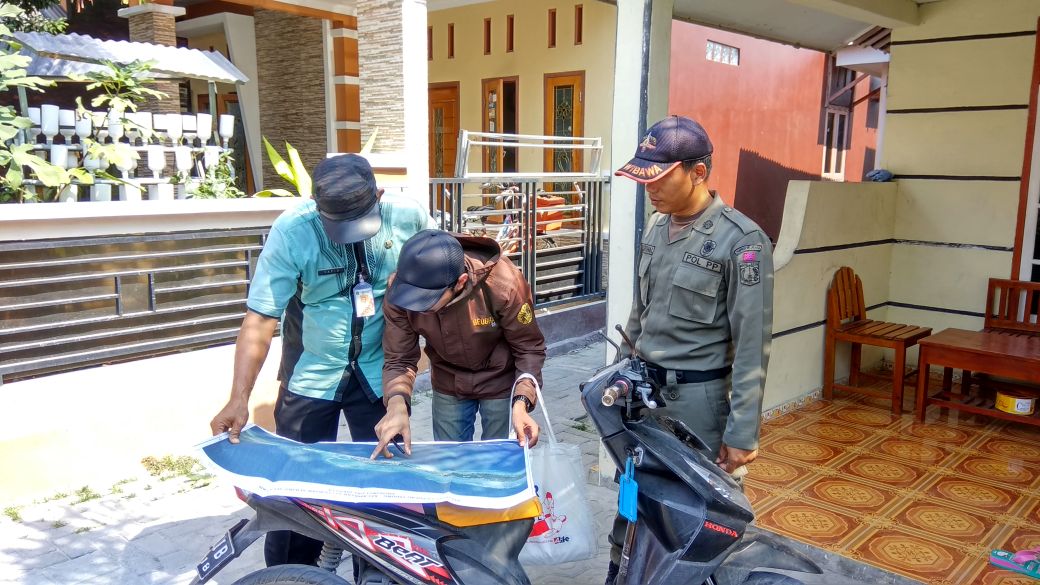 The head of BNPB’s Public Relations and Information Data Centre, Sutopo Purwo Nugroho, expressed his concerns, “Having three waterspouts appearing at the same time is a rare phenomenon, especially in a tropical country. This shows that climate change is real, due to the destruction of our environment and natural ecosystem.” Sutopo also stresses how the anomaly of extreme weather and disaster likelihood have intensified in recent years.

InAWARE, a disaster management tool, aims to improve overall risk assessment, early-warning, and disaster-management decision making in Indonesia. It can play a crucial role at assisting BNPB in mitigating, preparing for, and responding to climate-induced disasters. The Humanitarian OpenStreetMap Team (HOT) Indonesia, is collaborating on a USAID, Office of U.S. Foreign Disaster Assistance (OFDA) funded program together with the University of Hawaii: Pacific Disaster Centre (PDC) and the Massachusetts Institute of Technology (MIT): PetaBencana, by mapping lifeline infrastructures in urban areas for the InAWARE platform, including in all 247 villages of Jakarta. 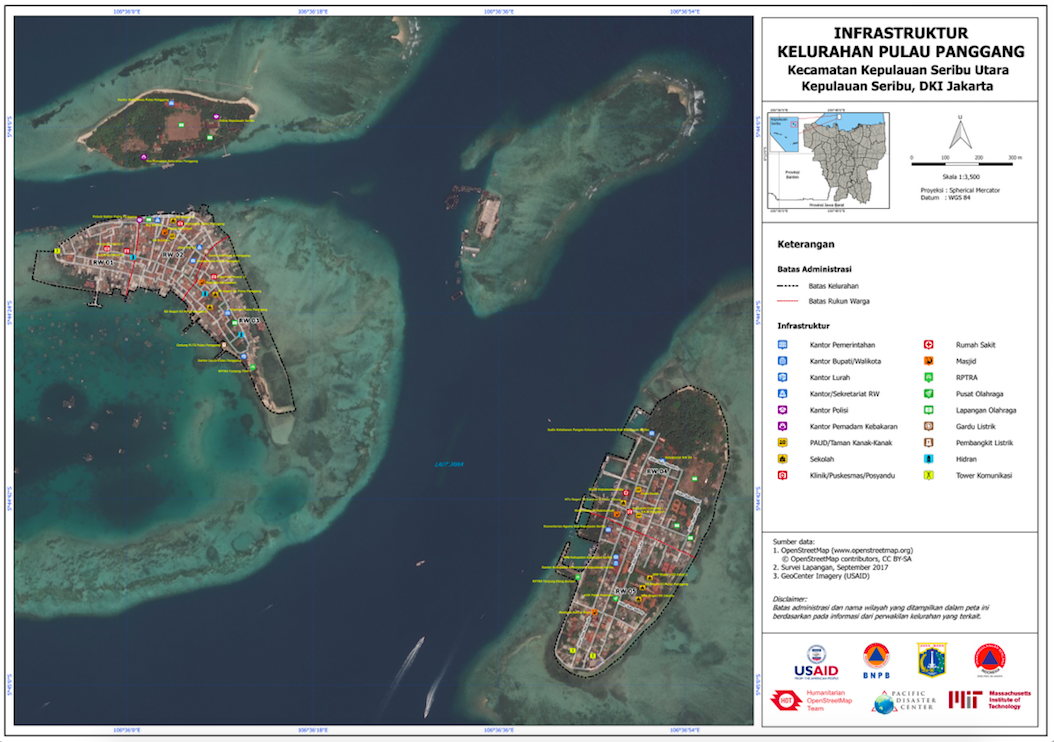 As part of the InAWARE mapping project in Jakarta, four HOT Data Entry (DE) specialists visited six villages in the Thousand Islands, including:

A total of 155 points of interest (POIs) and 408 kilometers of road were mapped by HOT’s DE during their 3-day ground survey. The graph below shows that a higher presence of public facilities in a given place, do not always correspond with a higher number of road networks that connect them. 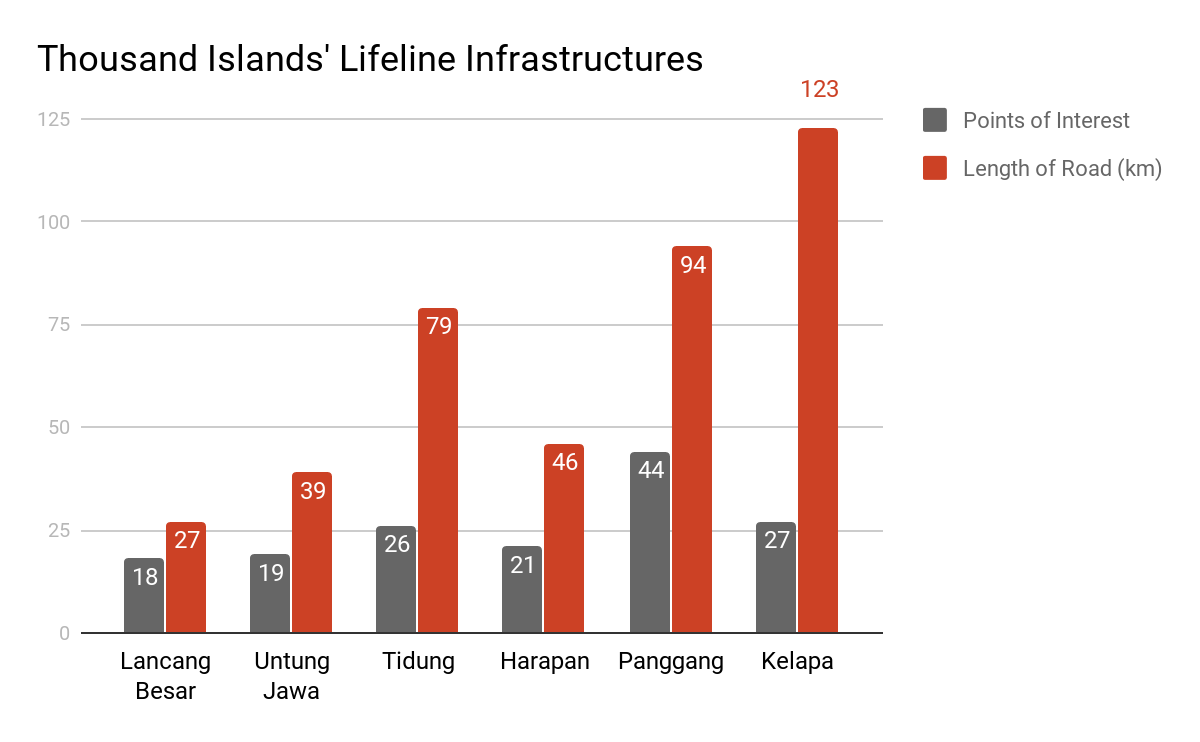 The process of mapping for this project begins with digitizing building footprints and road networks within the target area of interest. This has been achieved through a combination of DigitalGlobe Premium and GeoCenter imagery generously provided through USAID. Once the geospatial geometries have been mapped in OpenStreetMap (OSM), the village offices are visited to consult with representatives to identify the local administrative boundaries, points of interest, assigned evacuation shelters and evacuation routes in case of emergency. DE specialists will then visit each point of interest to add detailed attribute information using OpenMapKit (OMK), before uploading the data to OSM, which can then be pulled into the InAWARE platform as individual layers to help disaster managers with their decision making. 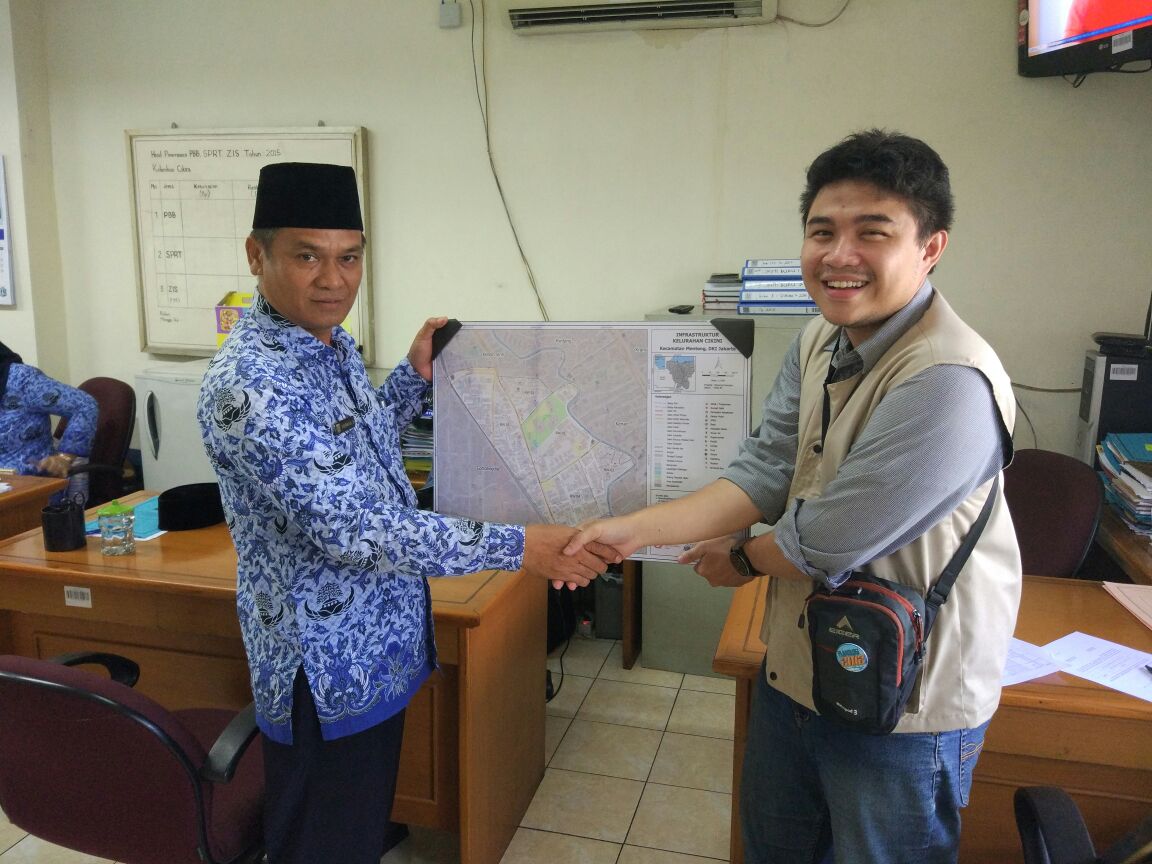 The HOT Quality Assurance (QA) specialists and Team Supervisors then validate this data to ensure the quality and resolve any potential conflicts. Maps of the villages are printed and framed as posters, which are then presented to the representing officials as part of the project. Some offices in the Thousand Islands still use hand drawn maps, which are out of date and missing vital information. The printed OSM maps will also help them identify lifeline infrastructures in their area for purposes beyond disaster management.