Mozambique is a developing African country with many riches, and a lot of untapped potential in natural and human resources. Mafalala is an area of only 1 square kilometre, but with 25,000 inhabitants. It is a low-income neighbourhood sitting right on the edge of Maputo's centre. Maputo is the capital of Mozambique, and like many others is a city of contrasts. The well infrastructured and bustling city centre is under increasing stress from the ever sprawling periphery.

These contrasts are very visible in Mafalala. Mafalala and its surrounding areas were originally built to house “people of colour” during the Portuguese colonial period. The urban fabric was deliberately built poorly, including houses were built of low quality materials and narrow streets. This intent for segregation, resulted in the opposite: Mafalala became an effervescent brewer of revolution. Mafalala youth travelled abroad, and public spaces hosted international gatherings. Meetings were held and poems were recited. The renowned footballer Eusébio, the famous writer Noémia de Sousa, Mozambique’s first president Samora Machel were all either born or lived for many years in Mafalala, along with many other important figures of Mozambique’s history.

This special revolutionary environment produced a wide range of cultural and built heritage assets. Built heritage assets include the special wood structure with undulated metal sheet houses (locally called "madeira-e-zinco"), the verandas for public gatherings and speeches in the "cantinas", the peculiar street layouts alternating narrow alleys with surprisingly pleasant small "squares" within the residentials clusters. Unfortunately both built and cultural dimensions of Mafalala are disappearing fast amidst pressing urban growth, low government prioritization, and overall loss of the cultural identity and values that guided Mozambique’s struggle for freedom and first steps of independence. 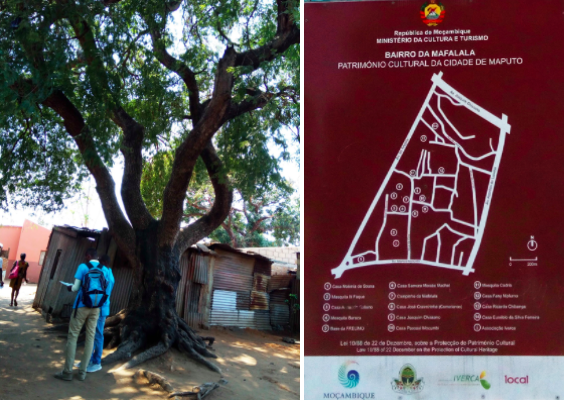 With a HOT Microgrant, a group of enthusiasts and activists are currently mapping Mafalala, hoping to capture this special historic and urban environment, and display it as data on a map. The mapping activities are both remote and field, detailed and intensive, going around multiple iterations of data collection on the same areas. The data is divided into 3 groups: a base map of buildings, roads, trees, etc. A second layer of flood related issues like drainage (which is the main public health issue in the neighbourhood). And a third layer of heritage related features. These present the main challenge since the tagging presets in OSM appear to not directly address such mapping interests. This challenge is being overcome by keeping the goal of capturing as many details about the special features as possible in the field, but then giving all of them one common, standard tag (historic=yes) in OSM. The features are then later customized in QGIS during the final map production based on the field data. The project will include some lessons learned to help others map similar situations better in the future.

By providing equipment (phones and a laptop), printing out field papers and survey forms, subsidizing data packages and giving logistic support to the field teams, all of which are low cost expenses, the HOT Microgrant has demonstrated that it is possible, even with few resources to have a big positive impact in local communities, through mapping. In addition to the intangible results, the Microgrant has so far allowed for the field mapping of over 6000 homes; 25 kilometres of roads, alleys and drainage features; 1000 trees - a central feature of the social life of Mafalala; among others. Much more mapping is in progress. 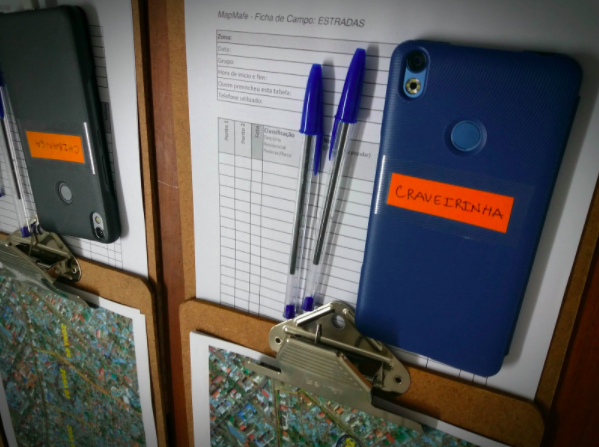 Ultimately, these activities have been a pretext for a dialogue between our mapping community and leading local associations Iverca and Dambo, who have been working for over 10 years on the matter of cultural heritage and public health in Mafalala and surrounding areas. Dialogue, interchange, and participatory community mapping methods are once again a vehicle for development of human relationships and raising awareness of important social issues. In this way, mapping is a fun and joyful way of making a decisive contribution in shaping a better future for Mafalala and its residents.

Thank you to the HOT Community for your support to Mafalala!