In 2017, Humanitarian OpenStreetMap Team received a grant from Nethope as part of the Device Challenge, which aims to reduce barriers to technology to people worldwide through providing devices, training, and internet connectivity. Under the grant, HOT will be supporting twelve communities to purchase mobile phones and laptops, improve training, and gain better connectivity, to help them fulfil their missions to improve the map in their countries.

So far, five communities, in Mali, Tanzania, Bangladesh,Turkey, and Guinea, have received funding and have been using their new devices to train community members and contribute to humanitarian initiatives through mapping. In 2018, seven more communities will be supported under the Nethope Device Challenge grant, with projects kicking off in Liberia, Zambia, and Uganda currently.

In Mali, the OSM community have been making use of their Nethope grant devices to train students in GIS software. This training, the first of many conducted by OSM Mali, hopes to leave students feeling empowered with their new skills and with the confidence to continue mapping and contributing to development initiatives within their communities. The community lead, Nathalie Sidibe, an HR Manager intent on increasing female participation within a largely male-dominated sector, has acted as a role model for female students starting out in their careers. She hopes, that through the provision of devices and increased training made possible through the device grant, OSM Mali can grow, inspiring the next generation of young people to use technology for social change.

"OpenStreetMap is the most important thing that has happened to me in the last three years, and it has been an opportunity for me to strengthen my leadership skills, improve my personal development and capacity for community building… The Device Challenge grant management has also strengthened my leadership skills in this male-dominated area and has helped to increase our members and other people interested in OpenStreetMap" – Nathalie Sidibe

Equipped with new devices and training skills OSM Mali have been mapping two community districts to support Abt Associates work on malaria prevention. The scheme aims to prevent the spread of malaria through residual spraying of insecticides. 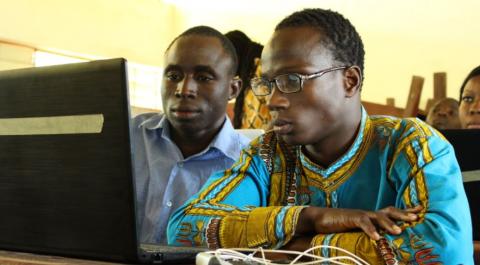 In Bangladesh, the Nethope Device Grant has supported the “Map Your City” project launched by “BHOOT” (Bangladesh Humanitarian OpenStreetMap Operational Team). Since receiving the Nethope Device Challenge funding in October 2017, BHOOT have managed to place an additional 850,000 buildings on the map.

This year, OSM Bangladesh have helped respond to the South Asia floods and the Rohingya refugee crisis. During the South Asia floods over 40 million people were displaced, and in Bangladesh, over 100,000 homes were destroyed. The Rohingya Refugee Crisis caused over 600,000 refugees to flee to Bangladesh to escape the escalating violence in Myanmar. With the Device Challenge grant, OSM Bangladesh have been able to increase the efficiency of their mapping and training. The impact of OSM maps for the Rohingya Refugee Crisis can be read here. 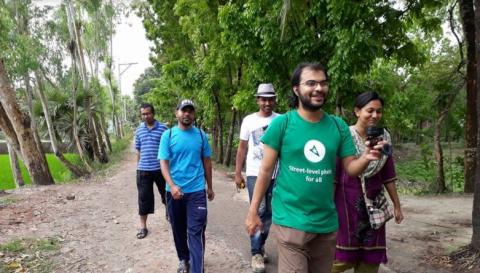 HOT Turkey have been using their Nethope Device Challenge grant to run two days of mapping training for local community members and refugees. Many of the training participants are Syrian refugees who have settled in Istanbul to flee the ongoing conflict and would otherwise have limited access to technology. These training workshops are providing volunteers with new technical skills as well as helping forge a more connected and resilient community in Istanbul.

During two days of training run by Yer Çizenler, a charity focused on creating multilingual maps with the help of Arabic-speaking refugees, participants learnt how maps could be created in through OpenStreetMap and used applied to support humanitarian initiatives. Initially, teams took part in remote mapping to trace over building outlines using satellite imagery. Volunteers then were then trained in field mapping techniques and used their new data collection skills to tag service points such as(e.g. NGO's, community centers, shops, and restaurants etc.) in the Sultanbeyli district of Istanbul.

One of the volunteers, Leila, a refugee from Syria who moved to Istanbul three years ago said, "I wanted to do something valuable for my community in Sultanbeyli. By joining this field mapping team, I feel like I am supporting my community to be able to access the services provided for them. We don't have an accessible map for our community in the Arabic language. So I am doing something valuable and I want to learn as much as I can, to be able to continue the field mapping and contribute more." 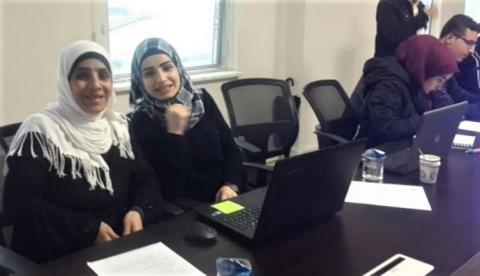 Leila and her mother at mapping training

Tanzania Development Trust have been working with local communities in rural Tanzania for the past 40 years, and has been mapping since October 2015. One of their key barriers prior to receiving the Nethope device grant has been access to technology and training. Having received the device grant in August 2017 Tanzania Development Trust have been able to scale their work. They are mapping so that community activists can locate and protect girls at risk of FGM, as well as providing local officials data needed to plan for the development of services e.g. water access or health facilities. Despite the illegality of the practice, a 2016 report from UNICEF shows that, across five regions of Tanzania, 51-80% of girls are still victims of FGM. These regions are often unmapped, with inconsistent or unknown village names, which makes navigation extremely difficult. Community members perspectives on the impact of the devices can be seen in this short video.

The devices and training provided by the Device Challenge has also helped to strengthen the ever-expanding network of mappers across Tanzania. In December, the first State of the Map Tanzania took place, organised by Tanzania Development Trust. The conference was attended by 177 mappers from 10 countries and was run in collaboration with HOT’s Ramani Huria project. The event involved three days of training, and the devices distributed will allow community leads to expand their local mapping capacity in 2018. State of the Map Tanzania is now set to be an annual event. You can read more about the event here.

OSM Guinea is working to build a large network of mappers in Guinea through establishing YouthMapper chapters, and training community members to improve  technical mapping skills and confidence to utilise these maps for social change. In 2017, OSM Guinea has created three new YouthMapper chapters - UGLCS (University General Lansana Conte of Sonfonia), YM ISSMV Dalaba, and YM University of Nzerekor YouthMappers. Most of the members of these chapters have no previous experience of OpenStreetMap and little access to technology. OSM Guinea received a Nethope Device Challenge grant in December 2017 which has enabled the community to build the capacity of the young mappers through training and mapathons.

Within just two weeks of receiving funding, OSM Guinea organised two training sessions on how to edit buildings and roads using JOSM, upload data onto OpenStreetMap, QGIS, and how to contribute to the HOT Tasking Manager. During the first training, 1275 buildings were mapped in just five hours. OSM Guinea plan to expand their network to support more Youth Mapper chapters to receive specialist training and improve their mapping projects over the next few months.

Mr Diallo Abdoulaye representing OSM Guinea said, “By receiving these devices, OSM Guinea is starting a partnership with HOT OSM. These devices will strengthen our community and enable us contribute to map the country and support HOT and humanitarian NGOs whenever and wherever they need maps and data.” 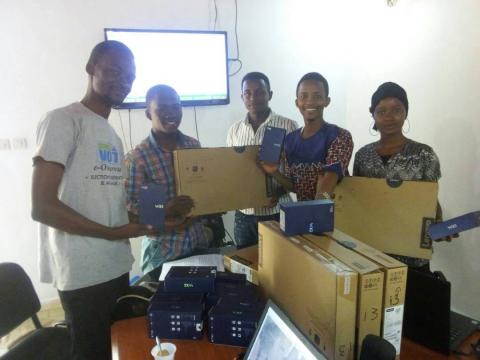 In 2018, HOT will be supporting an additional seven communities thanks to the Nethope Device Challenge grant. HOT wishes to thank Nethope for helping to further our mission to reduce barriers to mapping for people around the world. The devices provided to communities shall be used far beyond the grant period, and projects and maps created will continue to impact the lives of people for many years to come.