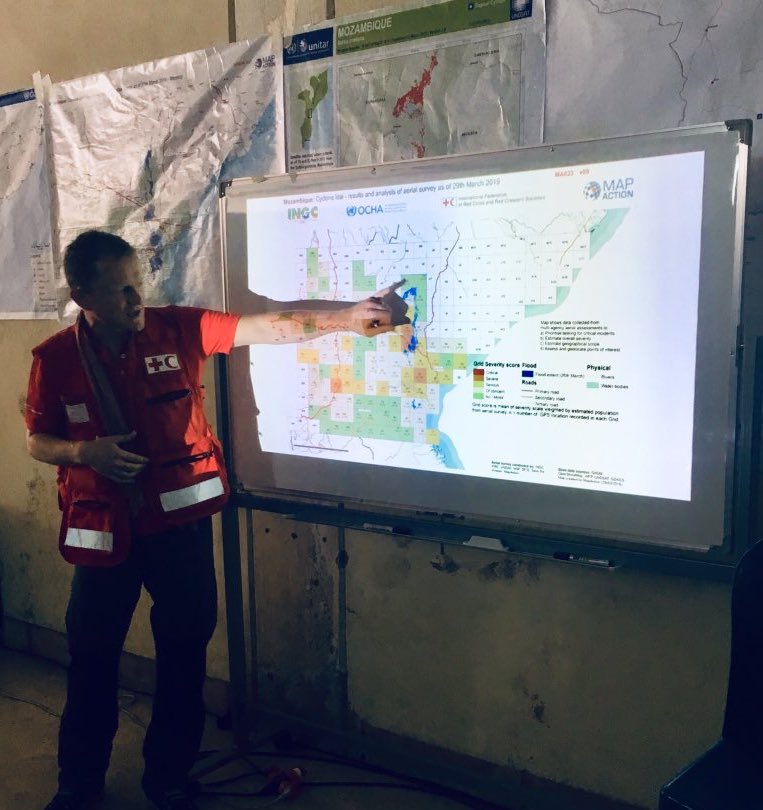 How do humanitarians use the data and maps provided by HOT and OpenStreetMap? Lauren Bateman, Remote Coordinator for Information Management Team for Cyclone Idai Response, American Red Cross, talks about how the IFRC used the maps on the ground during Cyclone Idai.

As the Remote Coordinator for the Information Management Team for Cyclone Idai response, I’m the point person for the team on the ground in Mozambique when they have map, data or infographic requests.

As soon as the Cyclone happened on 14th March 2019, I first talked with the IFRC Cyclone Idai Team Leader on the ground in Mozambique to find out what kind of maps would be helpful and what kind of information he is looking for. They’ll be asking questions, such as ‘What would happen if the upstream flooding overflows dams and adds to the flooding that is already here? Where are the vulnerable populations?’

IFRC has a globally dispersed team of information managers and GIS folks who make maps, data clean and make mobile data collection forms, so I coordinated that team of people to make sure we get the Team Leader the information he needs, when he needs it. 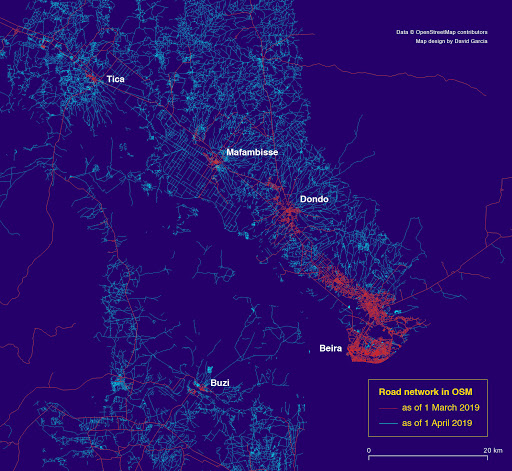 Map of contributions to OpenStreetMap for Cyclone Idai

We start by going to the places we know the data exists in these contexts. We begin with OpenStreetMap (OSM) as our base map - it’s our go to and we build everything else off of it. Complementary data sets are then found and added from other places, such as HDX and humanitarianresponse.info. The next step, I’ll work with the mapper to decide how we want to present the data, what story we want to tell, and how the information can answer the questions we’ve been asked.

My colleague on the ground is saying that they’re using the maps we’re sending them as a focal point for conversations and planning meeting. Maps are becoming so ubiquitous, people expect there to be a map now. It’s an essential part of the response.

How do the IFRC use OpenStreetMap data?

For Cyclone Idai, we sent our teams base maps of the area to understand what it looked like before the cyclone. In the early days of the response, we were looking for satellite imagery to get a sense of the scale of the flooding, which was also used for search and rescue. As the floods got worse, one of our mappers overlaid OSM building data onto the flood extent, so we could get a ballpark figure of how many people were affected, displaced, and how many homes were impacted by the flooding. Later on in the response, we had requests to identify where certain buildings were located, such as health centres or hospitals for our health team who would assess the damages and medical needs of patients.

Once flood waters started receding, our team on the ground carried out an aerial assessment. We went up in a helicopter and used a grid approach to identify the areas that were more affected, then made requests to the OSM community to focus on mapping the more impacted areas to get a detailed sense of where roads and buildings are. Our teams on the ground then used that information to navigate and drive, and think about the population that was affected in those areas.

This is one of the first responses where I’ve personally seen OSM very tightly tied with our response. It’s the first time I’ve seen the impact of the international charter for satellite imagery, plus the mapping community, all coalesced together to help us get a sense of was happening on the ground, when the scale of what was happening was so unclear.

HOT/OSM is not only the very foundation of all of our maps, but by asking HOT to add to those base maps, we can also use it to identify and map severely affected communities.

It’s hard to overstate how useful HOT is for providing the starting point for us. We’re all big fans! 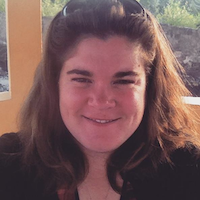