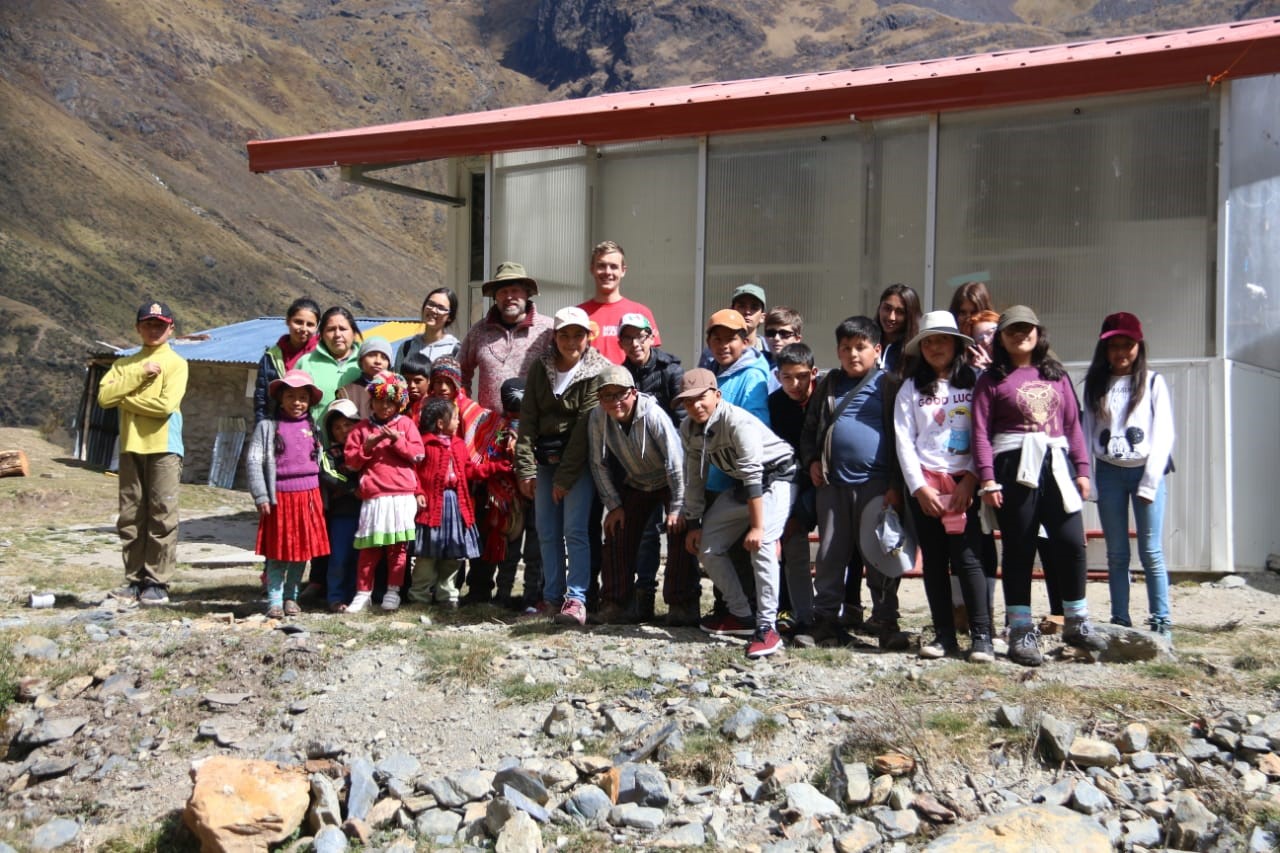 In 2017 HOT received a grant from Nethope under the Nethope Device Challenge program. 22 OpenStreetMap communities were beneficiaries of the grant across 20 countries. Over the next few weeks we will be sharing some of their success stories. The following story is from the Global Active Learning (GAL) School in Peru, where children are being taught the impact of OSM in their communities.

Our objective is to empower secondary school children in Cusco to improve their society through projects using OpenStreetMap (OSM) tools and a 360 camera to create extended reality content. Youth in two schools have explored the art of the possible with the tools available, analysed their own societies and targeted specific things they want to change. Ideas currently being developed by youth range from improving the semi-formal public transport system to sharing and promoting regional and local cultures and traditions to raising awareness of gender biases. In one instance, an informal conversation occurred with two 9th grade female students discussing sexist stereotyping from others in their class, which turned into a project they’re now leading to map sexist advertising and imagery across the city, inspired by the work of other groups using OSM.

“We’re doing a project based on sexism. The main reason we chose to do this is because we’ve grown up in a very sexist culture which affects the value we have in society and because we’re so used to this its important to recognise this sometimes. I feel very excited about being able to do this (map sexist advertising and everyday actions) because I feel that we as girls are affected by this and I feel lucky that I can do something that not a lot of people can do.” - Paula, Year 9 student.

More broadly, the devices are enabling teachers to innovate and improve their classes day to day. We’re also expanding our use of the 360 camera (provided by our unrestricted portion of the grant) to create extended reality content highlighting cultural traditions for educational purposes. To-date these have included an immersive experience explaining the traditional process of creating adobe bricks in Huayopata, which can be watched with low-cost Virtual Reality (VR) Goggles, and real adobe bricks to stimulate senses of touch and smell. Another is a set of 360 images and videos exploring Inca ruins, and a primary school in the same region. The goal of these activities is to create a bank of images, videos and immersive experiences associated with certain geographic zones to record what it means to be a Peruvian, to explain and share these with groups nationally and internationally to create a better understanding and empathy of different contexts.

“We mapped Qhapac Nan and the community of Panticalle, and took 360 degree images. Its important to do this so that people learn and know more about our culture and can visit these communities and help the people there (through increased tourism and visits)….Thanks to these devices we can map and put new places on the map to help economic development”. “I felt good, important using the tools and doing this work (mapping) because I know its important for the communties we’re mapping.” - Camila, Year 8 student who mapped Inca trail, ruins and rural communities.

In the short-term we will work with three schools from different geo-social areas to empower students and increase the exchange of cultural experiences between them. Within GAL School, we’re further training teachers so the tools provided by the grant and OSM in general can be constantly be used within their classes in alignment to the national curriculum. Additionally, the project-based approach to using the tools provided by the grant will continue indefinitely on an annual basis with 10th and 11th grade students, and the bank of geo-located images, maps and videos will continue to grow.

In the longer-term, we plan to build OSM activities with youth into multiple future projects outside of the school. We are already in advanced stages of confirming an alliance with an international NGO focused on immaterial cultural with the goal of expanding the use of mapping and documenting cultural traditions nationally and across Latin America. We also hope to partner with Ministry of Culture to create an open-source, participative version of Google Open Heritage – empowering youth to working with government authorities and map areas of historic interest.

In addition to the mapping focus, the technology has already provided additional educational benefits to Peruvian youth – providing the school with its first computer laboratory and enabling students of all ages to experience extended reality content in lessons, including a VR flight through space with primary school students to teach about the solar system in Physics classes, a VR experience of how it feels to have autism for teachers being challenged to work with an autistic child, and secondary school students exploring the human heart through Augmented Reality to support Biology classes.

“I feel very lucky to be using these devices. Its helped to show me that we can use technology to help our city and society” - Abril, Year 9

360 photo of pupils at Panticalle School, a rural remote school where children have no technology access. Using the devices, and in collaboration with children at the school, we’ve mapped the Inca trails surrounding the school - June 2018.