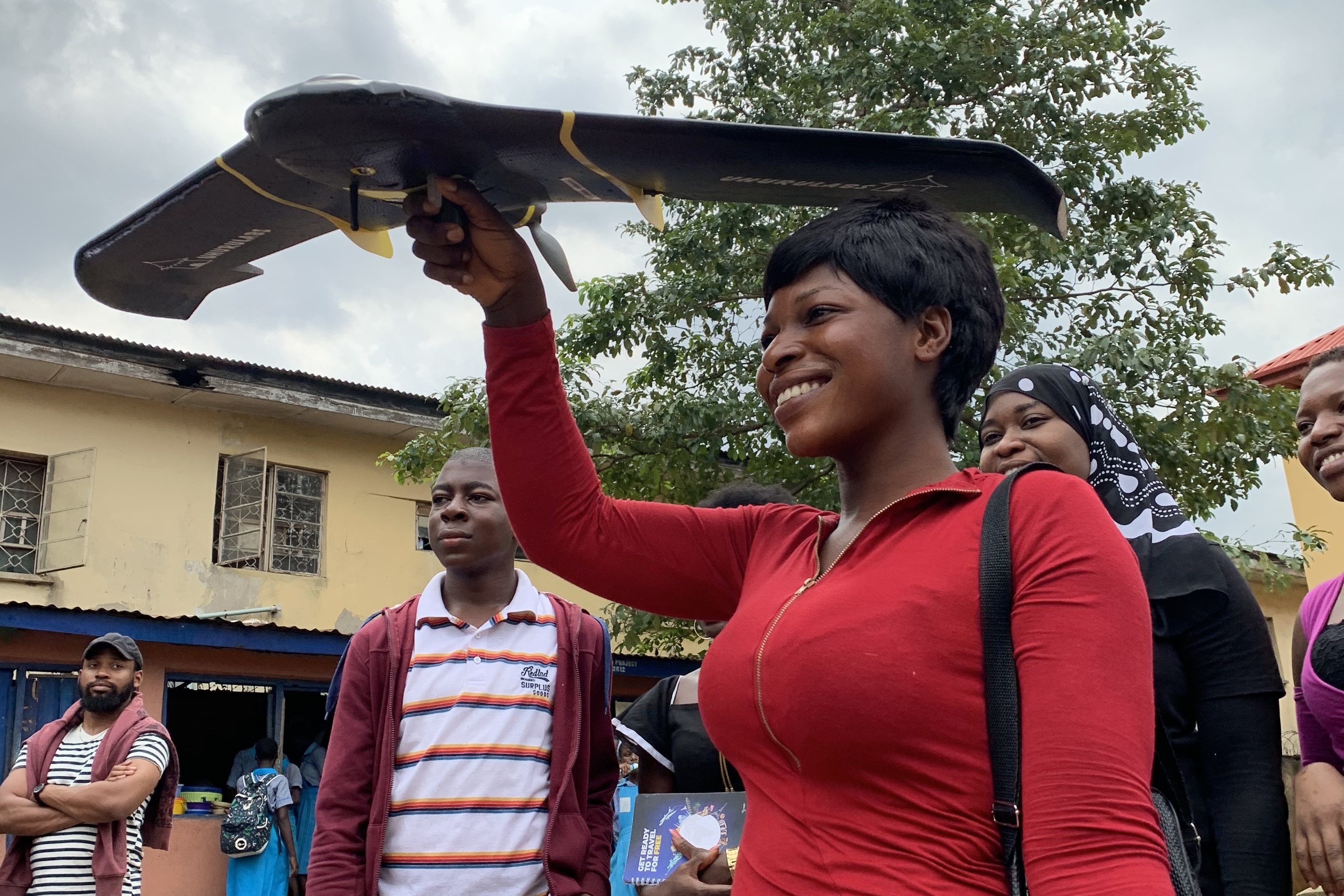 In 2019, HOT provided Microgrants to eight local, regional, and national organizations around the world. Here are some highlights of their work.

In 2019 HOT provided Microgrants to eight local, regional, and national organizations with plans to use mapping to address challenges they and their neighbors faced. As they come to the end of their projects, we wanted to share some of the highlights from their activities with the HOT community. 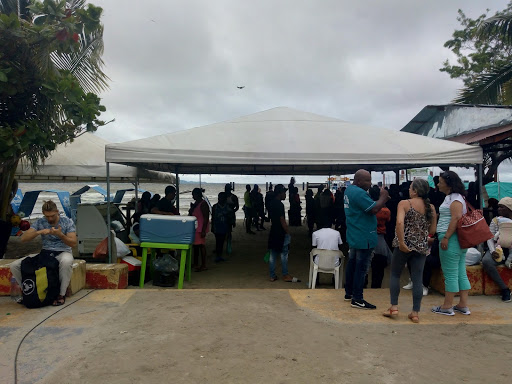 FOSM Colombia has installed local wireless networks in towns such as Necocli and Capurgana in the Darien area at the Colombian border with Panama. These local networks are hosted on RaspberryPis with low-cost outdoor wireless routers to provide information and maps to migrants and residents who have phones but no regular internet access. Using the networks, migrants can find and share crucial information that can be a life saver on their journey. The networks also come with key points of information pre-installed: 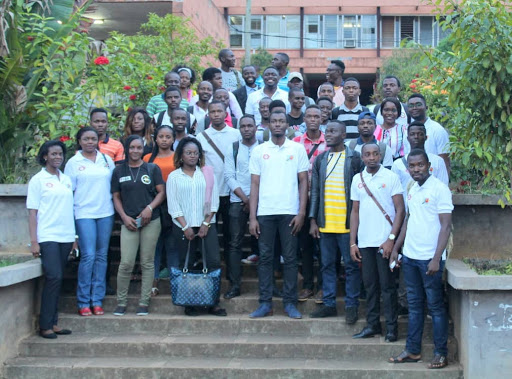 With support from a 2019 Microgrant, OSM Cameroon trained over 82 people for the roll-out of GeoCameroon, a geoportal to promote the use of OpenStreetMap data to support decision making and share information with partners.

OSM Cameroon also mapped three municipalities in Northern Cameroon, creating data on land use, municipal infrastructure, and socio-economic information that is now all available in OpenStreetMap and the GeoCameroon portal.

OSM Cameroon also worked with eight OSM communities from different countries in Africa to deploy and freely reuse the platform according to the needs of their countries.

Location of Eco Tourism Sites and Lodges in The Gambia

Known as the Smiling Coast of West Africa, The Gambia is the smallest country on mainland Africa, surrounded entirely by Senegal except for its western coast on the Atlantic Ocean. Since the change of government in 2017, there has been renewed interest by the youth in the country to contribute to the Sustainable Development Goals of the country.

With the help of a HOT Microgrant, YMCA The Gambia has been able to establish a local OpenStreetMap community while at the same time contributing to the national development goals. They have been mapping the sites and lodges for ecotourism in the country, training over 50 youth in open mapping, and working with The Gambia Tourism Board and National Environmental Agency to make use of the data collected to promote ecotourism in the country. 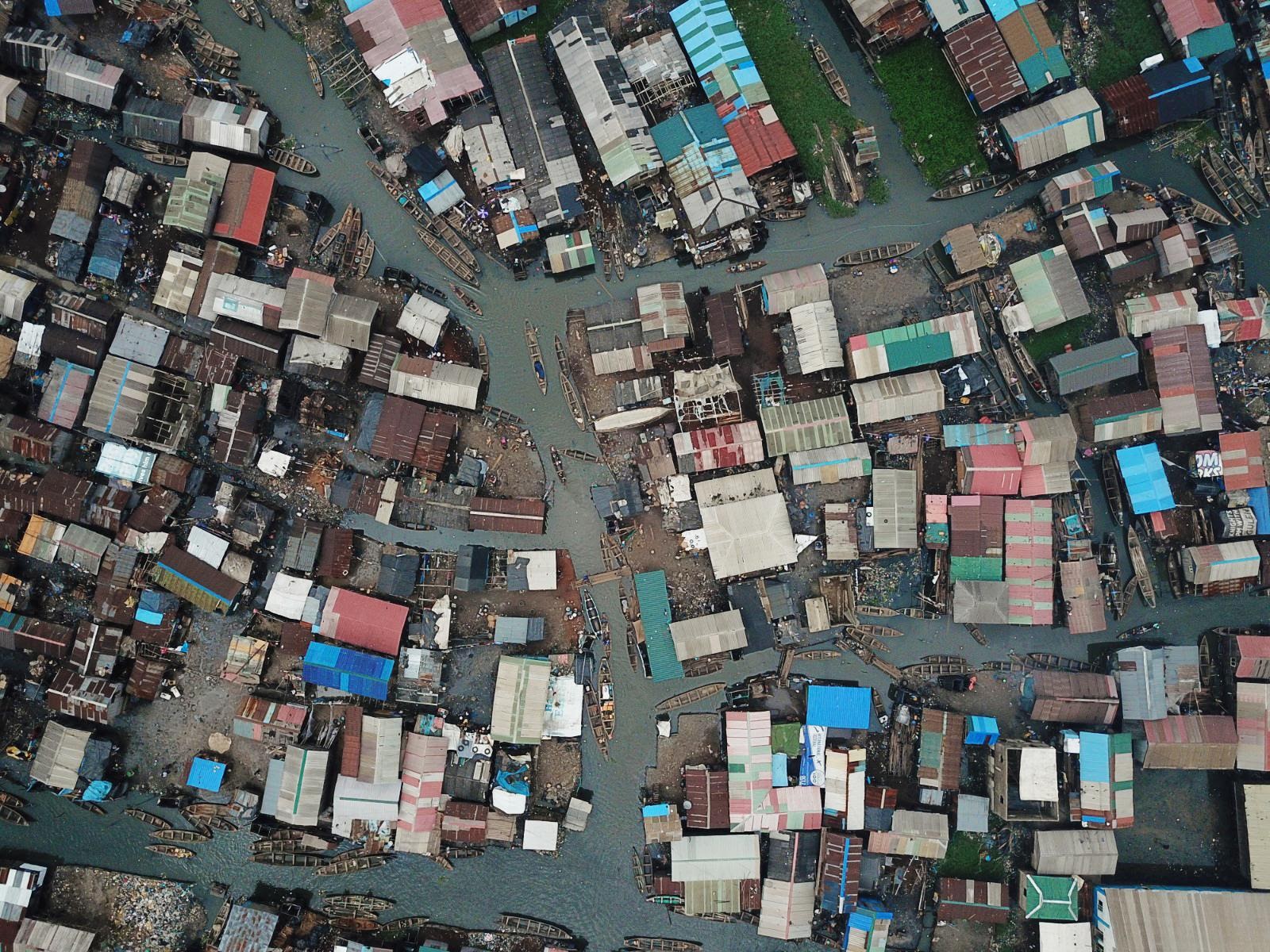 Makoko is one of Nigeria’s floating slums, with a third of the community built on stilts in a lagoon off the Lagos mainland. The rest of the settlement is on swampy land with little sanitation and few public services. With support from a HOT Microgrant, Code4Africa worked with a team of volunteers to map Makoko to make a case for improved services and land ownership.

To do the mapping, the Code for Africa team trained and worked with volunteers from Makoko to capture high resolution imagery using drones, and then used the HOT Tasking Manager to engage the global community in tracing all of the buildings and roads. Then, using canoes to navigate around the settlement, they collected data on points of interest using ODK that were later cleaned up and uploaded to OpenStreetMap. 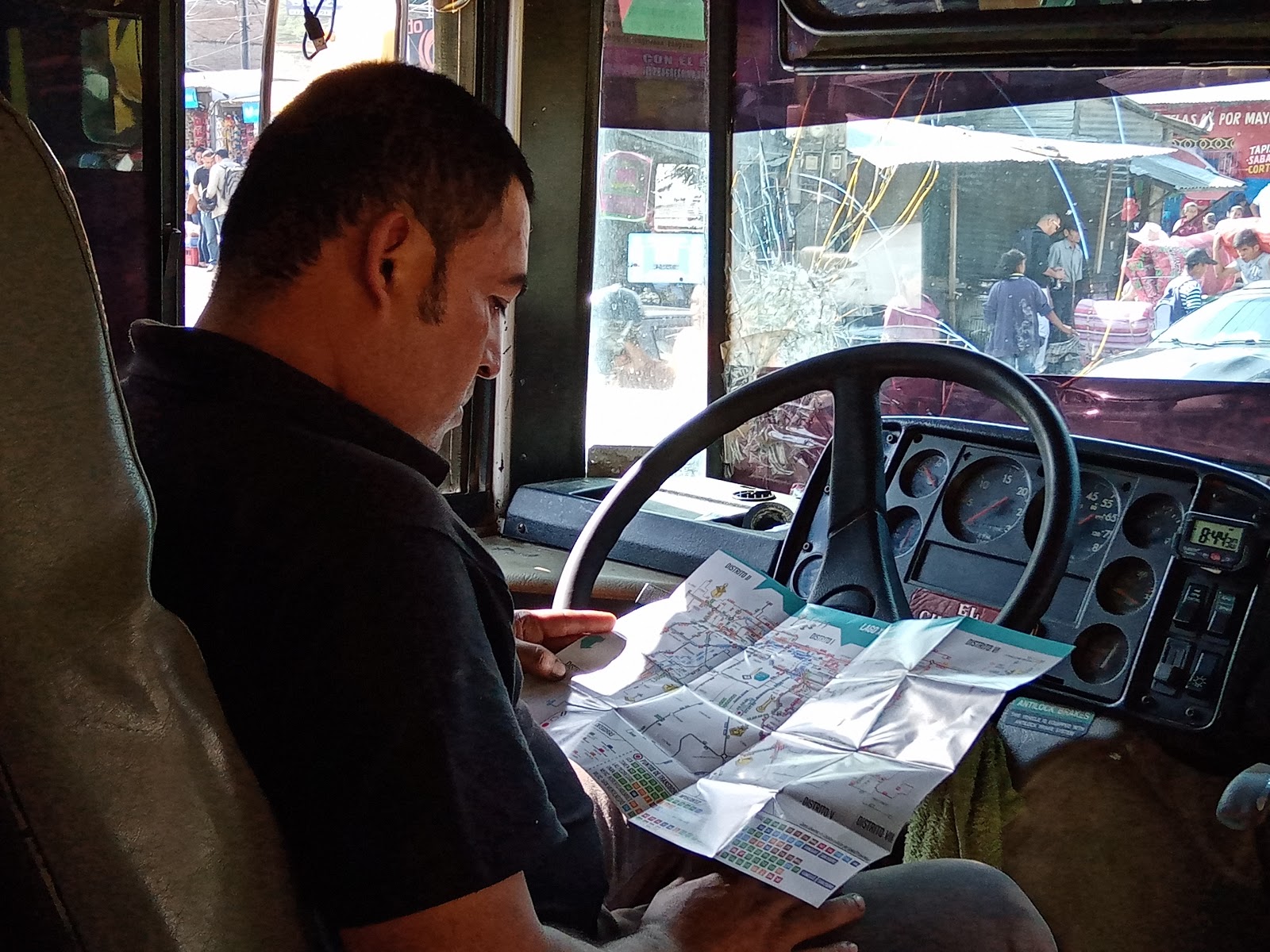 After their successful project of mapping public transport in Managua and Esteli in 2016, MapaNica wanted to extend this napping to other cities in Nicaragua. They also wanted to expand the scope to include not only local bus routes inside the city but also the bus connections between cities as well as water transportation, with the goal of creating a nationwide General Transit Feed Specification (GFTS) - a data specification for public transportation schedules and associated geographic information. With the help of a HOT Microgrant, MapaNica has moved closer to their goal by mapping the transport system in two cities: 11 urban bus lines in Matagalpa and 12 bus lines in Granada.

During the project, they held several training and mapping parties with university students to train them on iD Editor, Mapillary, OSMTracker and Umap. MapaNica also engaged the OSM community across the FOSM Colombia mailing list, Telegram, Facebook, and Twitter to map transport routes in the prioritized cities.

Although the main beneficiaries of MapaNica’s work has always been the users of public transport in Nicaragua, they have also provided data for geospatial analysis, urban planning, the improvement of transport systems nationwide, and advocacy for mobility policies. In doing so, they are empowering people to use open data and participatory technologies to solve common problems in a collaborative and self-managed way. 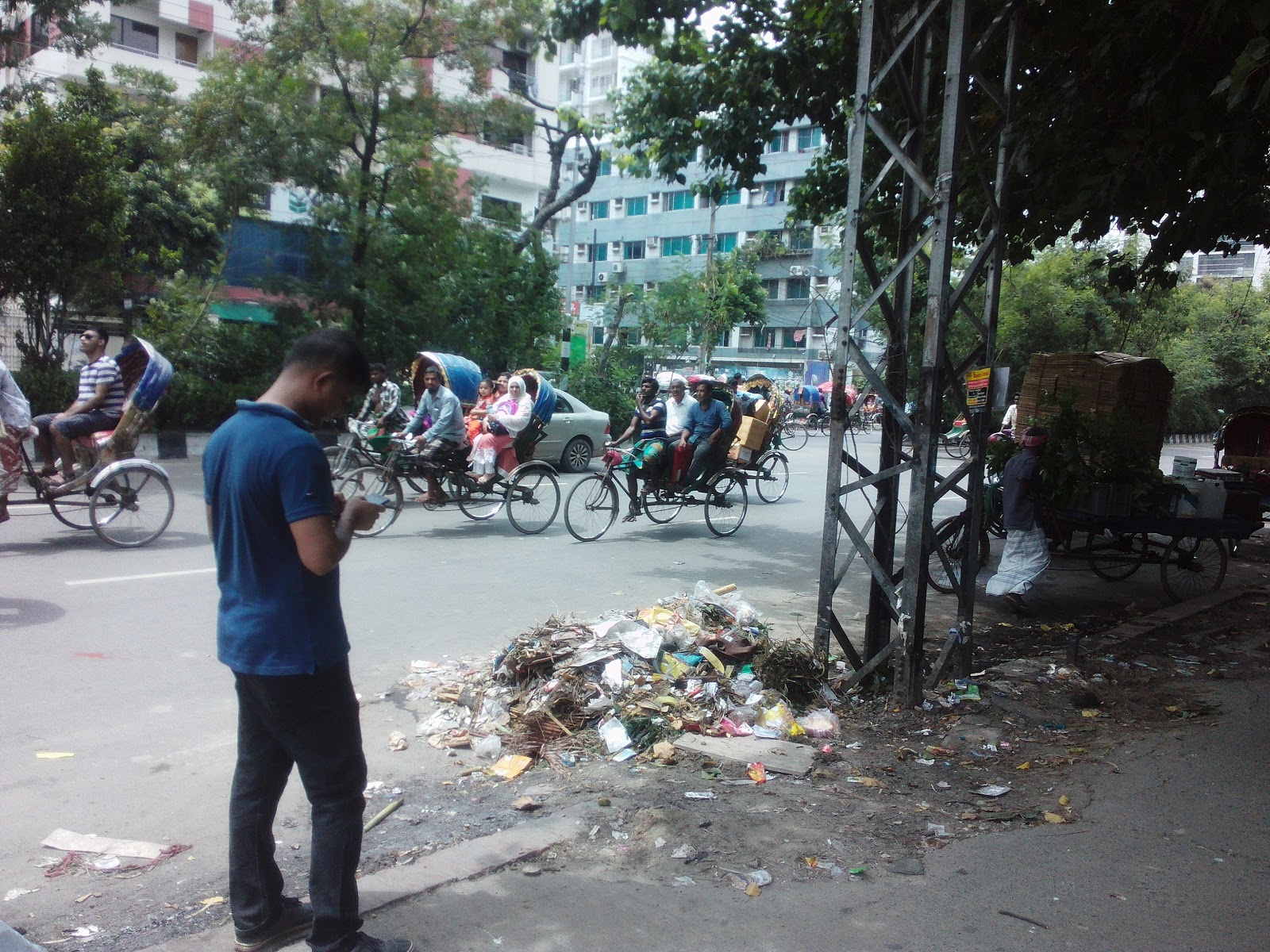 With a population of 17 million, Dhaka is one of the world’s megacities and is experiencing a population boom. The city generates 4,500 tons of waste in a single day, but 40-60% of that never makes it to the existing city waste management system, causing a huge negative impact on people’s health and the environment.

With this in mind, YouthMappers Dhaka College, with the help of a HOT Microgrant, have mapped out 528 waste disposal points in 20 wards of the Dhaka South City Corporation, the historic area of Dhaka that is most vulnerable to different types of environmental, natural, and man-made disasters. Although Dhaka College is an all male institute, they included volunteers from the OSM Bangladesh Community to ensure female participation in the project.

All the collected data has been made publicly available through OpenStreetMap, including the location of waste bins set up by the city authorities, waste disposal points, waste transfer stations, unofficial open garbage disposal points, and landfill sites. These locations also have geotagged photos available.

Through the project, YouthMappers Dhaka college were able to provide field data and analysis to the local government and agencies. They also cultivated local community level awareness during data collection and built the capacity of the mapping community on mobile data collection tools and analysis. 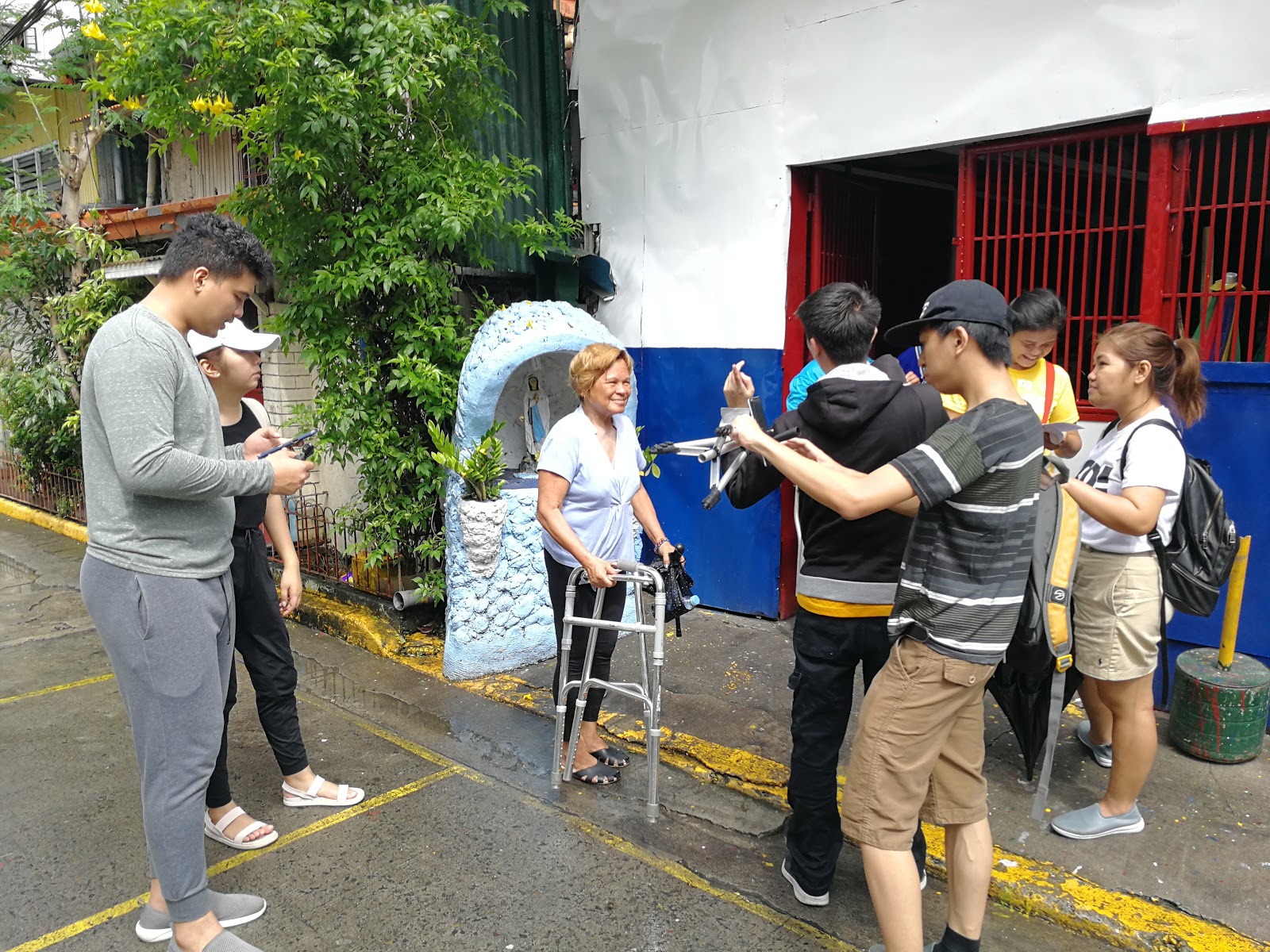 Action for Resilient Communities in the Philippines used their HOT Microgrant project to work with Persons with Disabilities (PWD) organizations such as Tinig at Lakas ng mga PWD sa Maynila (TILAK) to help them create a digital database for PWD by collecting data using Kobo, Field Papers, and Mapillary. Working with the FEUTech YouthMappers chapter, they were able to map points of access infrastructures for PWD including ramps, public elevators, public transportation, and various hazard/emergency maps. In the process, they made mapping an integral component of Juanda, their disaster risk reduction and management capacity building program. 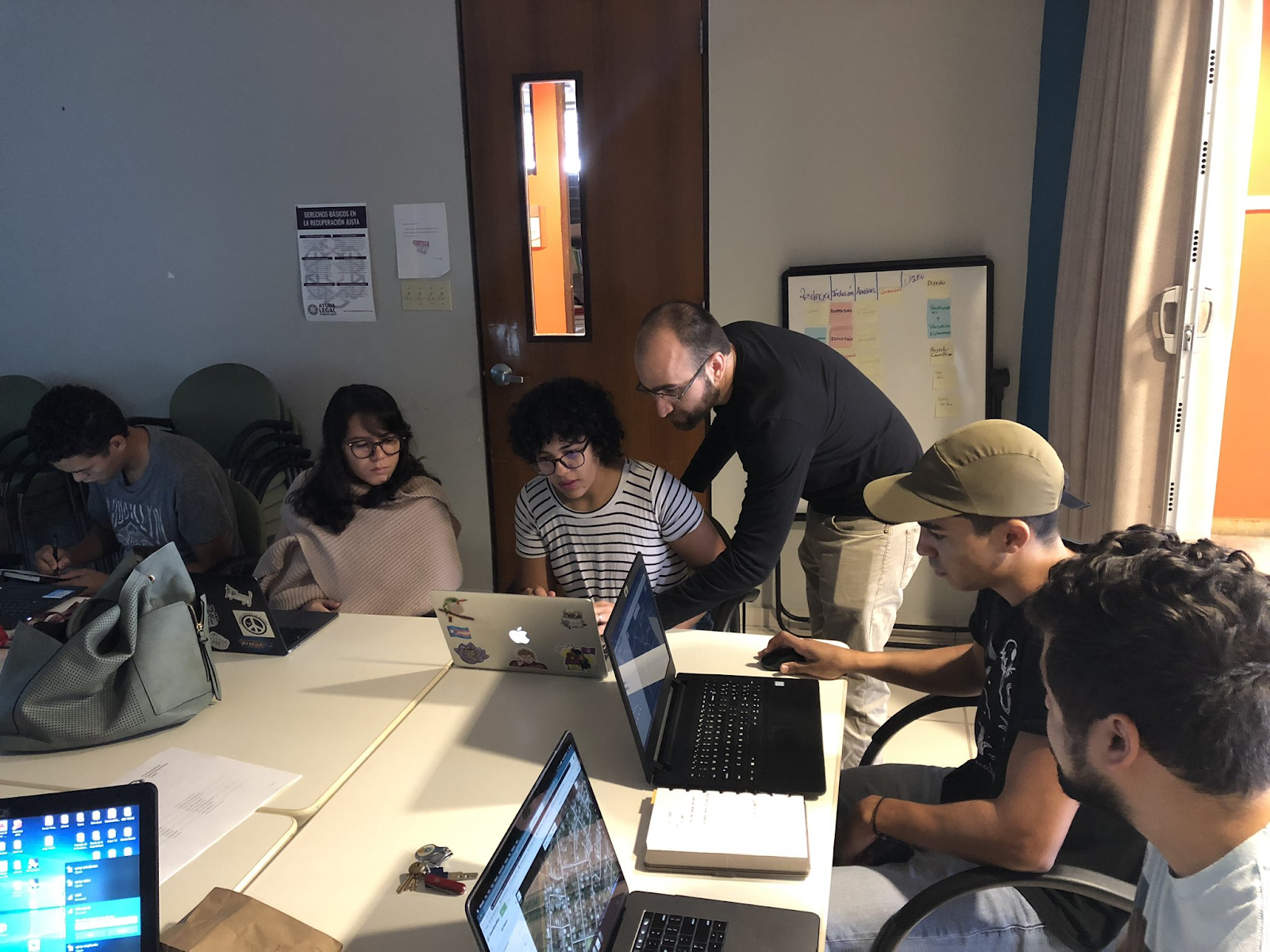 Abandoned structures, solid waste accumulation in the streets, sound pollution, and inadequate infrastructure are just some of the difficulties faced by residents of Río Piedras in Puerto Rico. Data collection, management, and publication became crucial after the impact of hurricanes Irma and Maria in 2017. With the help of a HOT Microgrant, Cuerpo Consultivo para el Desarrollo de Rio Piedras (CCRDP) have created the first community‐based disaster preparedness and recovery mapping inventory in Puerto Rico using Ushahidi.

CCDRP worked with 38 volunteers to conduct three field projects to map critical infrastructure including 275 street lights in eight neighbourhoods of Rio Piedras. Later, CCDRP organized a workshop to transfer the data collected in Ushahidi into OpenStreetMap.

Through their mapping activities, CCDRP has been helping the community of Río Pedras to document and share data to increase resilience to future disasters and to identify unmet needs based on grassroots feedback.

Larabanga is a town home to about 5,000 people in the Gonja region of Northern Ghana, a gateway to Mole, Ghana’s largest national park, and home to the Larabanga Mosque, one of the oldest mosques in West Africa dating back to the 15th century.

LECLARA (Legendary Club of Larabanga), a community based organization in Larabanga, wanted to tackle the problem of youth unemployment in the region. With the help of a HOT Microgrant, they used OpenStreetMap to support tourism to Larabanga.

With support from OSM Ghana, LECLARA trained 15 youth on OpenStreetMap, QGIS, JOSM, and the HOT Tasking Manager, and they have mapped 320 km of roads, 4279 buildings, and conducted field mapping to add schools, banks, mosques, and hotels to the map of Larabanga.

In order to make the information accessible to the public, they created an interactive map to showcase their resources, culture, and history to the rest of the world to encourage people to visit Larabanga.

The HOT Microgrants program has supported 34 local communities to scale up their mapping activities since 2017. If you are interested in HOT’s Microgrants, consider applying for the Community Impact Microgrants that we are currently offering in cooperation with Facebook. Applications are open through July 30. 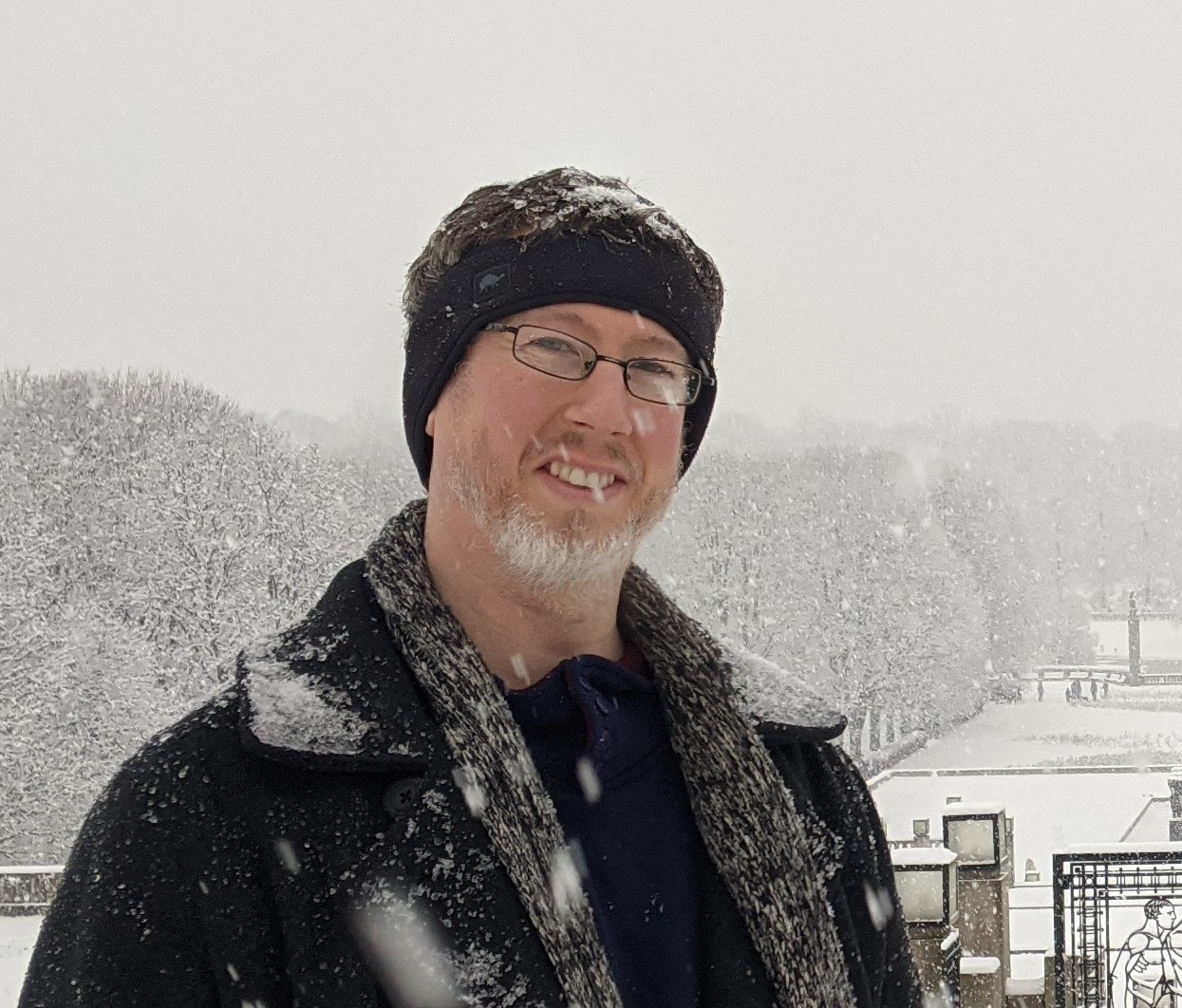