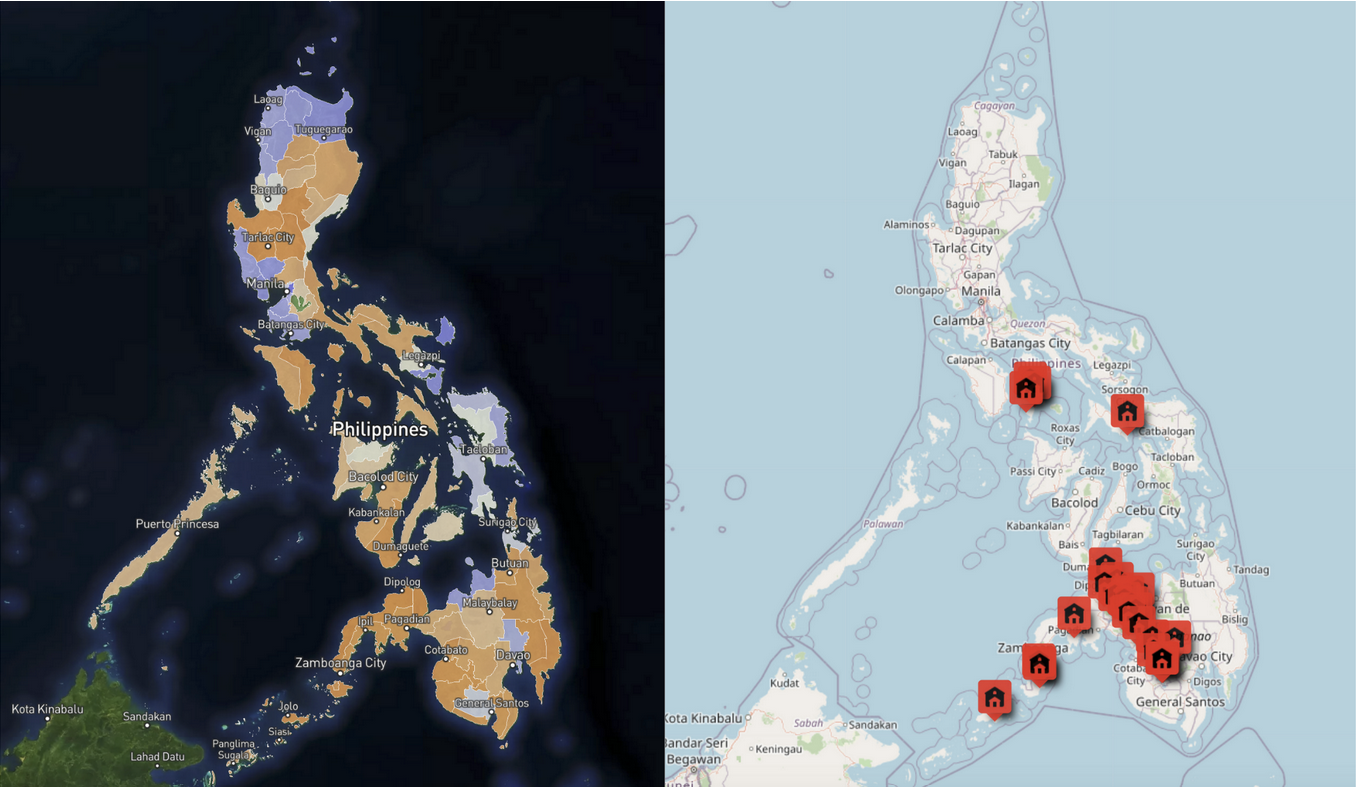 With support from a Facebook Community Impact Microgrant, MapBeks and the Philippine mapping community have been working to map the most remote and unmapped towns in the Philippines.

This article originally appeared on MapBeks.

MapBeks, an emerging mapping community in the Philippines and one of the 2020 Facebook and Humanitarian OpenStreetMap Team (HOT) Community Impact Microgrant awardee, launched its UNMAPPED PH (Unmapped Philippines) campaign last September 2020. This project aims to map the most remote and unmapped towns in the country on OpenStreetMap (OSM) through training and encouraging LGBT advocates and allies.

The selection of the towns was based on a study by Thinking Machines PH last June 2020. The study showed the level of OSM building footprint completion at the community, town, and provincial level in the Philippines. The results also identified 24 towns that did not have a single building footprint on OSM. These areas are home to more than 500,00 individuals or 100,000 families, and are located in the most remote areas in the country.