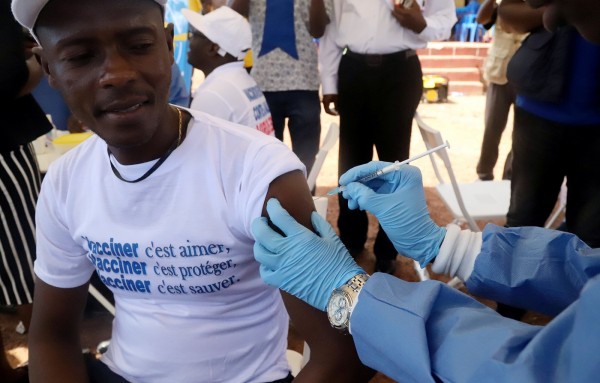 On the 8th May 2018, the Ministry of Health announced the 9th Ebola outbreak in the Democratic Republic of the Congo. According to the World Health Organisation, as of the 21st May, there have been 58 total Ebola cases including 27 fatalities. The OpenStreetMap community have been providing remote support to responders on the ground by adding roads, waterways and residential land-use to OSM via the HOT Tasking Manager. Improved maps will help responders identify and treat areas of infection, monitor patient movement and track citizens that have been exposed to the disease. Health professionals such as Medecins Sans Frontieres have urgent need for up-to-date maps in order to administer vaccines and provide medical aid to patients. During the 2014 Ebola outbreak in West Africa, which killed over 12,000 people, digital mapping became increasingly important in helping emergency managers with their humanitarian emergency response operations.

Currently, a major problem for emergency teams has been locating Ebola victims since many roads are unmapped. On the ground, Claire Halleux, has been leading the OSM DRC team to map buildings, road details and key landmarks, to improve the accuracy and quality of the basemaps being used by emergency responders. OSM volunteers are using GPS trackers or open source data collection tools on android phones to add precise building positions and feature labels to the map. This includes adding accurate street names and region boundaries. Over 300,000 objects have been added to the map in just two weeks due to the tireless efforts of volunteers. OSM DRC are working with local officials and international agencies to set priorities and create projects to improve the epidemiological response. You can help support the Ebola outbreak in DRC by mapping or validating affected regions via the HOT Tasking Manager here.

In 2017 OSM DRC received a HOT Microgrant which allowed them to achieve legal status to scale their mapping activities and increase training provision to new and existing members. In the last year they have established strong relationships with local NGOs and health partners such as the Red Cross and have been collaborating on risk reduction projects. The OSM DRC has grown from 200 to 300 members and female participation has increased from 10% to 20%.

Around the world, the OSM community has come together to support the DRC Ebola outbreak. Without adequate basemaps, medical professional face the next to impossible task of tracking the locations of those who have been exposed to Ebola. Supporting via remote mapping helps people trying to manage the Ebola outbreak on the ground to do contact tracing by providing a quicker way for field responders to locate the villages Ebola is coming from and stop the outbreak. Ivan Gayton, Country Manager for HOT Tanzania, speaks of the importance of contributing to maps which are used by health professionals on the ground;