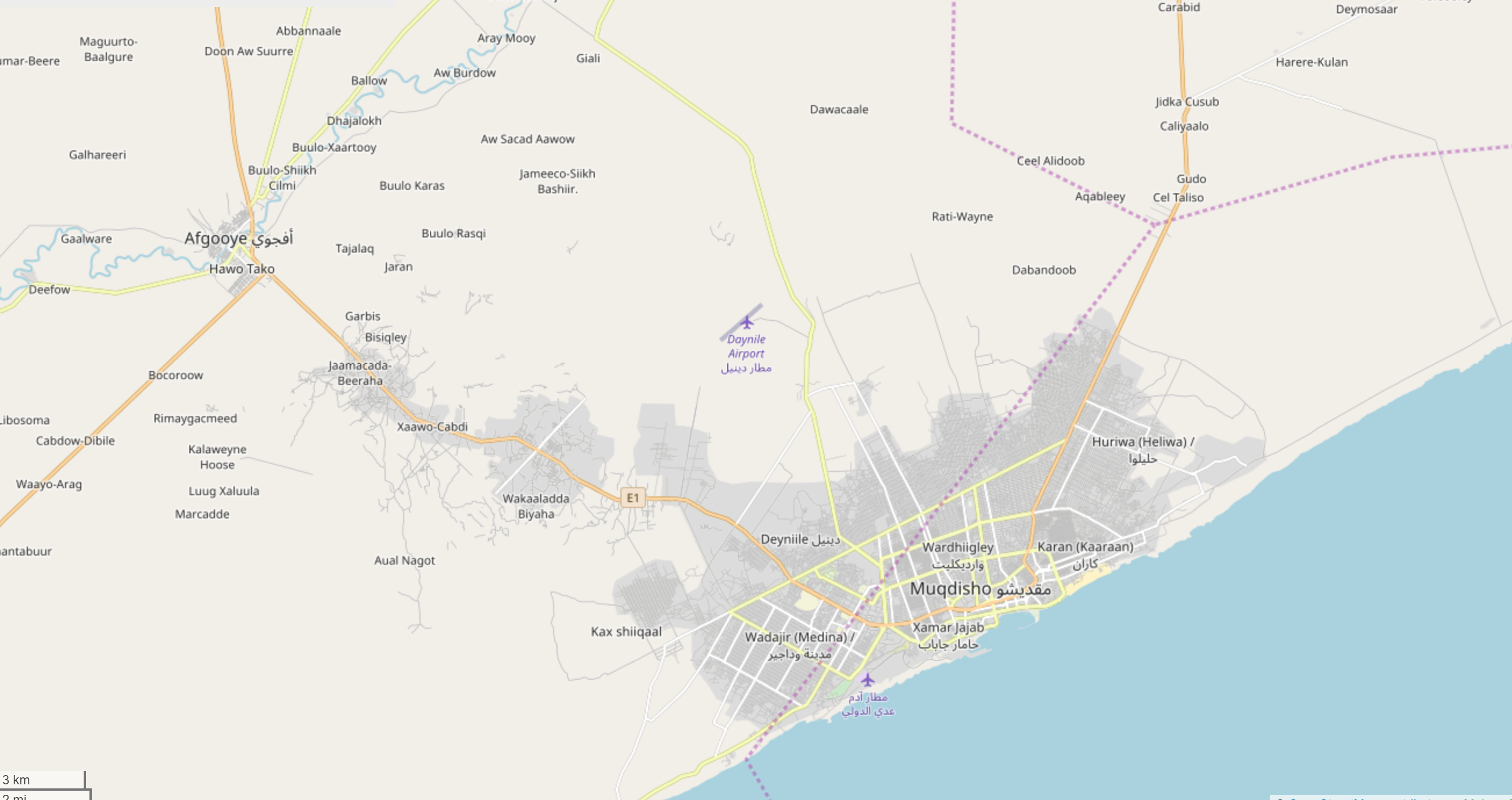 HOT has been working remotely to gather information for Somalia and the rest of the Horn of Africa. This is in response to the severe drought and famine crisis the is ongoing in the area.

HOT has been working remotely to gather information for Somalia and the rest of the Horn of Africa. This is in response to the severe drought and famine crisis the is ongoing in the area. This response has included importing compatible data sources, negotiating for access to imagery and tracing of already available satellite information.

The biggest effort so far as been importing the "Mad Mappers" road information. This dataset appears to be the best publicly available road dataset for Somalia. Since there was already information in OpenStreetMap though performing the import took much patience. Schuyler Erle first mapping the information to the OpenStreetMap schema and divided the dataset in manageable chunks for volunteers to work. 128 files were posted and each one individual checked out and data that didn't exist in OpenStreetMap was uploaded. This data is meant to serve as a base for further mapping in the area from satellite imagery or other datasets as they become available. In addition to the import of information extensive tracing of imagery and public domain maps has occurred. This has happened primarily in two cities Muqdisho and Kismaayo.

As more imagery and information becomes available HOT will continue to work on getting it added to OpenStreetMap. There are already additional datasets available and outreach to data providers continues.

Finishing off the refugee camp mapping

Last month we asked people to help map refugee camps in Kenya and Ethiopia.It was an excercise in coordination using the HOT Tasking Manager, but this was initially also an experiment testing out various workflows and organisational interactions as part of a "Camp Roberts" excercise for the acquisition and setting up of imagery. We were working with the U.S. State Department and U.S. Agency for International Development using special aerial imagery from NextView. They wanted to see how, given this imagery to trace from, our community could map the refugee camps in a short space of time.