The activation follows a meeting between HOT, the United Nations Office for the Coordination of Humanitarian Affairs (UN OCHA) and the Syria Needs Analysis Project (SNAP Lebanon, a partnership by ACAPS and MapAction, funded by the UK DFID). During this meeting we were asked to contribute towards base mapping, as well as thematic data and the geolocation of existing datasets.

The humanitarian situation in Syria has been widely reported upon: The ongoing conflict has led to close to a million people leaving Syria as refugees and within the country a population estimated to number two million are currently displaced. Reports from Syria describe a bleak situation within which it is a struggle to access daily essentials such as food and fuel. Civilian deaths far outnumber casualties to either Government or opposition fighters. Following this request from UN OCHA and SNAP, HOT is in a position to provide an incredibly valuable resource.

UNOCHA and SNAP are leading this project. Mapping support from HOT is being led by team member Joseph Reeves. Initial project building and ongoing support provided by Kate Chapman and Nicolas Chavent.

Areas identified as being high priority (with their corresponding pcodes) are as follows:

These will be covered by jobs on the Tasking Manager in due course. We will be mapping many of the standard OpenStreetMap priorities, including roads, buildings and landuse areas. In addition we have been asked to contribute data regarding fuel stations, electrical and water infrastructure, and religious buildings; these should all be reasonably visible from existing aerial imagery. Bakeries have also been identified as important elements to map, but we will not be able to provide much, if any, information about these without considerable local knowledge. Finally, there is a list of 903 place names obtained from census data that needs to be geo-referenced.

Many of the geographic areas listed above are already reasonably covered within the OSM database, largely due to informal mapping responses to the ongoing crises. We will be aiming to map all areas to a consistent high standard.

We will initially be reviewing the currently available data and identifying new potential sources. We are looking to find volunteers who are comfortable with Arabic and provide any training they might require in OSM. Shortly after this we will be creating jobs on the Tasking Manager before working with Arabic speakers to geo-reference the previously mentioned place name gazetteer.

Keep informed of the process

To follow the progress of the project please follow updates on this blog, as well as further details on the HOT mailing list and the Syria Wiki page. We are expecting that this project will develop quickly, so please check back soon, or get in contact, for further details. 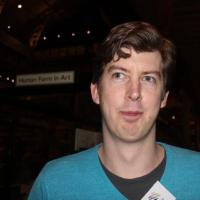