Early this year, HOT was activated in Mali. Pierre Beland took the lead on this activation, and produced for OCHA this excellent report. Recommended reading, for the comprehensive qualitative and quantitative look at this creative and awesome collaboration. I'd personally love to see this level of... 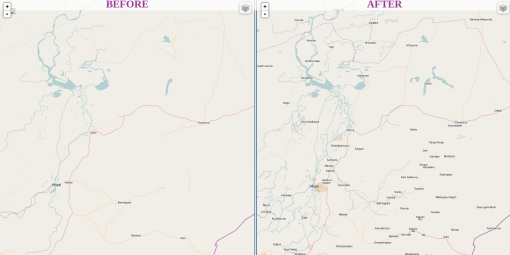 Here's the before/after comparison in Mali.

Mali villages are often isolated in its huge expanses of deserts. The location of villages was micro-tasked through a newly built, custom tool, Kuona, which guided more in depth mapping. The team analysed connectivity of villages over roads and the extent of flooding. Roads in Mali don't really conform to the usual OSM standards, where a dirt track can actually be a major road way for a region, so Mali highway tagging standards were documented. 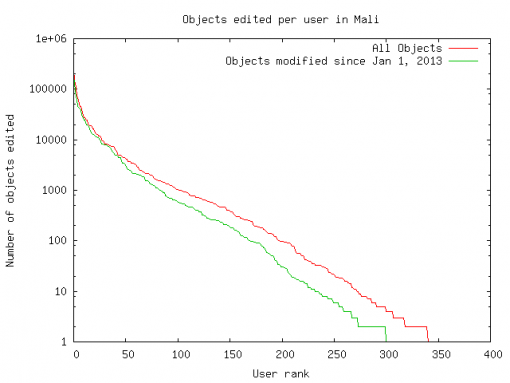 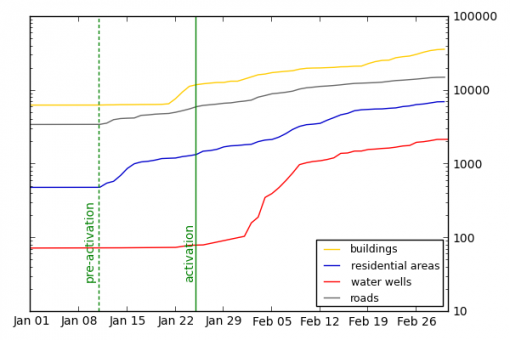 Over 1 million new nodes were created by 336 mappers during the activation. As with most HOT activations, the support team centered coordination on the #hot IRC channel, including discussions with humanitarian clusters. Well done!