The Ramani Huria team was proud to be part of the first Africa Open Data Conference in Dar es Salaam, Tanzania. The event drew speakers and attendees from all over the world, to discuss, debate and showcase ‘local and global examples of open data being produced, published, visualized, and captured in creative ways across Africa.’

The Ramani Huria team was proud to be part of the first Africa Open Data Conference, taking place in Dar es Salaam, Tanzania. The event drew speakers and attendees from all over the world, to discuss, debate and showcase ‘local and global examples of open data being produced, published, visualized, and captured in creative ways across Africa.’

The conference took place over two days (4th to 5th of September) at the Julius Nyerere Convention Center, with pre-conference events taking place on the 2nd and 3rd of September at the National Museum and House of Culture. 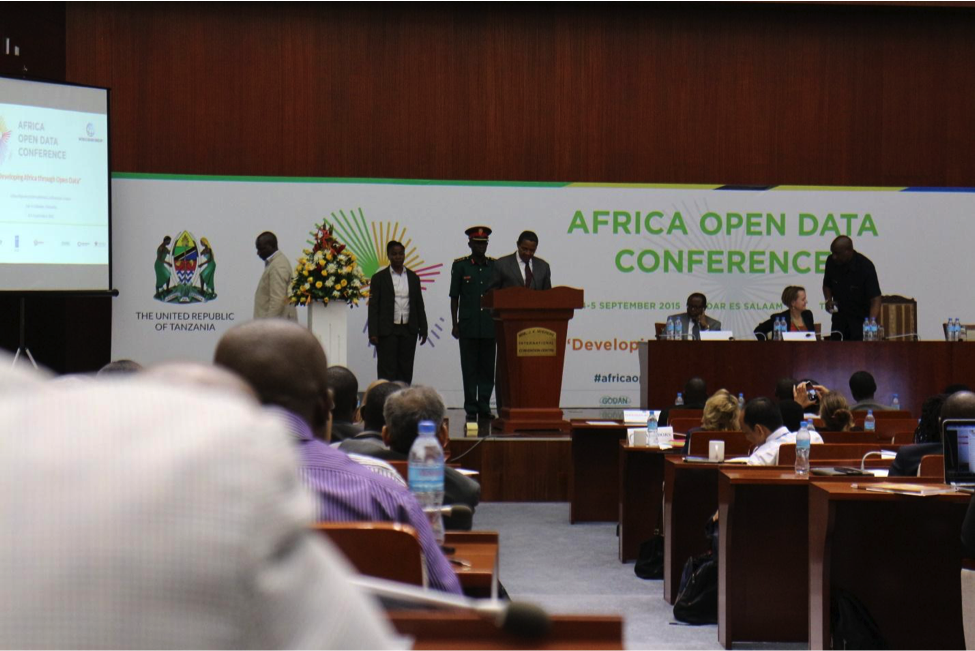 The conference was officially opened by the President of the United Republic of Tanzania, Jakaya Kikwete, who in his opening remarks stated that the event signified the dawn of a new era in Africa’s transformation towards knowledge-based development. The President highlighted that open data can assist institutions, organizations, and individuals in diagnosing social and economic challenges of Nations and societies, and can inform both policy and decision makers. Additionally, open data can be useful in monitoring and evaluating progress and impact. In his concluding statements, he noted that open data is vital to both governments and the citizens who benefit from the services that provided by various institutions.

In addition to opening the conference, President Kikwete toured the expo outside the main conference hall, showcasing key projects utilizing open data. Ramani Huria was proud to display our work to the President, specifically how through using local communities & students we are able to create sophisticated and accurate maps of flood areas in Dar es Salaam.

The biggest crowd pleaser in the expo was the ‘mapping bajaj’! With support from Trimble  & Mapillary, Ramani Huria as adapted a bajaj to hold two cameras, including the Trimble MX7. The mapping bajaj is currently taking street view imagery with these cameras, which will be uploaded to Mapillary – an online map and community of crowdsourced, free and openly licenced street level photos. Anyone can view the current (and continually updated) street views of Dar on the Mapillary website here. With the Mapillary App you can also help add to the crowdsourced map and add street views. 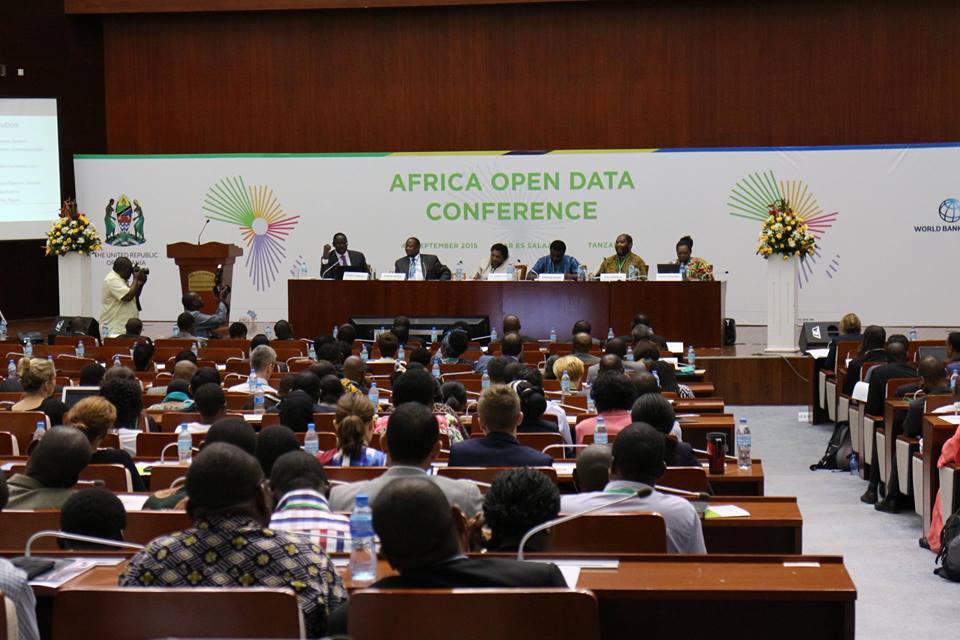 The conference itself consisted of a number of presentations and panels through the two days, with speakers from Tanzania and across the world, all with a focus on open data in Africa. The first panel, led by Maria Sarungi-Tsehai, looked at first understanding and defining open data.

The key idea behind open data being that certain types of data should be freely available to everyone to use and republish as they wish, without restrictions from copyright, patents or other mechanisms of control. It was highlighted that use of open data has grown within the last few years, especially in use in economic development. A number of examples of open data in Africa were spoken about, including the work being done by the Ramani Huria project. 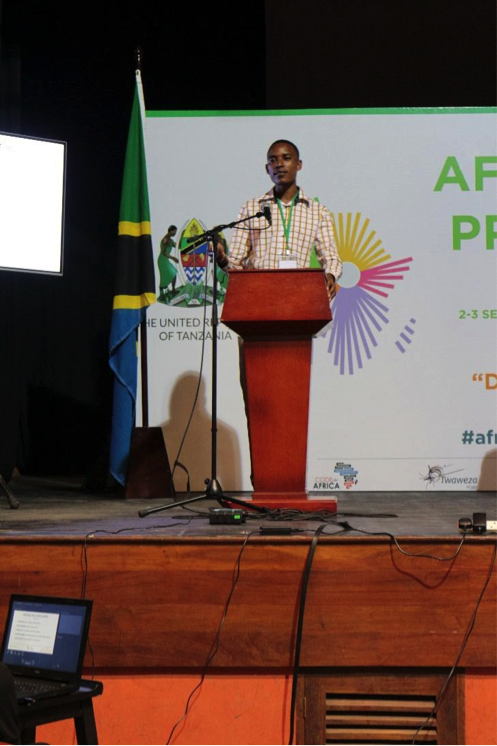 Geoffrey Kateregga, Lead Mapping Supervisor in Ramani Huria, presented the project and how we are promoting open data through our mapping activities across the city of Dar es Salaam, “Of all the cities in Africa, Dar es Salaam is proud to have one of the most detailed maps on OpenStreetMap. With contributions from local community members and university students, these maps are free to anyone to access online.” He highlighted how drones have been used for the first time in Africa to produce high-resolution aerial imagery for mapping flood prone wards in Dar es Salaam. This has ensured accurate and up-to-date data is being used to create sophisticated maps, which are in turn shared on OpenStreetMap. 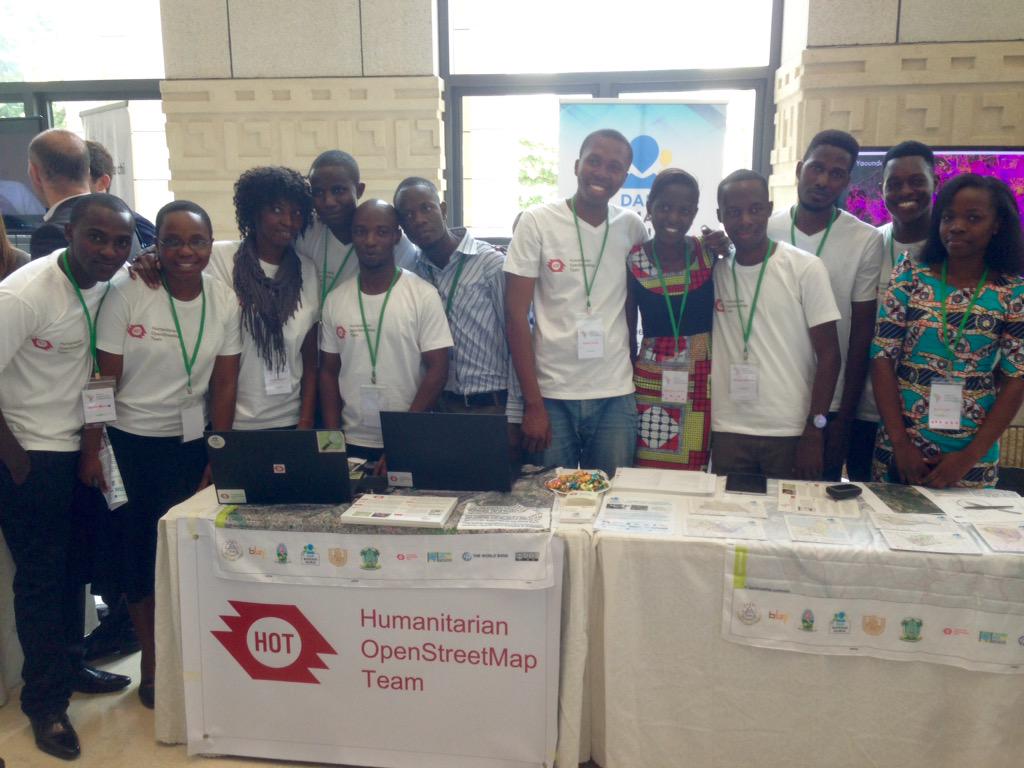 On the second day of the conference, Tyler Radford, HOT Interim Executive Director, presented HOT’s activities in Dar es Salaam and the work being done through the Ramani Huria project. With experience of mapping vulnerable and unmapped locations across the world, HOT is overseeing community mapping efforts in Dar es Salaam in order to map the most flood prone wards of the city. He put the work in the context of open data, explaining that maps are created in collaboration between students and community members, produced and presented to the communities in each ward, and all finally data is freely accessible online to anyone.

For further information about the Africa Open Data Conference, speakers in attendance and all the presentations, see:http://www.africaopendata.net/.