Mozambique is a country of 25 million people on the east coast of Africa, often beset by natural disasters ranging from severe drought to devastating floods as well as civil wars and strife. Dar Ramani Huria and HOT have recently started mapping in Mozambique, to support critical public health work.

Struggling with one of the highest child mortality rates in Africa, the Mozambique Ministry of Health has worked to reduce the death rate for children, which in some provinces means that as many as 10% of the children do not live to see their 5th birthday.

Health Alliance International (HAI), a Center of the Department of Global Health at the University of Washington, has been working in solidarity with the government of Mozambique for over 25 years to improve access to and the effectiveness of the public-sector healthcare system.

For the past 7 years HAI has been running a focused program to study innovative approaches to reduce child mortality in the central provinces of Manica and Sofala where child mortality rates are significantly higher than in other provinces. As they bring their research to a close they are in desperate need of recent population estimates at the provincial and sub-provincial level to evaluate the effectiveness of their activities. Unfortunately the required level of population detail just does not exist. At least it did not exist until now. 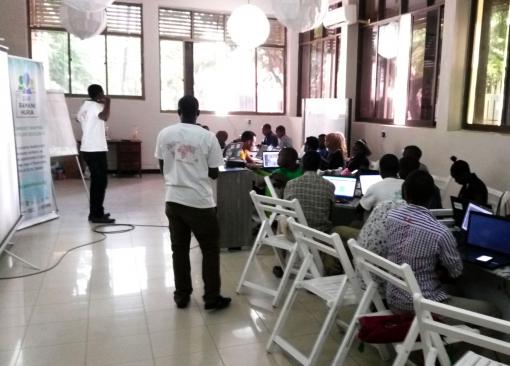 The local OSM mapping group in Dar es Salaam, Tanzania, Dar Ramani Huria, in partnership with HOT and HAI, have embarked on a very ambitious project to fully map every structure in Sofala and Manica provinces. These two provinces cover approximately 135,000 km/sq which is about the same size as the country of Greece.

Starting on February 1st, 23 experienced mappers and two of the best mapping coordinators in the OpenStreetMap community from Ramani Huria began mapping from satellite imagery in the north of Sofala Province.

When completed in April 2016, this building footprint data set will be a critical part of HAI's and the Ministry of Health's evaluation and planning of further efforts to reduce child mortality both in these specific provinces and throughout the rest of Mozambique. In addition there is already interest and talk of how the data set can be used in several other programs to improve the health and welfare of the people of Mozambique and strengthen their civic institutions.

While this specific project is about helping to save the lives of thousands children it also represents a great example of how building local OSM/GIS capacity directly in vulnerable areas has a real impact far beyond the initial projects that foster open geo data and geospatial skills. After working for a year with 160 university students in Dar es Salaam to map the slums of Dar, those same students are now able reach out to their neighbors to help them in their efforts at raising their standard of living and save lives, while continuing to provide skills, experience and opportunities to the women and men of Ramani Huria.

Of course nothing HOT does is possible without partnerships, both local and international. In addition to partnering with Ramani Huria for their mapping and regional expertise, in order for this project to succeed, we needed updated imagery of the fastest growing urban areas in the provinces. For that, one of humanitarian mapping's greatest enablers, Mapbox, came through again for HOT and the kids in Mozambique. They said "Just let us know your areas of interest" and then 2 weeks later they published amazingly clear imagery from 2015 covering the Beira corridor in Sofala for us and all of the OSM community to use in our mapping. This imagery covers the 2nd largest city in Mozambique as well as the cities further inland with a total population of well over 500,000 people.

Congratulations and thank you to the Mozambique Ministry of Health, Health Alliance International, Dar Ramani Huria and Mapbox for getting this project off to a great start and allowing HOT to play a role in improving the lives of women and children in Mozambique.

We will keep the HOT community updated on this project as it progresses and please get in touch if you have other ideas for maps in Mozambique. 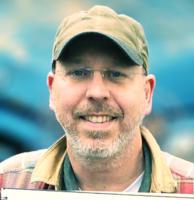