In August 1-4, HOT Indonesia, represented by its Communications Specialist, had the opportunity to attend Regional Expert Meeting for rural development and poverty eradication in Udon Thani, Thailand, sponsored by the Royal Thai Government, Thammasat University, UNESCO, and several other regional organizations. He uses the opportunity to promote the work of HOT being targeted, either directly or indirectly, to revitalize rural development. 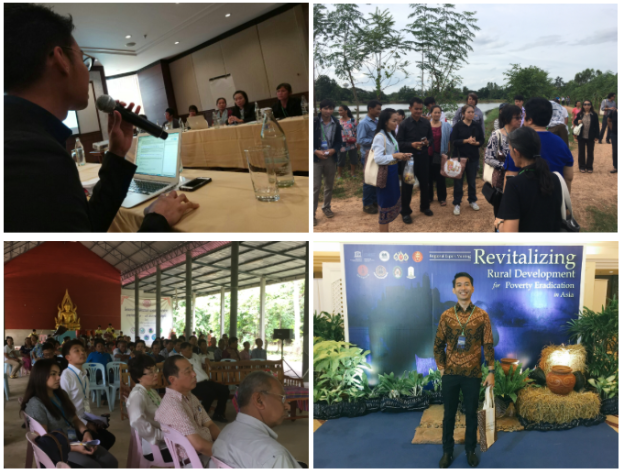 Rural areas are often associated with the lack of infrastructures and accessibility, poverty, and large dependence on agricultural sector. Over half of rural population either live in extreme poverty or near-poor situation, with the latter still being vulnerable to fall back into poverty, when confronted with shocks and crises, such as failing crops, falling food prices, extreme weather, political crises, illnesses, accidents, and disaster events. Although extreme poverty (people who live at US$ 1.25 / day) had been successfully halted in 2010, people in near-poverty living in rural areas are particularly vulnerable to risks and emergency situation. On the other hand, widening inequality is exacerbated by the rapid growth of IT revolution in various industries, boosting growth in urban areas with adequate infrastructure, but often do not serve rural markets well. In addition, climate change causes extreme weather events that disrupt food security and affect the livelihood of the poor whose income dependent on agricultural products and other labor-intensive extractive industries.

HOT Indonesia has streamlined its efforts to reach out to rural communities to harness the power of participatory maps. Open-source tools, such as Ushahidi and OpenStreetMap, are very powerful to help communities locate and visualize lifeline infrastructures, or the lack of it. It can be utilized to advocate for multifarious issues and enable more accurate, data-driven, evidence-based policy making and problem solving. There are cases where HOT also respond to near real-time disaster events, where map data is not available. During Pidie Jaya earthquake in December 2016, for example, HOT mobilized its network of volunteers to map the entire region, covering nearly 105,000 building footprints and over 4,000 km roads. This had helped decision makers to accurately dispatch first-responders in the field, to identify places most affected by the quake, and to distribute humanitarian aid in places previously unidentified on the map.

Whilst doing all the aforementioned, HOT also proactively promotes the inclusion of women, realizing that poverty among women-led households with children are nearly 87% higher than its male counterpart, according to Economic Policy Institute. In Indonesia, HOT also works together with other marginalized groups, including persons with disability and youth, knowing they are disproportionately affected in many socio-economic issues and that their voices matter in policy making. HOT also collaborates with faith-based organizations when approaching rural communities. 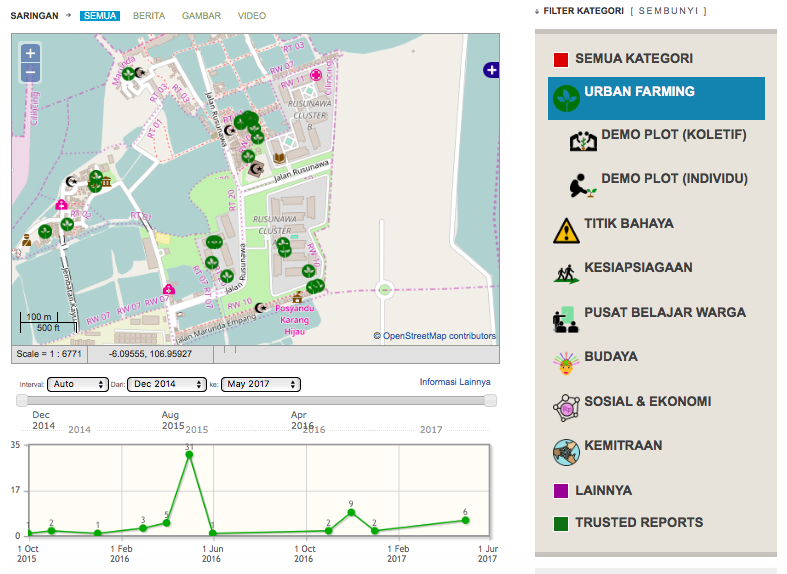 Image 2. Communities in Marunda produces their own maps and can register PoI and report events on their own.

Since 2011, HOT Indonesia gives technical assistance and support to Indonesia’s Disaster Management Agencies in national (BNPB) and district level (BPBD), covering 136 disaster-prone, priority districts, many of which are in rural places. In addition, HOT trained communities in city’s outskirt to map various points of interests, such as spots for urban farming, SMEs, training centres, evacuation centres, cultural and tourism sites, waste management and recycling sites, et cetera. Large-scale exposure data and lifeline infrastructure mapping projects, such as that provided for tools, like InAWARE and InaSAFE, although now are tested and run in big cities, can easily be replicated in remote places, where internet penetration is minimum.

In other parts of the world, HOT also invests in collaborative work to help tackle development challenges by a variety of means. These projects, include giving Microgrants for mapping projects; Missing Maps’ malaria elimination in several African, Latin American, and Southeast Asian countries; humanitarian maps of camps for refugees and internally displaced people in Turkey and Uganda; and financial inclusion maps in Uganda. Many of these activities also provide tools for SDGs attainment and monitoring, whose overarching mission is to eradicate poverty in sustainable manner. OpenStreetMap can help accellerate many of these initiatives and HOT is honored to present its work in the Regional Expert Meeting for Asia