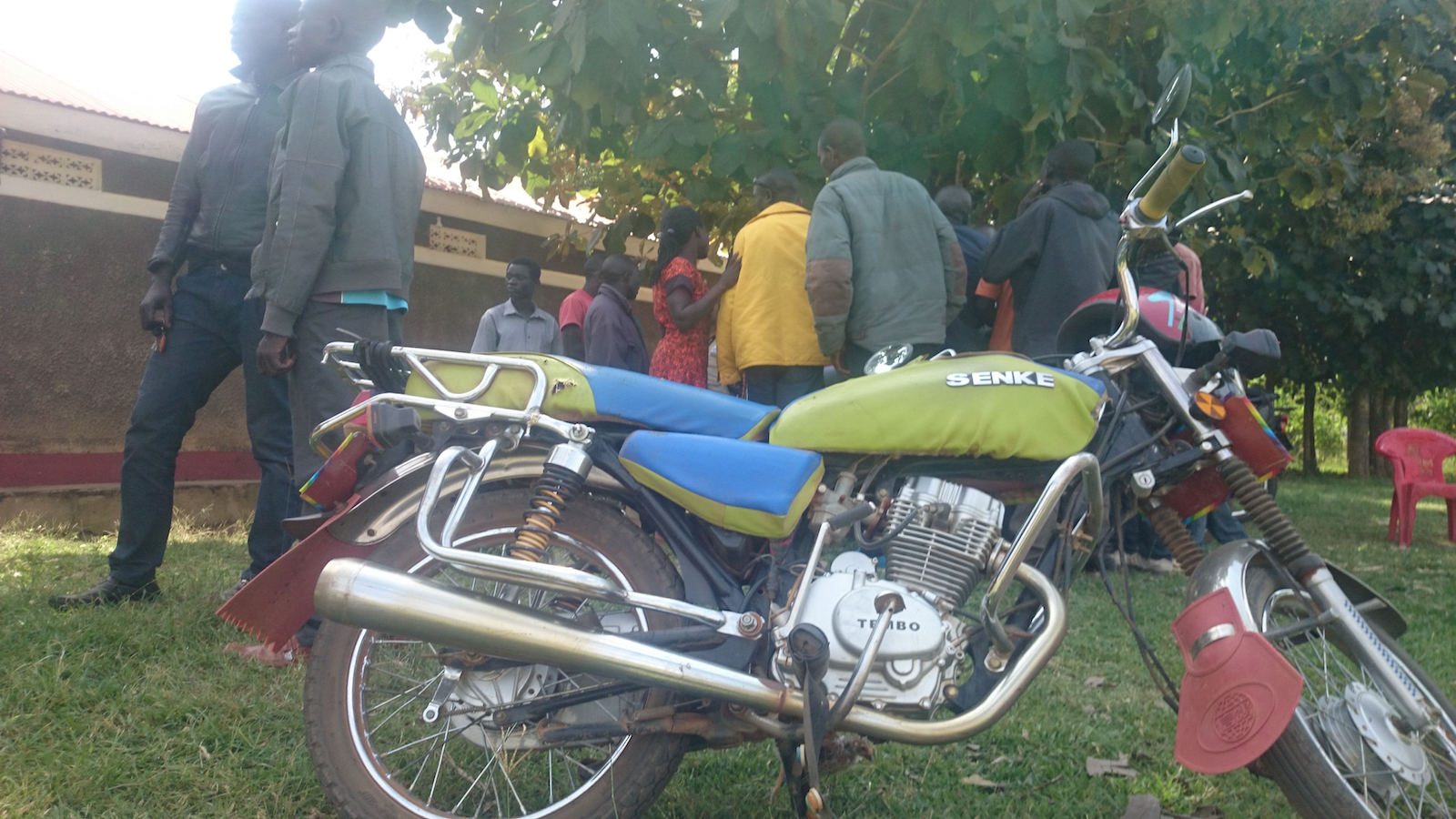 Uganda’s capital city, Kampala, has Uber taxis. It is crazy. They are highly unreliable, not surprisingly given the traffic behaviour here - which could only be described as ‘creative’. The service is worth having though, but Boda Bodas (Mad Motorcycle Taxis) seem a better option around the city. One particular morning, spinning along in the cool morning air in the beautiful city of Kampala, I realised that these BodaBoda riders have what in London is called ‘The Knowledge’. This is the term which refers to the mental retention of every street and its whereabouts in central London.

Black Cab drivers in London have to sit an exam before they can get their license to drive a black cab. In fact, wikipedia has it that after sitting this exam: ‘There is evidence that training for the Knowledge can measurably alter the hippocampus of trainee cab drivers. The hippocampus is the area of the brain used for spatial memory and navigation, and is generally larger in taxi drivers than in the general population.[15][16][17]’! Uber drivers may, or may not have ‘The Knowledge’ but like cabbies, Bodas are proud of their status, their profession, and, it seems, their hippocampus.

There is no ‘Knowledge’ exam in Uganda, but Boda Boda riders are famous for their local geography. And this is where the idea of Motorcycle Mapping came from. In order to get the very best map data, we deploy the formula: ‘Local People, Local Tech, Just add Knowledge’. We train local community members who are familiar with, and trusted by, their communities. When they go further afield, having gained surveyor experience – even expertise, they depend more and more on their Boda Boda rider. 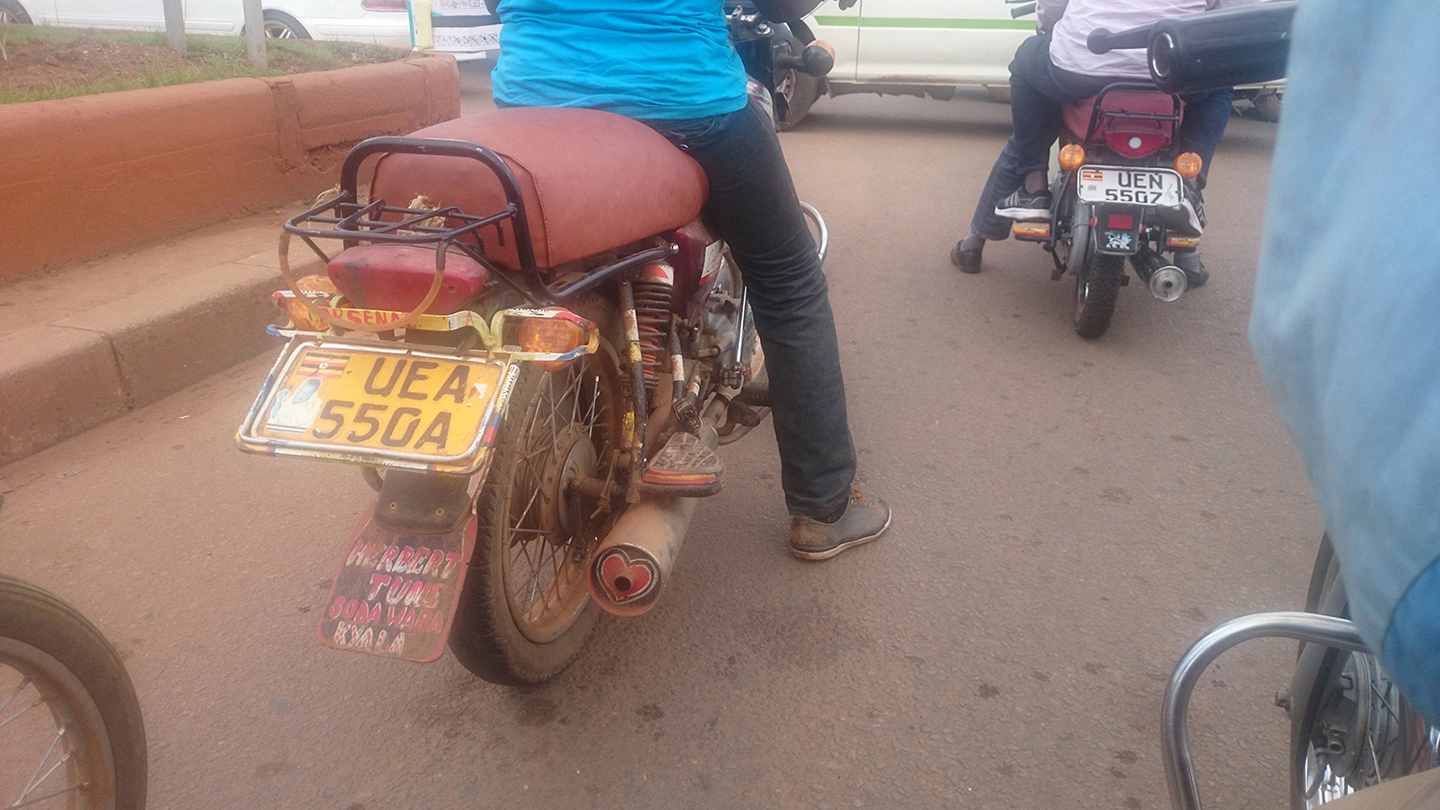 Decoration and Customisation is a major part of practical ownership

Bodas provide a public service, and expect to protect as well as serve. Usually the motorcycle is the family business - whether a refugee or Ugandan family. It is a way to survive, and the 100cc bikes are often prized more than a bigger bikes, because they represent income and social cohesion.

The boda is usually, of course, used only by the locals. NGO workers either will not or cannot take a ‘Bodaboda’ to reach their destination, and are seen peering out from behind the glass of a Large white Landcruiser. ‘Goldfish’, the Boda riders must think. ‘Strange, bleached goldfish’. During mapping training, we assess the riders and their bikes. And then, testing one of the bikes, I will get on one and take it for a test-drive down the road. The bikers are generally delighted in their disbelief that this is really happening. A ‘mzungu’ teacher riding a bike! I get the gears wrong, as they are set-up differently in different locations across africa. This one is all four-down, so you press down on the left foot-pedal once to get into each gear. Progressive. I have stalled a few times before I realise this. But the bikers hoot with laughter, and a bond is made. It’s so easy. Bikers. Professionals. They are good people.

Surveyors working with the local workforce who posess ‘the Knowledge’, have distinct access to a unique source of data. Boda riders can translate, navigate, and also express the nature of the project – its community benefits – to hostile or suspicious locals. 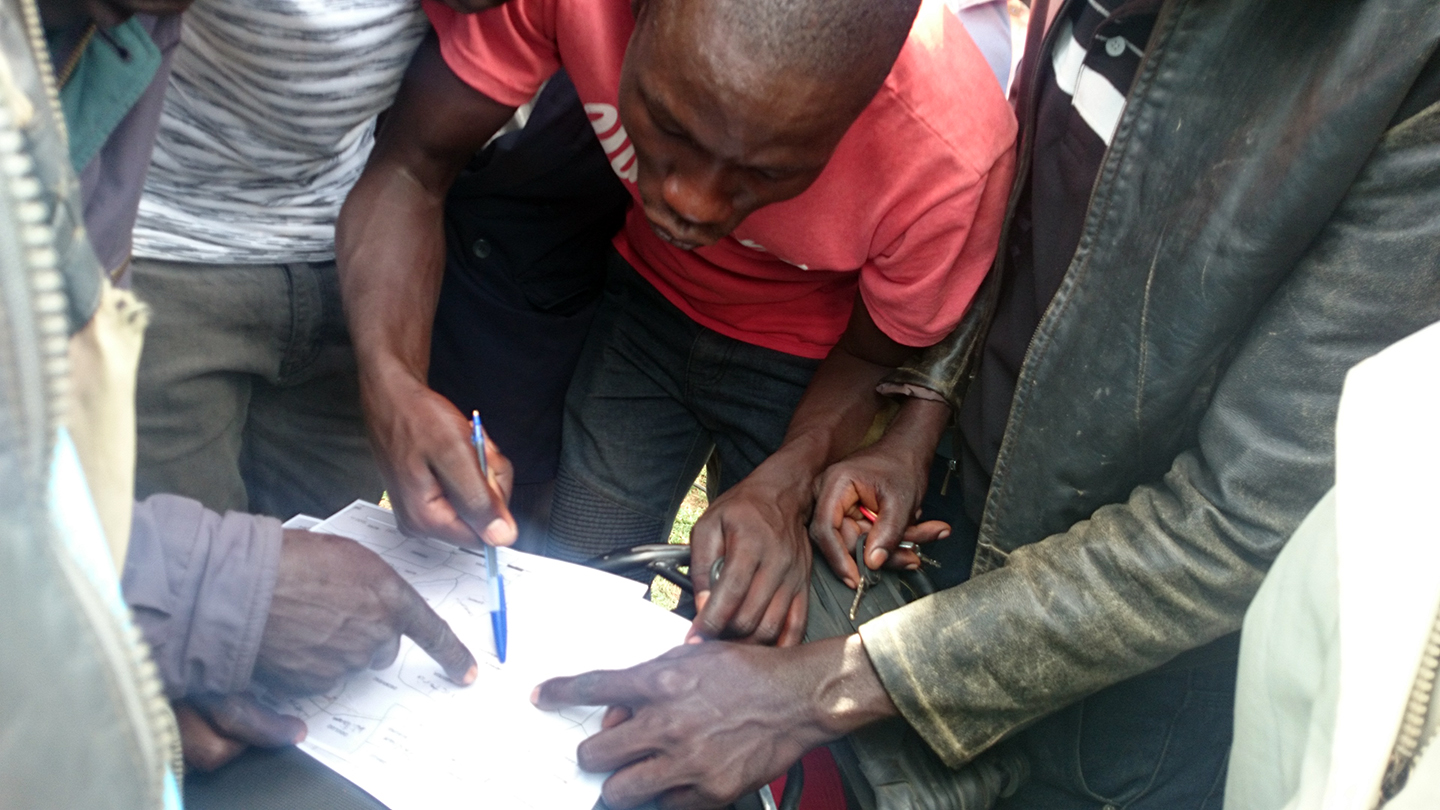 Bodas Strategise on the Bike Saddle - Transcribing ‘The Knowledge’, they draw routes from memory…

Like Black Cab Drivers, the Boda riders havve a professional ethic, and a sense of ‘Duty of Care’. Many a time, their network of ‘brothers in arms’ have protected, guided and assisted our surveyors through thick and thin. Often knowing the local language, they help the surveys to happen, and we actively welcom them into the OSM trainings we do. They always want the OSMAnd ‘free, offline SatNav’, and sometimes get extremely involved in dicussion and updates.

Whilst mapping, we are using whatever county-boundary ‘shape’ files that we can. We have geographical subcounties, parishes, and sometimes even village coordinates from various sources. We use them to allot areas to surveyors. But sometimes they can be a little inaccurate. Uganda’s administration is growing and changing so quickly. A few weeks ago, we were driving around doing assessments and Quality Control on our Surveyors amongst the villages of the ‘Refugee Hosting Community’ in Northern Uganda. We have encouraged people to ‘leave no stone unturned’, in that we, unlike other field-mapping organisations, rely on the ‘full-coverage’ of every community and amenity in a given area. This is our trademark, and our surveyors are devoted - and justly proud - to be making this kind of difference. But it is not without its hiccups!

It is a beautiful dusty sunset in dry season on this particular day, and now, just as we turn to the north toward where the local teacher - a newly-trained OpenStreetMap surveyor is waiting for us, my phone buzzes. WhatsApp. WhatsApp is our coordination platform for the mapping of the Northern Uganda Refugee Communities; communities who, in their thousands, have been flooding into the area for years. We have put together the best maps we can, from satellite imagery, and roads traced painstakingly by members of the 60,000 strong volunteers who proudly identify as ‘OpenStreetMappers’.

But on this occasion, it is not enough. This is a WhatsApp call to tell me that Moses Mawa, a refugee from Rhino Camp Settlement, has been ‘arrested’. Stop the car. Immediately we stop, people walking on the roadside begin to congregate whilst I make the call. Moses is across a river, having taken his motorcycle over earlier that day. We all know that he is way over the border in a far-flung sub-county. We know that, from the proud images of him, looking less than comfortable in the unstable dug-out canoe. But we have informed the Local Council that he will be there, and so why is he under arrest? And is that really a criminal situation, or simply the community being inquisitive? Sometimes, terms can be misleading in Uganda.

Deploying Surveyors per Parish sending pictures of maps via Whatsapp

As a matter of course, we send members of the refugee community out with local motorbikers (‘Boda Boda’ riders), to both translate and explain to locals that the mapping is for their benefit. Refugees pick up the mapping techniques. Moses is a refugee surveyor, using a Boda rider to translate as he fearlessly makes his way through the potentially hostile countryside, asking penetrating questions to people who will recognise his South Sudanese accent, and possibly wonder who on earth he thinks he is.

It is vital that we have made this contact with the local ‘Sub-County’ authorities before our surveyors hit the ground. And we have - or so we think. On this occasion, it turns out that the boundary has changed since our last data update, and poor Moses has found himself in a completely different district. ‘No, we are not in Arua’, finally comes the message - I talk to the village chairman/chief on the distant phone-line, and explain carefully the nature of our work: We are trying to represent the needs of the ‘hosting’ community as well as the Refugee Community, in order to keep the balance right, and help reduce the impact of the crisis on the locals. Thankfully, he gets it, but this is largely down to the Boda Rider understanding the project, too. Thank goodness for the Boda!!!

Meanwhile, all of our surveyor-boda rider teams record their tracks using ‘OSM for Android’. Digital tracks are produced. Geographical tracks, which are saved on theirs phones (.gpx files). We gather these and use them. We can map a lot from satellite imagery. The remote-mapped detail hand-drawn in ‘mapathons’ by our global community makes OpenStreetMap famous in the humanitarian world. But we cannot map the tracks, paths and causeways known only to the locals, and obscured by the bush or cloud-cover from above. So we use the traces recorded by the motorcycles to overlay new ‘highways’ (we can judge by speed statistics whether they are big or small passageways).

in turn, become the roads - never recorded before - and appear in maps like this: 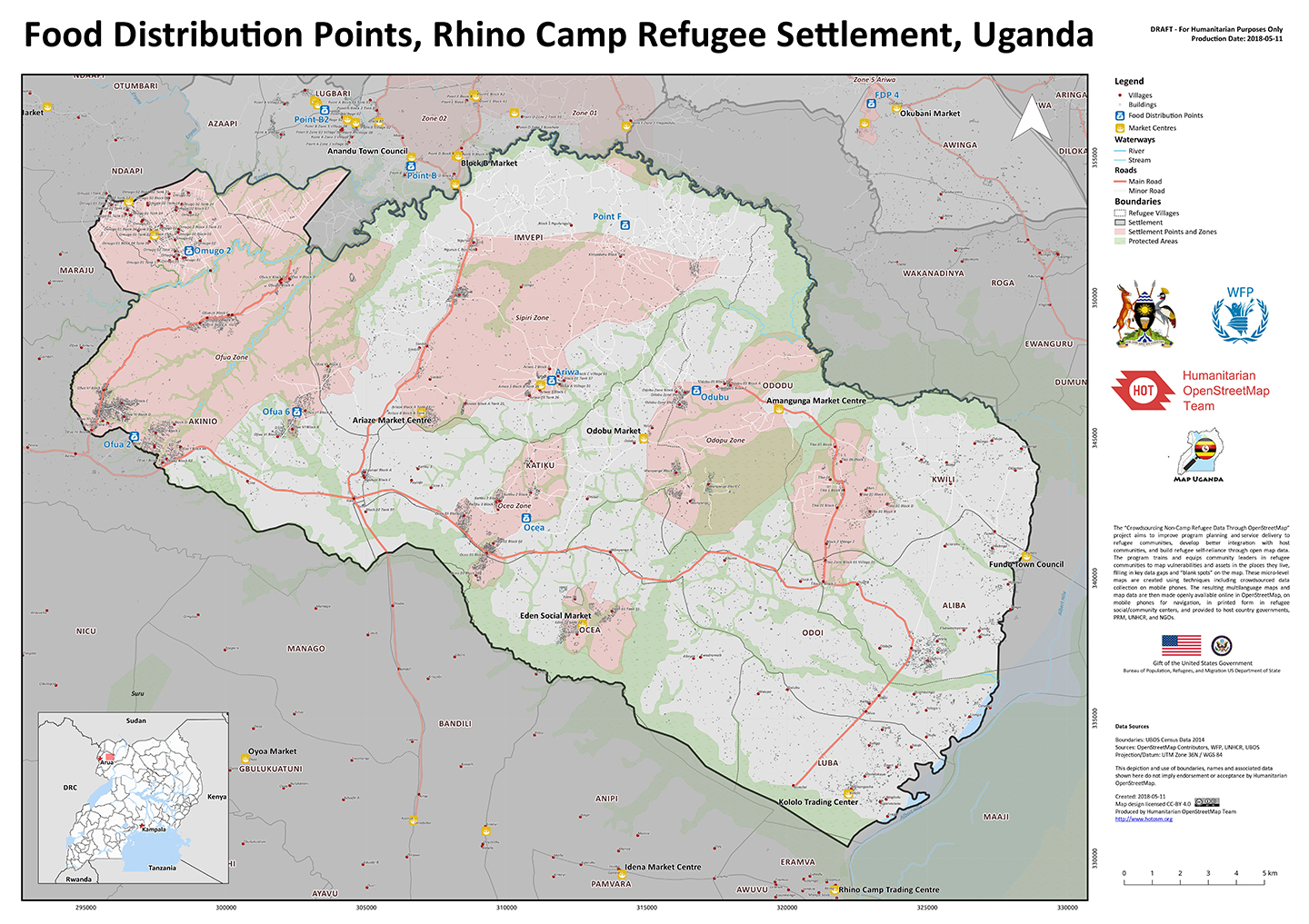 The fearlessness and dedication of Boda riders is what much of our mission, both here and in West Africa, relies on. It is derived from the age-old field mantra, ‘Local People, Local Tech, Just add Knowledge’. It has been deployed before us, in the work of partners like MSF, and we stand on the shoulders of giants. But we stand on the shoulders, too, of the small-business owners, and their sense of common decency and social responsibility. 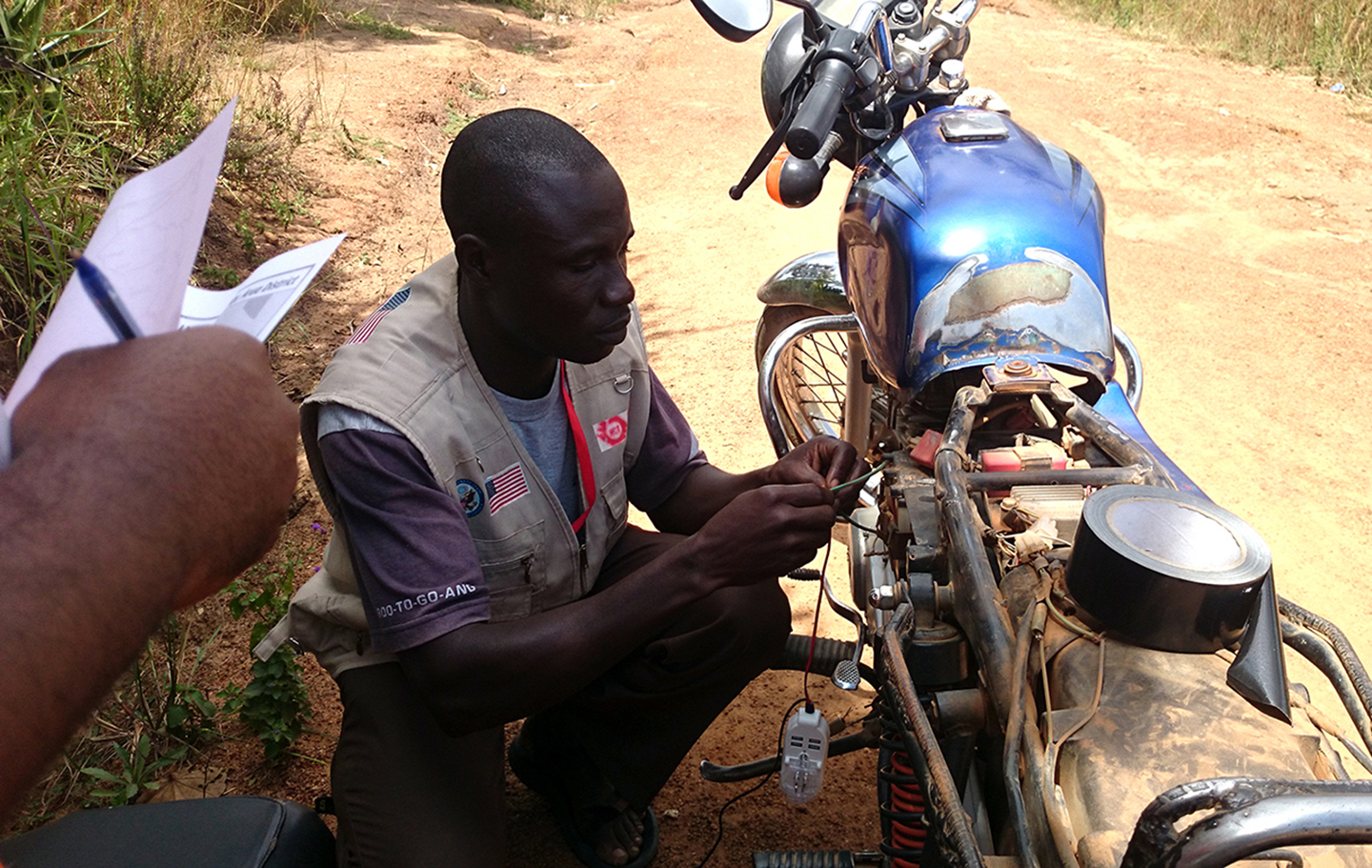 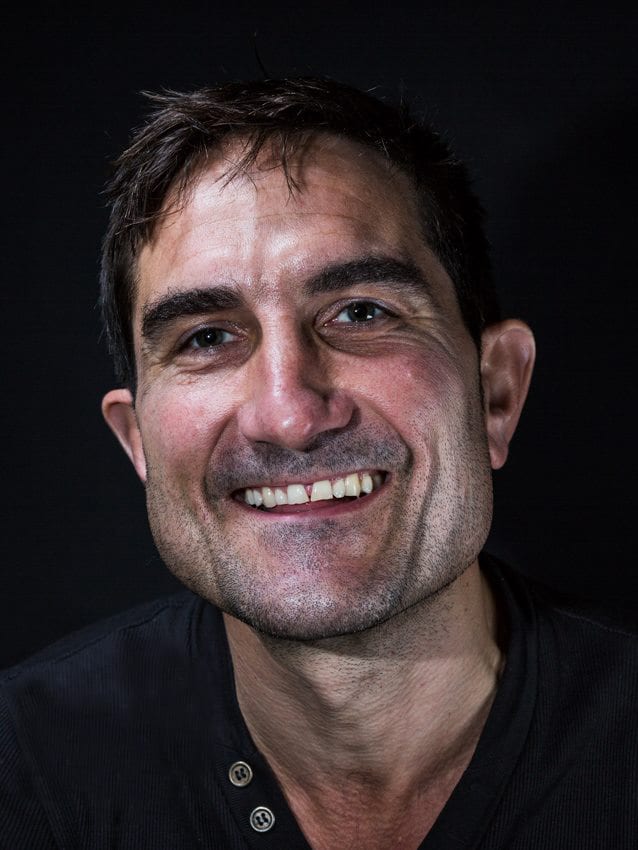