Bamako, the capital and largest city of Mali, is situated on the Niger River floodplain, which hampers development along the riverfront and the Niger’s tributaries. Bamako is relatively flat, except to the immediate north where an escarpment is found, what remains of an extinct volcano. The presidential palace and the main hospital are located there. Originally, the city was developed on the northern side of the Niger River but as it grew, bridges were built to connect the north with the south: the Pont de Martyrs, the King Fahd Bridge, and the Sotuba causeway, which is typically underwater from July to January.

The Open Cities Bamako Community Mapping for a Resilient Bamako project joins the Open Cities Africa cohort that was launched in 2018 and implemented in 11 cities in Sub-Saharan Africa to engage local government, civil society, and the private sector to develop the information infrastructures necessary to meet 21st century urban resilience challenges.

Community Mapping for a Resilient Bamako will focus on collecting the relevant datasets on flooding in AOI to support the Government of Mali in taking measures to increase access to resilience data for informed decision making for disaster response and socioeconomic development.

The project activities will focus on collecting identified baseline information on specific thematic layers such as public equipment, solid waste management, flood management in the entire district of Bamako, and detailed data of one targeted vulnerable neighborhood. This data collection and mapping exercise will lead to:

During the rainy season in Mali (May to October), Bamako receives more than 600mm of rainfall and flooding is common. The most recent flood was May 16, 2019, in which 25 people died and 575 more were affected. 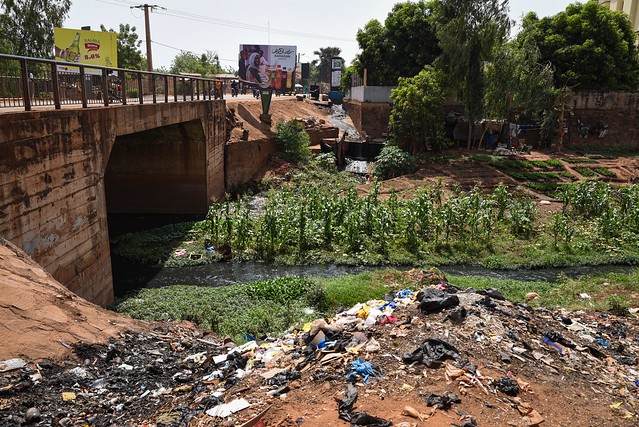 With ‘Community Mapping for a Resilient Bamako’, HOT was able to contribute to data sharing, raise awareness of flooding, and build the capacity of the community for the collection and use of flood risk data.